Mod
Here's the topic to kick off our discussion of Where All Light Tends to Go by David Joy. 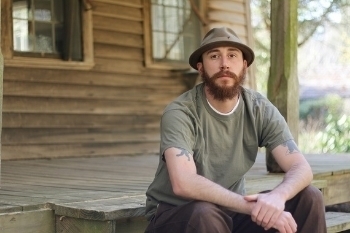 This is Joy's first novel. Joy has lived in Western North Carolina since he was eighteen years old. He currently lives in Webster, North Carolina. Joy studied writing under Ron Rash at West Carolina State. His short fiction has been published in numerous literary journals. Joy is obsessed with fly fishing. His memoir, Growing Gills: A Fly Fisherman's Journey, published in 2011, is considered a fine work on the subject.

Should you notice similarities between this novel and Winter's Bone by Daniel Woodrell, don't be surprised. And are there similarities with the television series "Breaking Bad"? Oh, yes. Joy says he was influenced by both.

The most prominent blurb on Joy's novel comes from Woodrell. "Lyrical, propulsive, dark, and compelling. Joy knows well the grit and gravel of his world, the soul and blemishes of the place." High praise.

As Woodrell calls his work "Country Noir," call this "Appalachian Noir." Joy should be around to stay. His second novel, The Weight of this World is set for publication by Putnam in 2016.

Just finished it, and while I will save my critique for the Final Impressions thread, I will warn you that it doesn't soften much.

Took to this book from page 1. About a hundred pages in now and really enjoying it!

Mod
Paula wrote: "Took to this book from page 1. About a hundred pages in now and really enjoying it!"

Paula, I agree. I'm also deeply involved in this read. Although this may not be the book for every reader, it strikes a chord for me. Having prosecuted and defended those addicted to methamphetamine, the effects of the drugs are incredibly destructive. I've seen families ripped apart because of this drug. I found myself deeply sympathetic to those caught in the cycle of addiction. I have no sympathy for the makers and distributors of these drugs. The McNeelys are the true menace. It is especially interesting that Joy has picked up on the importation of Mexican produced methamphetamine which I saw an increasing problem prior to my retirement from the District Attorney's Office after 28 years of work there.

Jacob McNeely is the young man caught in the middle, recognizing that he is caught in a world hard to break out of. His father is the epitome of a kingpin, completely devoid of feeling for his customers who fall under the influence of his product.

I'm slightly ahead of you on my read. Not to disagree with our good readers who find these characters not quite agreeable, from my experience in the business of law enforcement, these people do exist. Joy captures the personalities of them. His ability to do so is absolutely uncanny.

Through 28 years, I saw different drugs come and go as the drug of choice, cycling back and forth. Early days saw the end of hallucenogenics. Heroin was still prevalent. The drug "industry" looked for substitutes cheaper than heroin. The solution? "Talwin" a common pain killer. An enterprising experimenter discovered that a solution of Pentazocine and a simple antehistamine Pyrabenzamine produced a "poor man's heroin." The drug was known on the street as "Ts & Blues." The drug held sway for a number of years until Lemmon, the manufacturer of Pentazocine or Talwin was persuaded to add an ingredient that would cause violent reactions of nausea when the drug was improperly used in an injectible solution mixed with the antehistamine.

Lemmon sold the original formula to Mexican drug manufacturers. For a number of years we contended with Mexican Talwin which still made Ts and Blues possible for distribution on the streets.

Methamphetamine first appeared as "Ice." Then became known as "Crank." It first appeared to be shipped through motorcycle gangs from the North and Southwest. Shortly thereafter, Meth began to be produced in "labs" throughout the Southeast. Enterprising self taught chemists developed ways of manufacturing Meth in labs, often unsafe, resulting in frequent explosions. One method used the common over the counter drug Sudafed. This product was flying off the shelves so fast that the sale of it was ultimately regulated by statute.

Interestingly, the primary motivation for taking meth was the heightened state of sexual arousal produced by the drug. I was informed by numerous users that the drug produced the greatest sex they ever experienced. Subsequent use was for the purpose of achieving that incredible sexual experience, never attainable again.

Cases of which I am familiar even involved a judge who fell into the same allure of the ultimate sexual experience. He was removed from the bench. Lost his license to practice law. His career was ruined.

So, for those who don't find these characters credible, oh, they exist. All too many of them.

And the state of the drug today? It still exists. However, now Heroin is making its comeback. What I can say with great assurance is that when it comes to the narcotics trade, nothing ever goes out of style. Yesterday's drug "fashions" re-emerge as the "new" balm for today's worries which are no different than yesterdays. What fools we mortals be.

Of course, in between, there's been MDMA, or "Ecstasy" popular among the college set and the "Rave" crowd." That route made the real Meth more popular. Rufies and GHB became the date rape drugs. And Marijuana's always been there and isn't going anywhere. The only question is how many jurisdictions will finally remove it from the "War on Drugs" and turn it into "Big Business."

For every user there's always a supplier. The supplier really doesn't care about the pain he spreads. Nothing personal. It's just business. Y'know?

That song says it all, Josh. Great band.

Chuckle. Melody, our Mods are split on this one. I found it a superb read. Rated it 4 stars. I'm in the process of writing my review. This one is emerging as a love it or hate it read. I think David Joy is an author from whom we will see much more.

I'm reading it now. I keep going back and forth between loving the author's overly southern colloquial Shakespearean writing and wanting him to stop. All the characters have the same voice - this very expressive, very descriptive style and it feels much more like the writer bleeding through rather than the narrator. Usually hearing too much of a writer in a book interferes with my enjoyment. But I kind of like this tatted up Joy guy with his silly hat and I might be a bit soft on him in my review. We'll see. I can turn like a mishandled Plott Hound.

Mod
Melody wrote: "I'm reading it now. I keep going back and forth between loving the author's overly southern colloquial Shakespearean writing and wanting him to stop. All the characters have the same voice - this v..."

I rather like your characterization as a mishandled plot hound. *Chuckle * I believe we are all subject to that. At the risk of hearing some of my fellow Trail walkers groan, I prosecuted people like Jacob's father. They are quite real, horrific as it is to believe. Joy captures that quite well.

I finished the book, Mike, and love it. Stayed up till 1am both nights over the weekend as I couldn't put it down.

Really felt for Jacob. Stuck into something he would like to get out of but couldn't. Very sad.

I really enjoy reading your background when at the DA's office. Totally agree this is real. You comments confirmed what I felt. This book hit a chord with me as well.

Thanks for inviting me to your group.:)

Mod
Paula wrote: "I finished the book, Mike, and love it. Stayed up till 1am both nights over the weekend as I couldn't put it down.

Really felt for Jacob. Stuck into something he would like to get out of but cou..."

Paula, I'm so glad that you enjoyed David Joy's debut novel. And it's great to have you along for walking the Trail! Welcome to exploring the old and the new. I do love this group. :)

Mod
I'll be starting this book today. I'm looking forward to it. I'm sure it's going to be super warm and fuzzy what with being about meth and poverty and all. Wish me luck.

Mod
I'm up to chapter 13 and my attitude towards the book has improved immensely. For starters, any author who starts a book with an epigraph from Blood Meridian deserves serious attention.

It wasn't far into the book that I was intrigued by the author's description of Jacob's life and the dead-end life that faced him. While reading it, the lyrics of the late great singer/songwriter Townes Van Zandt song " Waitin ‘Round to Die" were running through my head. Imagine my surprise when a few chapters later Townes popped up again as the artist playing on a record.

I'm enthusiastically listening to the rest of the story.

Townes Van Zandt was very talented, and it's so sad that his addictions shortened his life. The song has such a haunting quality about it. Thanks for sharing the link, Tom.

I met the author and bought the book Saturday at the SC Book Festival. I keep hearing how the ending is stellar so I'm excited to give it a try.

I posted a picture on my Instagram. I also sat in on a session he was part of called the Dirty South - with Tom Franklin, Amy Greene, and John Lane.

Mod
Thanks, Jenny. That must have been cool. Did he talk much about the book and his experiences or knowledge of that part of NC and the meth trade?

Jenny, nice that you had the opportunity to meet the author!

YAY! Just finished my first trail read! And what a read it was! I thought this was a powerful, brutal, intimate and heartrending story and I'll certainly be recommending it to others.

I was curious as to Joy's meticulous research and/or knowledge of the meth industry and the horrific impact this drug has on an individual. His telling of the effects was simply superb.

It brought to mind a poem that I had seen on Facebook, written by a young Indian girl who was in jail for drug charges, and was addicted to meth. She wrote this while in jail. It is a must read - please do check it out.
https://www.facebook.com/permalink.ph...

Lynda, that's a powerful poem about meth, sounding a bit like selling your soul to the devil.

Mod
Lynda wrote: "YAY! Just finished my first trail read! And what a read it was! I thought this was a powerful, brutal, intimate and heartrending story and I'll certainly be recommending it to others.

Well, first...Welcome to the Trail. Congratulations on joining us for your first read. As Connie said, that's indeed a powerful poem. And, it is true to life based on the many cases I've seen. I caught your review and enjoyed it. Consider dropping over to the topic "Final Impressions" on this novel and posting a link so folks can read it. Again, welcome.