So a Facebook friend of mine posted about The Great Eastern and this reminded me of a biography I read in elementary school, maybe fourth or fifth grade level (aged 9 or 10). This would have been mid-1970s.

It was about an engineer, I think, who was involved in constructing a (the first?) transatlantic cable. I don't remember his name at all.

Everyone in our class had to read a biography, write a book report, and present it to the class (and to parents as well), speaking as if we were the subject of the biography, in appropriate costume. I overheard my mom telling a friend how embarrassed she was, because she hadn't realized it was that big a deal. Other kids' moms had made them really elaborate costumes (Marie Antoinette leaps to mind) and there I was in a top hat I made by painting over a glitter "Happy New Year" with black paint, and maybe one of my dad's blazers.

The point being that the cover (maybe) had a man standing on board a ship, probably wearing a top hat. I remember him being youngish and fairly handsome, not at all like the pictures I'm seeing on the Wikipedia article on the first transatlantic cable (none of the names ring a bell either).

I'm not entirely sure whether it was the first transatlantic telegraph cable. I mean, I guess it must have been, because who writes histories on the fourth transatlantic cable?

I do remember there being a discussion of a "Panic" (which my parents made me change to "Depression" after a rehearsal) but the events can't possibly have been as late as 1929.

Young Man in a Hurry: The Story of Cyrus W. Field?

That would do it! Thanks, Rainbowheart.

Obviously a bit of license on the part of the illustrator. 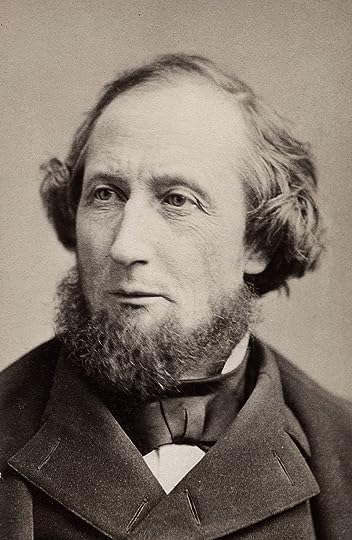 Glad to help out!

Never heard of Cyrus Field. Looks like an interesting choice for a biography. :)

Rainbowheart wrote: "Never heard of Cyrus Field. Looks like an interesting choice for a biography. :)"

I must have gotten to the library after it was picked clean by the rest of the class.