Double decker busses can be found anywhere in the UK.. I regularly catch one to and from Uni...

I like rereading in a different format. Like audio if I originally read the book in print. Plus if enough time has gone by, I’ve discovered that I don’t actually remember the book beyond major plot,points, so it can feel new.

In any case Pratchett is the master of including weird English traditions in a novel.

I just intend to a show discussing precursors to the Telegraph in Europe. Semaphore towers which Pratchett turns in the Clacks. As for the ceremony of the keys....

Melanie wrote: "I like rereading in a different format. Like audio if I originally read the book in print. Plus if enough time has gone by, I’ve discovered that I don’t actually remember the book beyond major plot..."

I rarely re-read. As I get older I realize there are so many books that I want to read in my lifetime and the time to read said books gets shorter. But, when I occasionally do, listening to the audio book of something I previously read is my preferred method too.

As always I'm honoured when Tom or Veronica reads out a comment. Veronica read out my post on the new Athena Club book from Theodora Goss and assumed the picture that I had taken was of 221B Baker Street in London, which is a key address in Book 1.

It was actually of 18 Prinz-Eugen Strasse in Vienna which is (view spoiler)[the home of Irene Norton nee Adler, the only person to outthink Mr Holmes. (hide spoiler)] in Book 2.

Here is a picture from my visit: 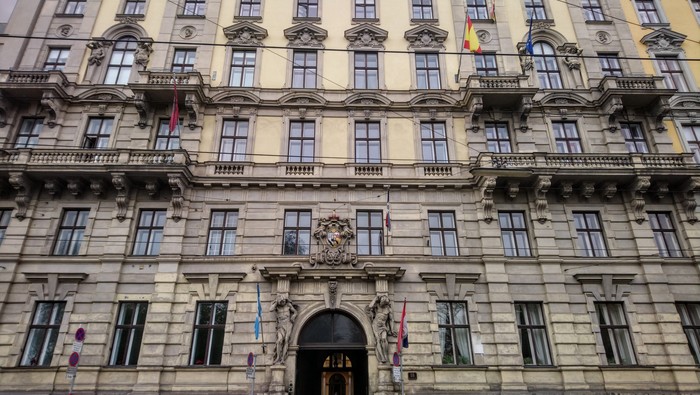 I would hate to disappoint Veronica, here's an actual picture of Mr Holmes' home that I took while in London: 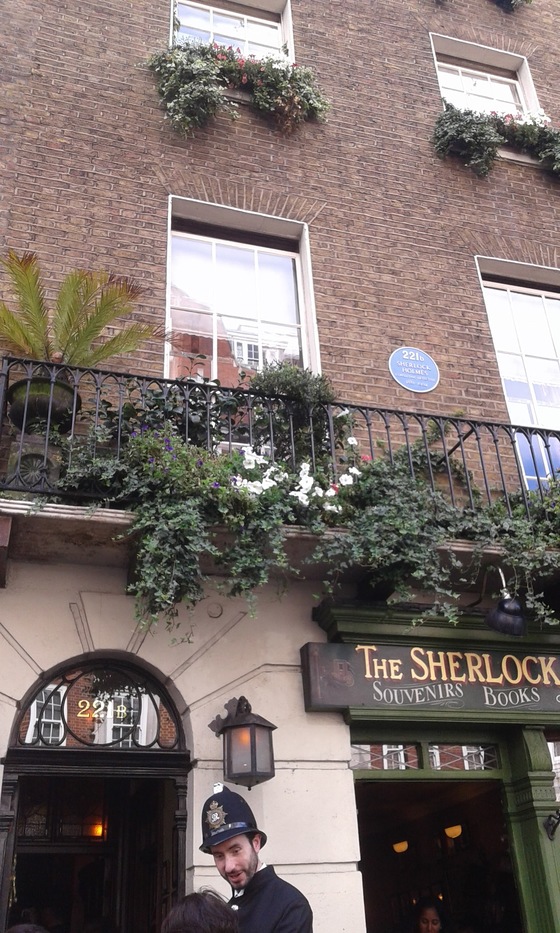 (For purists, I know about the controversy about the address - but this building had such a nice young bobby outside)

Finally catching up on my podcasts as life has been in flux for me lately. Thanks for all the love in this episode! It really brightened my day and I'm always glad to contribute to the show. <3