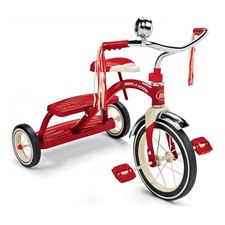 This will prevent Trike from sending you messages, friend request or from viewing your profile. They will not be notified. Comments on discussion boards from them will be hidden by default.
Sign in to Goodreads to learn more about Trike.

“I’ve fought in three campaigns,” he began. “In seven pitched battles. In countless raids and skirmishes and desperate defences, and bloody actions of every kind. I’ve fought in the driving snow, the blasting wind, the middle of the night. I’ve been fighting all my life, one enemy or another, one friend or another. I’ve known little else. I’ve seen men killed for a word, for a look, for nothing at all. A woman tried to stab me once for killing her husband, and I threw her down a well. And that’s far from the worst of it. Life used to be cheap as dirt to me. Cheaper.

“I’ve fought ten single combats and I won them all, but I fought on the wrong side and for all the wrong reasons. I’ve been ruthless, and brutal, and a coward. I’ve stabbed men in the back, burned them, drowned them, crushed them with rocks, killed them asleep, unarmed, or running away. I’ve run away myself more than once. I’ve pissed myself with fear. I’ve begged for my life. I’ve been wounded, often, and badly, and screamed and cried like a baby whose mother took her tit away. I’ve no doubt the world would be a better place if I’d been killed years ago, but I haven’t been, and I don’t know why.”

He looked down at his hands, pink and clean on the stone. “There are few men with more blood on their hands than me. None, that I know of. The Bloody-Nine they call me, my enemies, and there’s a lot of ’em. Always more enemies, and fewer friends. Blood gets you nothing but more blood. It follows me now, always, like my shadow, and like my shadow I can never be free of it. I should never be free of it. I’ve earned it. I’ve deserved it. I’ve sought it out. Such is my punishment.”
― Joe Abercrombie, The Blade Itself

“If you're not prepared to be wrong, you'll never come up with anything original.”
― Ken Robinson, The Element: How Finding Your Passion Changes Everything
tags: creativity, failure, original
693 likes

“There are two novels that can change a bookish fourteen-year old’s life: The Lord of the Rings and Atlas Shrugged. One is a childish fantasy that often engenders a lifelong obsession with its unbelievable heroes, leading to an emotionally stunted, socially crippled adulthood, unable to deal with the real world. The other, of course, involves orcs."

“Like Lincoln, I would like to believe the ballot is stronger than the bullet. Then again, he said that before he got shot.”
― Sarah Vowell, Assassination Vacation
84 likes

Polls voted on by Trike