When I first opened the other thread about a bookstore, my thought was "Cool! Let's talk about great bookstores we've been in." Except that wasn't what the thread was about. Thought about camping on to that thread, but eh. So with apologies to the Bee Gees, what bookstore is more than a bookstore to you?

For me it was the Science Fantasy Bookstore in Cambridge Mass. It's long gone now. Back in the 1970s / 80s it was run as a labor of love by a guy named Spike. Never asked him his real first name or last name, he was just "Spike." Great selection of used and some new, all together in a walkup shop a few hundred yards from the Harvard Square Trolley stop. I went there many times and got most of my SF from that shop.

Spike knew more about science fiction that I ever could have gleaned. If I liked an author he knew similar ones. If it was just a particular book or series by an author I otherwise was meh about, he had suggestions. Or I just browsed the shelves and picked up whatever looked good. His stock was comprehensive.

Spike was always good for a conversation. At one point he asked me if I came from money. How he got that idea I don't know, we were middle class at most. A little delving showed that he did, and that the store was his way of living the life he wanted and giving back to the community he loved. I'd met so many obnoxious snooty uppers in Boston that his story was a refreshing surprise. Of all the monied class that I have met, Spike stands near Larry Niven in "best use of inherited money."

My favorite bookstore of late is now, unfortunately, a late bookstore sadly having closed a few years back.

It was also Ray Bradbury's favorite bookstore in his later years, as I wrote about in 2013 on the Huffington Post.

John (Taloni) wrote: "When I first opened the other thread about a bookstore, my thought was "Cool! Let's talk about great bookstores we've been in." Except that wasn't what the thread was about. Thought about camping o..."

My husband remembers Spike as well and enjoyed this walk down memory lane.

I have two that are from my earliest memories of going to bookstores. Rivendell Books and The Bookery which were just a few doors apart in old Placerville CA.

Rivendell Books sold new books and was light and airy with a big orange cat that lounged where ever she wanted and loved being pet by the people perusing the shelves. Outside the store was a statue of Bilbo Baggins reading The Hobbit

The Bookery was a used book store that was crammed full of tall shelves filled with books. It was dark and cramped and smelt of old books with a skinny black cat that stalked the shelves relentlessly looking for mice.

I think the contrast between the store made them stand out vividly in my memories and I rember taking my saved up allowance and already read books to The Bookery to find a new but used treasure and then walking the short distance to Rivendell Books to find new releases or to fill a gap in a series that The Bookery did not have.

Sadly Rivendell Books is gone, but The Bookery still lives.

Tom mentioned Pages For All Ages in the podcast! :) That place was my childhood. I'd ride my bike 3 miles to get there and pick out books and sit in their big arm chairs. It unfortunately didn't survive the recession :( it closed in 2009.

Jane Addams Books is another great bookstore in that area (that's still open). It's an old town house converted into a used bookstore. Very cozy and has a very interesting vintage children's book collection!

My current favorite (for the past not quite 30 years) is Uncle Hugo's.

My childhood bookstore, Nemitz's, sadly no longer exists. They had an extensive magazine & comic book selection in addition to the books; that's also where I first discovered this magical thing called Bowker's Books in Print, where you could find EVERY BOOK EVER MADE (well, it seemed like that) and even ask them to special-order books they didn't have on the shelf.

It was also my first real (post-paper route) job the summer before college and then whenever I'd be back home on breaks &c.

As you can surmise from the photo, this was the early/mid 1980s because they had added a basement full of arcade games at that particular point. 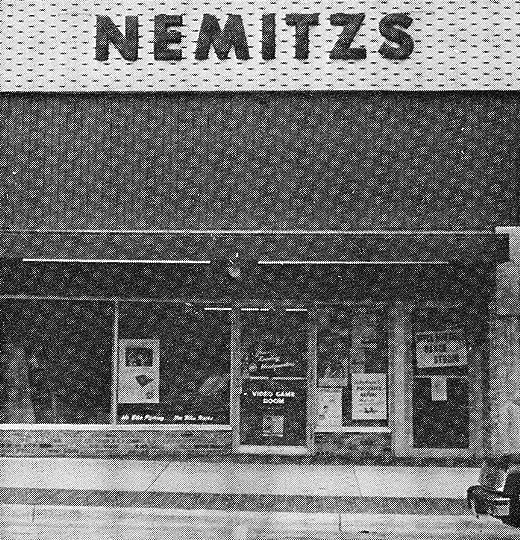 A couple of my favorite bookstores:

There was a used bookstore in my hometown, out in the middle of nowhere in a warehouse, ran by a retired guy and his wife. Huge place, two levels. Such a cool place.

Another cool used bookstore in my hometown was inside an old 3-story house converted to a commercial property. It was neat walking around through the various rooms... kinda like a smaller Powell's, but in a house.

Shoot, when I heard this thread on the podcast, I immediately thought of another one too... but I can't recall it right now.

Based on some comments on S&L over the years I went to Mysterious Galaxy in San Diego this afternoon, which is every bit as cool as folks have said. Everyone was super nice and the lovely lady who toted up my purchase immediately recognized the shirt I was wearing from the Old Friends Senior Dog Sanctuary in Tennessee, even though only a tiny portion was showing from my hoodie.

Me: Wow, you have an amazingly impressive recognition skill.
Her: Leo is iconic! 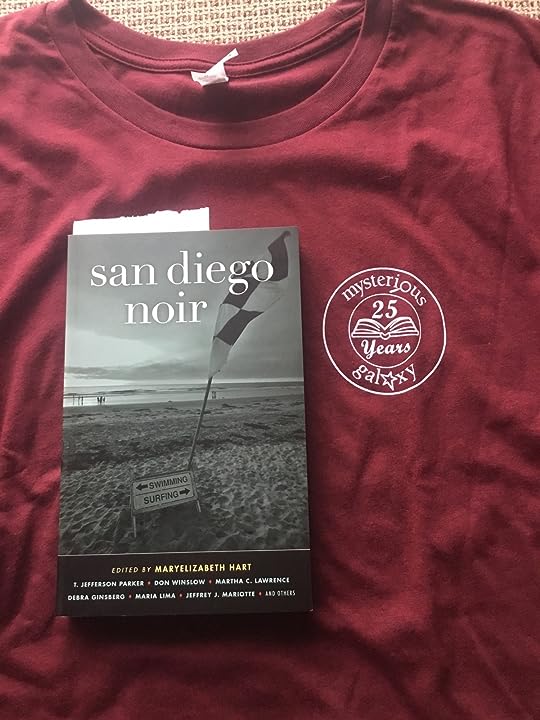 My mom used to take me to our local library when I was a kid. I remember the children's room had long, low tables and the floor had those squishy mats in puzzle piece shapes. I used to check out the same book all the time, Where's Chimpy?. It's about a little girl with Down's who loses her stuffed monkey so she and her dad search her house for it.

When I was a little older we would go to the Bookmobile. It would come once a month or in a parking lot of a local strip mall (that was safer than the library - it's in a terrible neighborhood). That's where I discovered R.L. Stine and the Babysitter's club.

I didn't really have a special bookstore like that in my youth. I grew up with very limited financial means so the library and its resources were how we read. All of those trips instilled a love of reading in me.

When I got my first regular job, I started going to Don's Paperback Books in Albuquerque, NM, to get my reading fix. The store has always had a good selection of used SF&F titles, as well as other genre fiction. Two weeks ago I was there and Don was in the store. He's retired and his daughter runs the business now. His granddaughter works there too. I hadn't seen him in a while, but he recognized me and said, "You've been coming here for a long time, haven't you?" Turns out he was right. I started buying books there more than 40 years ago. Time flies when you're reading good books! 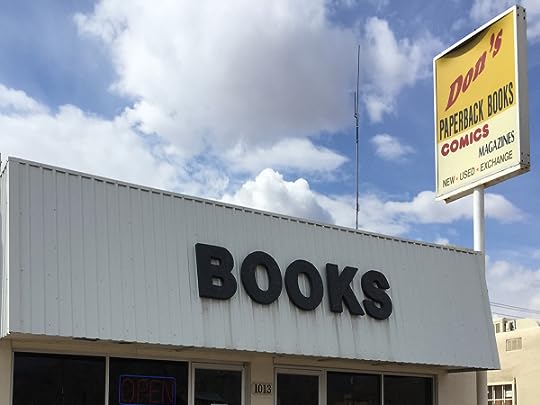