note: This topic has been closed to new comments.
12 views
ARCHIVED > Best / Worst Book Read in 2018? 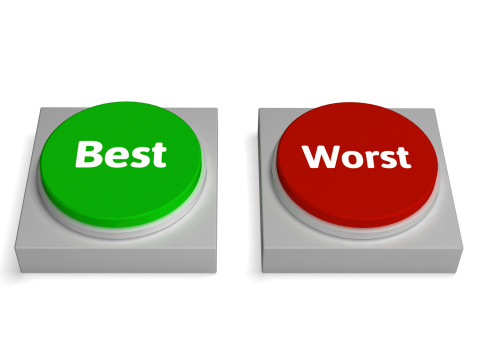 Was there a 'bestseller' or highly-rated book that disappointed you in 2018?

P.S. Reviewed a book lately? Feel free to share your review with your fellow Snails at :
https://www.goodreads.com/topic/show/...

So far this year:

BEST NON-FIC: The Boys in the Boat: Nine Americans and Their Epic Quest for Gold at the 1936 Berlin Olympics
my review: https://www.goodreads.com/review/show...

Mod
Without question, the best for me was A Life in Parts. I listened to the audiobook and loved it so much I listened to it a second time. And I recommended it to pretty much everyone I know.

As for the worst... I’ve read quite a few duds this year and have a fairly lengthy DNF list for this year as well. Would be hard to pick just one...

Erin wrote: "Without question, the best for me was A Life in Parts. I listened to the audiobook and loved it so much I listened to it a second time. And I recommended it to pretty much everyone ..."

Wow, Erin - I just read the blurb for the book - sounds fabulous. I looked for your review, but realized there were too many to scroll through. If you have time, could post the link or just the text of your review, please?

Mod
I didn’t actually write a review (I never do), I just gave it a 5 star rating. But let’s see...
I never watched Malcolm in the Middle, so I had no idea who Bryan Cranston was before Breaking Bad. But then, there was Breaking Bad. And it was amazing. (Huge thanks to my brother for recommending it). And since it was amazing, when I saw that Cranston wrote a memoir, I thought maybe it might be worth reading, if only to learn about his experience making the show. Who knew his life was so incredibly interesting?
A Life in Parts is appropriately named because it is just that: a life, in parts. He basically recounts his life in short stories, many of which are actually very funny and had me cracking up. It was a remarkably enjoyable audiobook to listen to, and Cranston did an excellent job narrating. I felt like he was actually talking to me (instead of merely reading what he wrote, like a certain other celebrity whose memoir I read not long ago).
Be warned though, it does contain spoilers for Breaking Bad so anyone who has not yet watched it but plans to do so should wait to read this until after they do.

Erin wrote: "I didn’t actually write a review (I never do), I just gave it a 5 star rating. But let’s see...
I never watched Malcolm in the Middle, so I had no idea who Bryan Cranston was before Breaking Bad. B..."

Ah! Okay, thanks! The hubs and I are actually looking for the next audio book to try (it will be our second one, oh wait, third) so this looks good. The only thing is, we'll have to binge watch Breaking Bad, which I've always heard good things about. Thank you!!

Thanks for listing your faves and unlikes!

BEST JUVIE:
Switched (My Sister the Vampire) by Sienna Mercer

This year has been a weird year for me with books. About half of them that I've read, I didn't really like that much, and then there's others that I loved, that I forgot I read this year!

The Help by Kathryn Stockett
The Kitchen House by Kathleen Grissom
The Secret Life of Violet Grant by Beatriz Williams
have been the best!

Red Queen by Victoria Aveyard
Pigs in Heaven by Barbara Kingsolver
have been the worst.

So disappointed by Pigs in Heaven, as I'm a huge Kingsolver fan!

I Loved Devin Murphy’s The boat runner and Oldenheuvel’s Hex
I would recommend them both!

I did not finish and very very much disliked Libri di Luca by Mikkel Birkegaard
https://www.goodreads.com/book/show/8...
If you like books about books, still, don’t try this one :-)

(By the way, if you do like books about books, try The shadow of the wind, written by Carlos Ruiz Zafon!)

I'm not sure about the worst book - there were a few I gave low ratings to - maybe a couple I decided not to finish. With good reason, these tend not to be memorable.

As to much-hyped books I found somewhat disappointing, Bob Woodward's "Fear" fit into this category. In part because by the time I listened to it, I'd already read synopses of the most "shocking" part - so I wasn't shocked.

Among books that really blew me away, I have to choose the audio version of Solar Bones.