「03.」DISPOSITION
━━━
▾ ⋮ personality:
▻ Cass is a relatively quiet person and often lets her smile and her behavior do the talking. She is quite smart, just prefers to distract herself from thoughts like the end of the world or the world after death. She is more of a feeler than a thinker and mostly lets her intuitive lead the way. She gets averagely good grades but is more focused on getting somewhere in life as well as mastering her shapeshifting. She is averagely brave and will do what it takes if she doesn't get killed. She can be quite charming when she wishes to be, especially when she needs to get out of trouble. She can be selfish sometimes, but only because she wants too much out of life. She is quite laid-back and doesn't spend much time actually doing productive work. She spends a lot of her free time mastering her power.

▾ ⋮ history:
▻ Born to Janet and Robert Parker, a mundane and a shapeshifter, she had quite low expectations in terms of power. Her parents never really acknowledged her existence unless they needed something to brag about. She hated that and thought that if she mastered her power, that they'd care more about her. All she really strived for was her parents' attention. When she turned eight, she discovered that she was into not just guys when she crushed hard on characters of other genders more than boys, like Alex Fierro and Shego, though she hid that from her parents for a long time, scared to make them hate her even more. That was until she turned eleven and she was spotted by someone and she came here, working on mastering her powers. She is still terrified of the idea of coming out to her parents.

▾ ⋮ history:
Born from a college affair, she was always a huge disgrace to her father's side of her family, the rich and upper class. Her mother...died around three months after she was born, leaving her with her father and nothing else (well, except for her powers). With a father with no time for nonsense, she was always swamped in tutors and classes galore at an extremely young age. She never really knew about her powers until they kicked in, which was when her tutor had pushed her a bit too hard and she screamed right into his face, and he ended up in the hospital. She covered her mouth and sat down on her bed, trying not to freak out when she was probably spotted. She was thirteen, she was teased for being a new student in 3rd year, but caught up pretty quickly thanks to her ability to learn fast. After she graduated, she was pushed into her father's business and everything she didn't want to do, so she came back to be a teacher because this place is her safe haven and she also hopes to find out more about her mother.

he loves his friends a lot he's really a softie
「03.」DISPOSITION
━━━
▾ ⋮ personality:
▻ smart
▻ will fight for what he wants
▻ appreciates what he has
▻ will use his powers for people he cares about
▻ caring towards people he knows
▻ cold and fiery to those he doesn't or hates
▻ quietly queer
▻ rich boiiiii, but money isn't really important to him
▻ wonders about the point of life
▻ sleeps with one eye open at night
▻ very competitive
▻ playful and very funny dude

▾ ⋮ history:
▻ parents never played a huge role in his life but were there
▻ loved experimenting with powers when younger
▻ accidentally burned one of his friends, never experimented again
▻ animals are his favorite, bunnies are his spirit animal
▻ met two best friends that he hangs out with all the time
▻ always felt like the third wheel
▻ channels energy into powers mostly 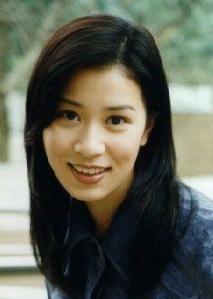 「03.」DISPOSITION
━━━
▾ ⋮ bio:
There's really not much to say about Teset. You may not know them, and you may never, not even after the day you die, but Teset knows you. They know everything about you, and can't wait to bring you into their realm of death. They, despite preferring to be referred to as a male, most of the time anyways, depends on their mood, don't really mind being called a female by the students and teachers. They know surely enough that at least some teachers have caught on to their scent for now, but hopes that they do what's best for their own lives.

They normally just act as their host would around the school, giggling in sunshine and rainbows because they prefer to not be known as they have been for centuries, as death, and also because they are a dramatic person who treats this as just another role. They never leave their host's body, not wanting them to run away, at least not until the body deteriorates. Then perhaps they may just leave, as there is no more point in staying and they should get a new host anyways.

They fell in love, once. With a beautiful maiden, whose name never quite stuck with them. They dance and nights slipped away before her name appeared in his book and he knew, he just knew, that he'd never see her again. This was the first curse of cancer, one that they realized would happen not only to people but also to people who got too close to them, emotionally and physically. That is why they cannot date.

They have never really thought about doing more than writing and reading the names in their little book. They are only the fencing coach because they feel as if it is only appropriate to pay respects to their host, who willing (first in 500 hosts) came to them and offered to be their new host as the body of the last rotted away in front of them. As they dug into the host's memories, they discovered that their host has been attempting to commit suicide multiple times and that they were the last option. Then they dug deeper and found out that her boyfriend had killed himself because his parents would let him be with her, and he remembered her boyfriend's name in his little book. He slightly pitied her afterward.

「03.」DISPOSITION
━━━
▾ ⋮ personality:
▻ He is kind to everybody who doesn't offend him or judge him simply because of his sexuality or his powers. At times, he can be a little bit of a flirt, especially when he sees someone he likes or whenever he feels like it, really. He is smart but prefers not to use his intelligence unless in class. He likes to act in his free time, and acting is one of his passions, alongside flirting, and playing with children. He adores children, but can never think about having one of his own, as it is still too early on to think about this. He thinks about other things in life as well as what he has. He likes to use his powers to transmutate things, especially to chocolate and to cookies in general. He wishes to one day find a husband and have a family, a child, maybe two, and be a professional actor who can balance that life. His powers as a wizard do get in the way, though. He is very emotionally stable and rarely lets others' taunts and ridicule get to him. He is loyal to his friends, and outwardly shows hate to his enemies.

▾ ⋮ history:
▻ born to two loving parents, but father died of cancer when he was ten, leaving him sad and alone since he was mostly closer to his father
▻ enjoyed acting from an early age on, and was his way to express his emotions after his father died
▻ did average in the class, sinking close to the bottom of average when his father died
▻ probably awakened his dormant powers, and he levitated a student into the wall when that student offended his father
▻ he fell in love with a boy and came out to the boy, who was immediately repulsed and he too got slammed into a wall
▻ he came here to practice his powers, and his mother supported him, not knowing how else to help him