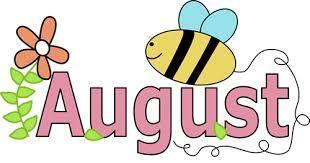 Have fun and list the books and authors names that are new to you!

I'm aiming for at least super-obsessed.

I'm shooting for Obsessed – 5 new authors (everything I am reading this month are new authors to me!

1.Dairy Queen by Catherine Gilbert Murdock
2. Why We Broke Up by Daniel Handler
3. Feed by M.T. Anderson
4. Dorothy Must Die by Danielle Paige (Read in Aug but finished 9/1)
5. Aristotle and Dante Discover the Secrets of the Universe by Benjamin Alire Sáenz (started in Aug, but haven't quite finished)

I had planned to do at least super-obsessed, maybe even off the charts, but I only managed obsessed, and tomorrow is the last day of August. I know I won't read any more books by new to me authors either tonight or tomorrow, because I'm in the middle of reading some I promised to review by an author I've read before. So, here's the list of new authors I read this month, as well as the book(s) I read by them:

1. Aristotle and Dante Discover the Secrets of the Universe by Benjamin Alire Sáenz
2. Everything Leads to You by Nina Lacour

thank you! well done on yours too.

Ashly: You're very welcome, and thanks! :)

1. Sanctum by Sarah Fine
2. The Eleventh Plague by Jeff Hirsch