For the Percy Jackson based rp.

Awesome!
(Replies may be spotty because I'm trying to do some homework..)

Focus on your homework!!!

I don't mind waiting if it doesn't mean sacrificing your grade :)

This is a summer assignment.. School doesn't start for another month... I've got plenty of time to work on it still.

I was worried because now is such a random time to be in school.

Nope.. Not in school till August, just have like 8 summer assignments from two different classes..

Thankfully, I have no summer assignments. If I do, I'm screwed. I have orientation in a few days, then I start in August.

Cool. What like grade level are you going into?

Also, did you want to do a MxF for this?

Okay. Do you wanna be the girl or doubles?

I would like to be the girl, but if you want to do doubles that's fine too.

Also, did you have an idea for how or when to start this?

No, not really. I have not a clue.

Anyway... Who do you want your's to be a child of? I was kind of thinking Hades... But idk for sure.

The main ones I usually use are Hephaestus, Hades and Thanatos, and occasionally Apollo..

I usually do Hades, Poseidon, or Hunters of Artemis.

Cool. Which are you leaning to for this one though?

Not a hunter of Artemis, that's for sure XD

I also do Athena... But I'm feeling Hades.

Okay. Maybe Hades and Apollo then? Or I could do Athena..

It's whatever you want.

But I have to work on scholarships now so my replies are going to be spotty too.

Okay. Would you like to make your character first then?

Okay. Have fun with that.

I'm having zero fun with it.

And I suppose I can. I'll just say the basics I suppose?

But scholarships are good to have.

Yeah, just basics is fine.
did you want one character to be new and have one there for a while?

They are. I need the money.

Okay. Do you want to be the newbie or the one there for a while?

The newbie, if you're fine with that.

Yeah. That's good with me.

I cannot do her profile right now, but I should have it up and done tomorrow.

Alright. I may go ahead and post mine then.

Okay, well I'm actually going to do Poseidon, so I hope that's okay.

Alright. That's good with me. I'm still unsure but it'll be either Hades or Thanatos. 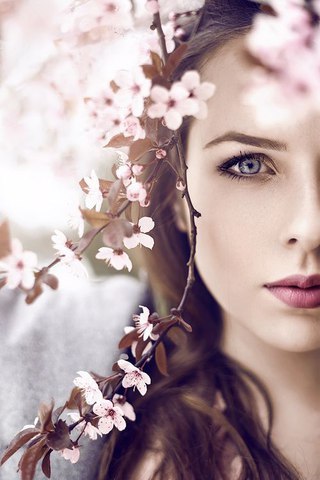 Helen's mother died giving birth to Helen, and only lived long enough to hold her and give her her name. So, Helen grew up as an orphan, not knowing who her parents were. Thankfully, her mother had a loving sister, who was pregnant at the time of Helen's birth. Her mother's sister and husband, Susan and Jones, took in Helen and raised her as their own child.

Helen is a very intelligent girl, which often got her into trouble at school. She was constantly caught reading during class, even if she knew the material she would get detention. Of course, this only gave Helen another excuse to read. Helen is the definition of an introvert, and doesn't speak very much. Once you get to know her, you would find out that she is very friendly and loyal.

About:
Phoenix doesn't really know his mom. He just knows that he's been at Camp Half Blood since he was 6. He remembers traveling to camp with another demigod, but he doesn't know he found that demigod and started heading to camp..

He's always been a bit of an outcast, mainly because of his own choices not to let people get close to him. When at camp, he's usually working with weapons or fighting skills. He's quiet and friendly until you start asking questions about himself and then he usual will shut down.

Abilities:
~Umbrakinesis (Shadow Travel)
~Drain some of other's life force
~Communicate with the souls of the recently deceased
~Is able to see the lifespan of others, but forbidden to share info in any way
~Can sense any death; whether it be mortal, demigod,nymph or monster.

I like your character. Are you ready to start?

Sure! Would you like to go first or should I?

Helen, who had come to Camp Halfblood only the night before, was sitting in the Strawberry Fields, contemplating why it was named the Strawberry Fields when she saw no strawberries. Helen watched as kids ran around; fighting for the older ones, and tag for the younger ones. Helen tucked a piece of hair behind her ear, wishing she knew who her father was.

Phoenix sighed, tired. He walked away from the training arena, needing to take a break for a moment. He wandered to the strawberry fields, his sword strapped to his right hip. He stood out in camp, wearing black jeans and a black t shirt wear most people wore shorts and CHB shirts. He looked around, biting his lip lightly.

Helen noticed a guy nearby, and waved at him, as she was only sitting in the grass. Her eyebrows furrowed as she realized he was wearing all black. Helen tilted her head, and asked, "Do you not get hot in that? I mean, you're wearing all black!" Helen herself was wearing a floral skirt with a white shirt, perfect for the summer heat.

Phoenix rolled his eyes, walking toward her. "Actually no. I don't get hot. My skin is always freezing cold." He answered, his voice low. He ran a hand through his hair, biting his lip.

Helen narrowed her eyes at him in disbelief. "Your skin is freezing cold? I doubt that. So, you're basically a white walker?" she scoffed, subtly alluding to Game of Thrones. "I've never heard of that happening unless your having hypothermia aka frostbite or you're actually dead."

Phoenix shrugged. "I am a bit dead actually." He answered. He didn't catch the GOT reference, never having heard of it. He gently put his freezing cold hand on her arm. "See, cold?" He watched her for a moment, curious as to how she'd react.

Helen flinched at his touch; it was cold. She then shrugged and admitted, "I've been in colder water. One time, I fell into a lake that we thought was frozen solid, but it wasn't... The ice broke and I fell in. Thankfully, I didn't get stuck under it... My uncle called 911 and they thought I was going to have severe hypothermia. I wasn't cold at all."

Phoenix took his hand away from her arm. "Hmm. That makes sense, well depending on who your parent is." He shrugged. He looked around before sitting criss cross on the ground a few feet from her, taking his sword from its sheath and resting it across his lap.

"Why are you taking your sword out?" Helen inquired. Then, she whispered dramatically, "Please don't kill me!" Helen proceeded to lay in the soft grass, staring at the sky. She noticed birds-or maybe not birds, flying around in the sky. "Why do those look like horses?" she asked, pointing to them.

"I took it out cause I don't want to be poked or poke you by it." Phoenix answered. "They look like horses because they are horses.... They stay in the stables here and fly around up there.." He shrugged. "I can take you over to the stables.." He offered.