FREE eBooks for May!

What better way to celebrate Star Wars Day than a free download of a sci-fi ebook. Mesh: Horizons is free today through Tuesday. Please take a look. Thanks.

Will be having a free promotion from May 7th until May 11th!

Always dreamed of writing a book?
Learn how with this FREE book.
Download Tuesday, May 6 and Wednesday, May 7
http://www.amazon.com/Write-Darn-Book...

Many thanks Mike.
I can't wait to delve into your book.
Cheers,
Lilian

ALL THREE VOLUMES FREE: MAY 7-12
THE KING TRILOGY
“Utterly convincing from explosive beginning to the satisfying climax.”

Permanently free on Kindle!
Xoe: or Vampires, and Werewolves, and Demons, Oh My!

Alexondra Meyers, known to her friends as Xoe, had a normal life. She liked her normal life, but there's a new guy in the small town of Shelby, OR, and he is anything but normal. Before Xoe can say, "Werewolf," her world is turned upside-down. Between a dark secret in Xoe's past, a best friend who's been scratched, and not to mention highschool, Xoe has a lot of thinking to do. She has to choose who she can trust, and fast . . . tomorrow's the full moon.

Write the Darn Book by Mike Reuther
FREE today.
If you've always wanted to write a book but didn't know how to get started, this book can help you begin that journey to become an author. Written by longtime journalist and writer Mike Reuther, a guy who's taken that long, strange trip.
http://www.amazon.com/Write-Darn-Book...

QUEST OF THE HART is free now until midnight 5/11/14. Type the code MOTHERSDAYFREE in your Muse cart, save, then finalize your order.

Moira Brody knows Paul Webster better than he knows himself. But neither one of them know that he as in love with her as she is with him. These lifelong friends will have to look at each other with fresh eyes and brave hearts. And even the single-digit temperatures and snowcapped peaks of the Lake Tahoe winter are no match for their long-bridled desire.


Martha O’Sullivan’s Chances trilogy is available from Red Sage Publishing. Second Chance, the trilogy opener, is a reunion/love triangle romance that keeps the shores of Lake Tahoe blazing hot long after the sultry summer sun has set. Chance Encounter, the trilogy's second installment, heats up San Francisco’s chilly days and blustery nights with white-hot passion and pulse-pounding suspense. And in Last Chance, the conclusion of the trilogy, lifelong friends-turned-lovers melt the snow-packed Sierras into lust-fueled puddles despite the single-digit temperatures of the Lake Tahoe winter.

Last Chance and the Chances trilogy is available at: 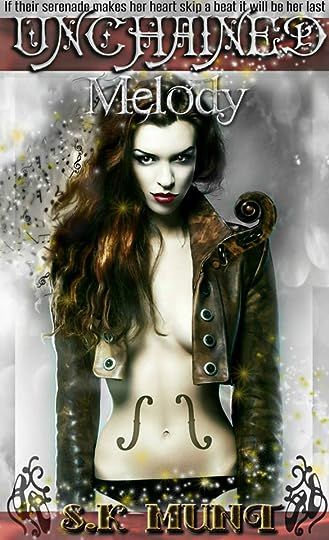 The new girl in town takes a chance, saves a life, and wins herself two best friends, a Red Sox hat and possibly, a band.

Ryan and Hunter don't know how to handle themselves when their so called 'Tomboy' best friend begins to blossom into a goddess. So they handle it badly and suddenly, the Red Sox hat is on the ground and Callie had vanished naked into the eye of Cyclone Addison leaving them short for their first big gig and broken-hearted.

Hunter and Ryan have finally recovered from the trauma of Callie's disappearance and are ready to take their music careers to the big-time when Callie returns. No longer the girl next door, but a banished goddess with a mission; to break the heart of one of the men who still love her, using the other, or die.

Set to an incredible playlist with heart-stopping twists and turns, Unchained Melody is a coming of age story that starts with innocence and ends in wicked desire, with a paranormal twist unlike no other that will have you singing, laughing, crying and hot under the collar!

Tales for the Free Mind and Open Heart

Is available free on Smashwords (but it costs on Amazon, though I'm trying to get it free there too).

It is a collection of three stories that were previously published in several magazines (there's a list in the acknowledgement a).

They are very dense short stories, dealing with sexuality and religion.

They are all based on either minor characters or episodes of The Road to London.

Each story also has it's own literary style.

Three stories, three insights into different worlds, into the minds and hearts of those some of us find 'different'.

Three perspectives on sexuality and religion for those who do not wish to conform, but wish to explore and embrace.

Three tales of love in three different ways: the love of knowledge, the love that, at least here, dare not speak its name, the love that knows no numbers and no boundaries.

Three glimpses at what's wrong, and what could be right: a cry against the misuse of religion, distorted by society and bigotry into discrimination, instead of being free to be what, well, the author thinks, it should really mean: the path towards acceptance and unconditional love.

Each story is based on Bulla's novel The Road to London, but looks at the hearts and minds of minor characters, at key episodes from a different perspective, or at what could have happened in a different dimension or world.

The Tree of Knowledge is an esoteric stream of consciousness: a Latin Teacher's thoughts as he identifies with the serpent tempting Eve in Eden during a lesson and finds in one of his students the reflection of Jesus, while he remembers a gay night of passion: he will regale the student (who is the Boy, the protagonist of The Road to London with an epiphany that will change his life.

The Housekeeper's Innocence is based on an episode which happens in The Road to London: the Priest's Housekeeper burns during mass and turns into a strange cockroach like animal in front of the congregation. In the short story, we find the past of this woman. On leaving Mass one day, after a Latin reading on Mary Magdalene, which she could not understand, when still a young woman, she is raped by a river by a man in a dark coat. She then decides to become a nun, but the day before taking the orders, another nun visits her and shows her in The Bible she can find the truth about her sexuality, and has sex with the nun. She then becomes the Housekeeper to a Priest, but when the man in the cloak appears among the congregation, she burns the church to the ground.

Stained Glass slips freely between prose and poetry and it is the celebration of the polygamous wedding of four men. each walks towards the altar thinking about the moment when he came to meet the other three.

Through May 31, get a free PDF copy of The Legend of Dragon Hollow when you sign up for my email list at
http://christybower.com/email/

Download "Under a Bourbon Street Moon" FREE from Thursday, May 22 through Sunday, May 25 https://www.smashwords.com/books/view...

Return to Dead City. FREE today. Take me out to the ball game to solve a murder.
http://www.amazon.com/Return-Dead-Cit...

Melissa has inherited her grandmother's manor and with it the secret to why dragons disappeared. Don't miss this chance to find out what her family has been hiding for 1500 years.

Psionic powers, secret conspiracies, and homicidal enemies... they're all in Perilous Overtures. Though $2.99, it is FREE from May 24 to May 28. Even better is that it is currently ranked #67 in the Top One Hundred Free Best Sellers in Science Fiction on Amazon at the time of this post! Link: http://amzn.com/B00DD71BG4

Ignorance is bliss for twenty-year old Sarith Kurita has few concerns in life now that final exams have ended. He’s more worried about his final grades plus his plans for next semester over the existence of psychic powers and those that wield them. And with the winter holidays starting, staying with his deadbeat dad is a bigger issue than knowing about a homicidal maniac baying for his blood. Contrary-wise, Cassandra Ashford – nineteen and being groomed as an heiress by her father – juggles attention between her agenda for the winter holidays and keeping up to date on the paranormal secrets that few know about. In doing so, she is becoming more engaged in a world that is beyond her years with enemies and opportunists being everywhere.

But when a combination of events, both accidental and intentional, draws them into perilous situations, it becomes more than their own lives being on the line. Freshly plunged into a world beyond belief and forced to adapt, Sarith finds himself facing a dangerous enemy from his late mother's past where an unresolved grievance can mete out fatal consequences. Simultaneously, while handling responsibilities within her father’s company, Cassandra investigates seemingly benign issues, unaware of their links to sinister machinations currently underway. And then a condemned prisoner, Axel Lamperouge, gains his freedom only to encounter a foe he long thought was dead while finding himself tangled in a dangerous setting where unpleasant truths lie in the dark.

With every action taken in dealing with the dangers they face, unprecedented consequences that follow could mean more than shaping future events for them in ways beyond their expectations.

My promo book is currently..

My latest short single is out and for free! Try my fantasy story, Things that Go Bump in the Night.

My dark, satirical novel, "Hyperbole," is a free eBook download from Amazon, today until Friday, May 30.