107 views
What good would come aliens arriving from another planet?

We've all seen the movies where the aliens attack Earth, which are always relentlessly corny and the human spirit overcomes overwhelming technology and weapons. I have further problems with these movies being that alien invasions are used as a justification for the hero to kill and destroy without concern, your orcs of your science fiction. Ender's Game should have killed the genre, yet they keep coming.

But I'm curious if there are any positive reasons aliens might visit Earth?

Movies always say that they'd show up to share knowledge, but always seemed incredibly one sided. They'll explain intergalactic travel and they get what? An Iphone? 3D glasses?

Perhaps they're lonely. Are humans really the best entertainment they could find?

Its an odd discussion, but I've wanted to have it for a while.

Well, maybe the aliens will be just like us: plain curious! To go where no alien has gone before...

I always thought it was the potential of humans that aliens would be friendly. For the most part we are adaptable (if not stubborn) and can possibly grow to be a good ally if you think of it in terms of long term advantages.

Either that or I'm being incredibly naive. ^_^;

In the Animorph books by Katherine Applegate, the aliens don't have taste the way we do. But they have temporary shapeshifting technology. So after the war is over, they come over as tourists to try being human and experience all the wonderful tastes. The main alien character in the story considers two aspects of humanity to be our greatest achievements: our speed of development, especially recently, and the cinnamon bun.

Robert J. Sawyer has a book, Calculating God, where the aliens are trying to find at least one representative of all known sentient races to try and fulfill what they think is God's will.

Well, there's always the classic "warning" example, like the original The Day the Earth Stood Still film. A representative of an interstellar federation shows up to warn us we're on the verge of destroying themselves, but offers membership if we're willing to forswear violence.

A twist on that are two series about aliens seeking us out specifically for our aggressive tendencies, to recruit us for the equivalent of their Foreign Legion. I really enjoy Tanya Huff's Confederation series. There's an enlightened interstellar Confederation that has mostly forsworn war. Unfortunately, a new enemy, the Others, seems unwilling to reason or negotiate. So the Confederation recruits younger, more savage species as soldiers, starting with humans, then adding two more.

Similar ideas are explored in Alan Dean Foster's The Damned series. Two alien factions are at war, and the more defensive, cosmopolitan one ends up recruiting humanity on their side, because human beings are the most physically badass and savage sentient species in the galaxy. This series is really refreshing because while other space opera settings have a resident Warrior Race, it turns things on its head to have humanity be the equivalent of Klingons or krogan or kzin.

Another reason could be alien immigration. The aliens' homeworld has either been destroyed, or they've escaped it or been exiled for some reason, or they're just lost or unable to get home. So they come to Earth looking for a place to live. I've seen this explored on film and TV in shows like Alien Nation and more recently, Defiance, but the only book I remember offhand covering this ground is Triptych.

Why would humans go to another planet? Mainly for scientific curiosity. I imagine with aliens it would be the same.

Phil wrote: "Why would humans go to another planet? Mainly for scientific curiosity. I imagine with aliens it would be the same."

That's what I think as well.

Phil wrote: "Why would humans go to another planet? Mainly for scientific curiosity. I imagine with aliens it would be the same."

They could just send undetectable probes in that case. Only reason to park your spaceship over the planet is if they're studying the chaotic effects of contact with an alien people.

Joe Informatico wrote: "recruiting humanity on their side, because human beings are the most physically badass and savage sentient species in the galaxy. ..."

I repeat my human spirit vs overwhelming odds distaste.

The most plausible alien contact scenario that I can imagine, based on stuff I've read is through some intelligent probe, possibly self-replicating (Von Neumann probe), that finds our planet. Contact would probably be through some statement of peaceful exploration on the part of the probe.

A nice article I read a while back, http://www.space.com/8951-aliens-exis..., said that advanced aliens would probably not be very interested in any of our science or mathematics, but instead show interest in our artistic expression. Art, being very subjective and tuned to our specific human and social psychology. Kind of an interesting thought.

I just had a thought. What if, instead of wanting stuff from us, they wanted a new market for their goods and services? But that still implies we have stuff worth trading.

I agree with the SF stories that argue there are very few physical goods/resources valuable enough to merit interstellar trade so the only thing worth trading is information. So I agree with Dylan that with Earth being technologically backwards in most of those stories, the information we have worth selling is usually cultural. For example, in David Brin's Sundiver whale songs are one of Earth's more valuable commodities.

This is an interesting thread. One of the issues that's not always considered fully is the vast distances needed to be travelled. They are huge, even travelling faster than light journey times could still take many years. So that means that any undertaking to travel would be vastly expensive, not just in monetary terms but also in energy expenditure. resources etc. That changes the parameters for a visit. It's got to be of immense value or necessity. You've also got to consiider that by their very nature the reasons for such a visit will be alien and therefore perhaps difficult for us to figure out. If it were to happen I think it would be probes first, and then if those alien minds think it worth the effort, crewed vessels later.

All the resources a civilisation might need could be found without coming here. However, if then HAD to find a new home perhaps, they may come. Otherwise everything else could be obtained via communication.

On the other hand if travel were cheap and easy they might come for something as simple as a pizza.

Has anyone here read Constellation Games by Leonard Richardson? I picked it up on Kindle a while back by recommendation on Boing Boing and really enjoyed it (despite a plethora of typos!). It has a great take on aliens visiting Earth and the Earth governments' reactions to it (spoiler: bureaucracy!).

The aliens arrive essentially out of curiosity and goodwill, though no one on Earth seems to think so. The protagonist ends up bonding with one of their anthropologists through video games culture. The book is a fairly quick read and nicely paced. The ideas out shine the writing, but Richardson writes with an effective sense of humour and I found myself laughing out loud several times.

He also vaguely addresses the idea of travel over vast distances, but I won't spoil the book. =)

I can tell you what they wouldn't come here for: Water.

What if they don't find us primitive - just different? Different species evolving in different circumstances aren't necessarily all going to get to a place of lots of bombs and no food sources at the same rate. Maybe as advanced as they are in, say, space travel, we're ahead of them in organ transplants and prosthetics or maybe medicine in general? Who even says the advanced space travel is even their tech to claim – maybe we’re technological equals and they have merely borrowed or stolen or traded for their ships the way they plan to rob or trade with us. Maybe they consider oxygen or water or that rare metal in cellphones a toxic waste material and, in searching for a dump site or cleaner living space, find a planet happy to exchange those things for greenhouse gasses or nuclear waste or whatever they have some use for? Maybe we introduce them to yoga and meditation and save their society from self-annihilation and we set up a completely cordial relationship as a result.

Tourism? Eco-tourism? For the good hunting (Predator)?
Acquisitions for zoos or labs or the exotic pet trade?
Rebellious teens daringly slumming it amongst their less evolved galactic neighbours?
Glitch in their FTL navigation systems and first contact is actually all one big embarrassing mistake that someone will be fired/court-martialled for?
Their ongoing mission: to seek out new bars and explore new ways to get wasted? To boldly go where no alien loins have been before?
They come innocently in the name of science and exploration and galactic neighbourliness and find out the hard way why it was so easy for them to get corporate funding from their mining/meat/labour/pharmaceutical industries or funding from their military?
Pilgrimage to the planet from whence Grumpy Cat pictures originated?
Their religious system prophesied Earth's discovery for any number of reasons and they've come to fulfil that prophecy?
To slowly and patiently explain to us why we need to stop using titles like “Miss Universe”?
We don't make the minimum requirements for "intelligent life” so they have classified Earth is not occupied by sentient life and is up for grabs?
We make a convenient outpost/refuelling station?
To find The Doctor.

They' probably want our movies, music and microcode.
And where else can you get decent pizza?

Bookshelf wrote: "They' probably want our movies, music and microcode.
And where else can you get decent pizza?"

Exactly, just what I was thinking, they come to our planet for the pizza. In all likely hood they won't have the skill to make pizza. Also, they might come for Spring Break. Spring Break 2032!

Given the difficulty of transporting lots of physical resources across space, I imagine it would be for knowledge and ideas. So either to examine us or to copy our book and music collections.

'I am Gesthar of Omicron Nine. I have come for your Bob Dylan collection.'

Come on! It would be new tarifs and an interplanetary tax base! This would be awesome! Although, I prefer the outlook in George Alec Effinger's "The Aliens Who Knew, I Mean, Everything".

If aliens landed in the US, it would finally expose the TSA as the worthless security theatre that it is.

There's only one reason that aliens would come visit Earth, and I, for one, will welcome our new alien overlords. I will also be making helpful suggestions to them as to which troublesome humans should be fed to their pet sehlats.

Apparently they would come for the beer? ^_^; 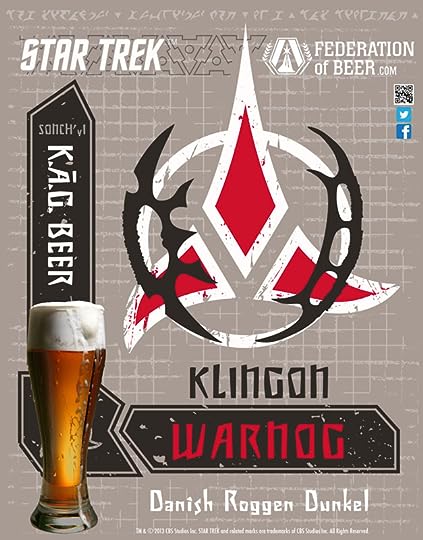 "We have failed to uphold Brannigan's Law. However I did make it with a hot alien babe. And in the end, is that not what man has dreamt of since first he looked up at the stars?"