Request for a roleplay here.

I clean this topic out regularly so it stays organized.

(referring to roleplays by the way)

Really? Any ideas? Like I'm on almost all the time because I have study break for my exams and I never feel like studying so I just come on here. But I will start studying and being on less but then after exams I'll be on a looot.

Are you active and have long replies?

I can try. can you create it please?

At least tell me what you want to do..

now? why is it matter now?

Plot: A guy who always seems to be by himself and looks dangerous but is also on the football team goes to a party with his friends and everybody else at a girls house who is the most popular and hottest girl at their high school and gets everything she wants handed to her and when they both see and meet each other during the party, they both instantly fall in love with each other with both of them who can't seem to keep their hands off each other and they start spending time with each other at the party and at school, never lying to each other and telling the truth only when the girl finds out that the guy that she fell in love isn't like any other person and has been keeping a secret that he is has powers

Requirements:
- Mature (drinking, drugs, sexual contact, etc)
- I'm the guy and would prefer a girl to play the female character
- doesn't have to be detailed but put more then just one sentence
- have fun

Ruby~Am I a Part of the Cure? wrote: "Meeee"

I'm up for any ideas, but usually prefer realistic. but I can maybe do fantasy as well, it all depends. I do prefer to play the female. I can't roleplay males for my life. I'm mostly interested in horse&rider, youtubers [ocs &/or real; the creatures], werewolves [not twilight], zombie apocalypse [the walking dead?] , skate boarders, dog agility, country related, and footloose or dance related. I can roleplay high advanced or low. hit me up if you are interested. please don't hesitate! I'm desperate for roleplays!

anyone for rp by message?

ok so this may seem a little weird but the differed fazes of the rp doesn't have to last long.
Okay so their are rivaling families that have gone out of their way to cause havoc on the other causing damage to the people around them, and angered a witch who was so angry that turned the two year old son of one family and the baby daughter of the other. the boy and girl were turned into (lions, panthers, whatever animal we chose) and the families were so alarmed they sent their children into the (desert, jungle...etc) to live with the other animals, but as the two baby animals grew up they became best friends relying on each other as they grow into what was like their late teenage years they are turned back into humans 17 years after they were turned into animals

Janelle, if you are still looking for a partner, I love X-Men :)


Anyone else, I love doing fantasy and paranormal roleplays as well, but I am up for almost anything

I am Kate:) I have to go but I can make a thread and we can start in the morning?

Sure! If you can just kind of post a little blip about what kind of story you want to do I will work on making some characters :) 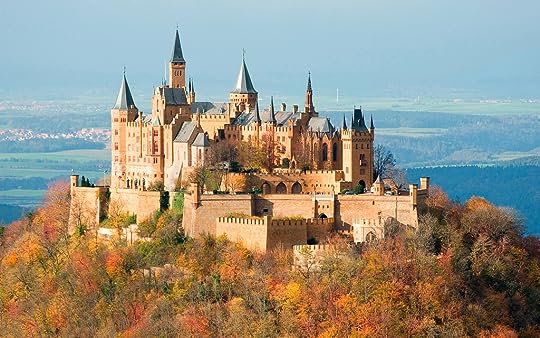 Magic it borders our kingdom from any harm we live in peace with humans, and creatures alike. Most of us are gifted with White Magic of the Light Crystals but in the Royal family, there is always a spark of Necromancy. It's power growing and slowly overpowering our own. The Kingdom of Marigold has had a long line of royals rule the kingdom to all glory. Until now that is all going to change very soon as a jealous uncle comes to visit with his children and their dark crystals.

This is sort of based off of Hamlet or The Lion King. But the heir will be a young princess (Me.) and the uncle will have children as well. This is just a summary I would love to do doubles and we can manipulate the plot in any way that you want.

Requirements
Doubles
1-3 paragraphs
Young Princess me.
Plot Twists welcomed at any time can be done on thread or PM.