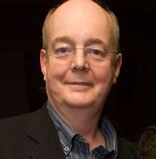 “If you take someone's thoughts and feelings away bit by bit, consistently then they have nothing left, except some gritty, gnawing, shitty little instinct, down there, somewhere worming round the gut, but so far down, so hidden, its impossible to find. Imagine, if you will, a worldwide conspiracy to deny the colour yellow. And whenever you say yellow, they told you, no, that isn't yellow, what the fuck's yellow? Eventually, whenever you saw yellow, you would say; that isn't yellow, course it isn't blue or green or purple, or... you'd say it, yes it is, its yellow and become increasingly hysterical and then go quite berserk.”