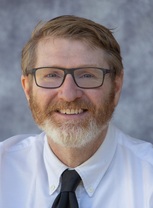 “It's far easier to write why something is terrible than why it's good. If you're reviewing a film and you decide "This is a movie I don't like," basically you can take every element of the film and find the obvious flaw, or argue that it seems ridiculous, or like a parody of itself, or that it's not as good as something similar that was done in a previous film. What's hard to do is describe why you like something. Because ultimately, the reason things move people is very amorphous. You can be cerebral about things you hate, but most of the things you like tend to be very emotive.”

132 likes
All Members Who Liked This Quote