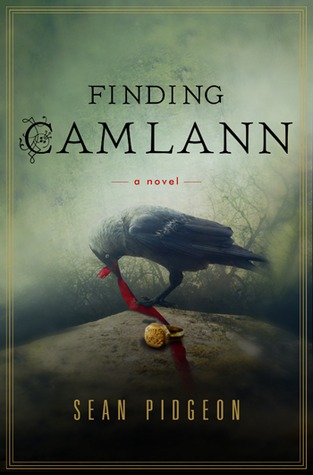 From the poems of Alfred Lord Tennyson to the coconuts of Monty Python, western culture has long celebrated the legend of King Arthur, a British monarch who allegedly vanquished the Saxons at the turn of the 6th century. Historians and scholars have likewise chased the real Arthur, seeking hard evidence that such a man ever existed. Debut writer Sean Pidgeon offers his take on the romantic mystery in Finding Camlann. The English-born writer poured 16 years of research into his fictional story of an Arthur-obsessed archaeologist, who, together with an alluring linguist, follows a fresh trail of clues from a pair of discoveries at Stonehenge and the Bodleian Library. Now based in New Jersey, where he publishes science books for John Wiley & Sons, Pidgeon shares with Goodreads some images of the English countryside, where his tale unfolds. 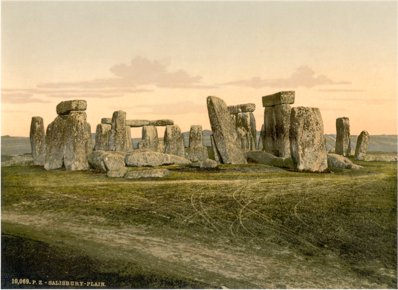 Photochrom Zürich print of Stonehenge (c. 1893), where an important discovery is made in Finding Camlann.
Goodreads: Where do you stand on the King Arthur debate? Man or myth?

Sean Pidgeon: For me, Arthur will always remain on some level an irreducible mystery, and it feels right that this should be so. If we were able to place him precisely in time and space, I suspect he would be far less interesting to us.

GR: You've admitted to a lifelong preoccupation with Arthurian legend. And you are not alone—scholars have dedicated countless years of study to the subject. What keeps you hooked?

SP: In the 1990s, I read many books about the "historical" Arthur, written by sincere authors who wished to advance one hypothesis or another about the identity of this elusive person. I did not quite believe any of these theories, but the question of how one might go about discovering the true origins of Arthur really grabbed me by the throat. Then at some point I became a follower of the Arthurnet e-mail list and soon became intrigued by this vibrant and highly interdisciplinary community of enthusiasts, scholars of literature and language, side by side with amateur antiquarians and readers of new-age fantasy novels. I wanted to try to create something that would in a small way contribute to and perpetuate the vigorous Arthurian literary tradition that began with Geoffrey of Monmouth and continued through John Cowper Powys and T.H. White, Mary Stewart and Marion Zimmer Bradley. 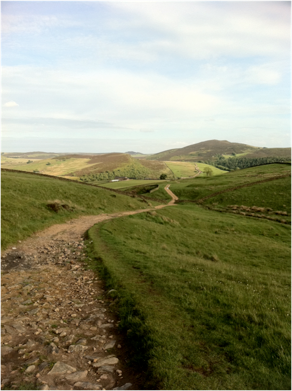 "My own photo of an ancient drovers' road in Britain (a theme in the novel)."
The Arthurian legends capture so many aspects of my abiding fascination with the history and mythology and geography and literature of Britain. I like to think of him as someone who is "settled deep into the bones of the landscape," as one of my characters puts it.

GR: How did you find and develop the human part of your story—the central characters, archaeologist Donald Gladstone and Oxford English Dictionary linguist Julia Llewellyn?

SP: Donald's character came to me almost fully formed: a careful scholar, habitually reserved but with a latent capacity for boldness and daring. Julia's evolution was far more complex. I wanted to make her strong and clever but in an idiosyncratic way, and it took a few attempts (and, at some point, a change in her profession) to find the right balance. Beyond that, I tried hard to follow some good advice I was given—that the romantic thread was crucial to the success of the novel, and I must make sure it remained strong throughout.

SP: About ten years ago, when I first thought I might have finished Finding Camlann, I began to piece together some ideas for a second novel. So far, this has remained largely under wraps, but I do plan to dust off those plans sometime soon.

Gotta get this one... Love everything About Arthur...and coconuts can't migrate! But two african swallows COULD grasp it by the husk.....!

Wish this was a goodreads giveaway so we could get some rviews rolling...

Trish wrote: "Wish this was a goodreads giveaway so we could get some rviews rolling..."

Finding Camlann is being offered as a Goodreads giveaway until 1/17/13: http://www.goodreads.com/giveaway/sho...

WWNorton wrote: "Trish wrote: "Wish this was a goodreads giveaway so we could get some rviews rolling..."

Finding Camlann is being offered as a Goodreads giveaway until 1/17/13: http://www.goodreads.com/giveaway/s..."

Thanks a million. I tried searching before, but couldn't find. Signed up now!

Sounds very interesting. Signed up for giveaway and hoping to win. Good luck everyone.

I had a similar literary journey as Pidgeon. Mine ended in The Love of Trystan and Essylt (published independently in 2011).

Sounds intriguing and also sounds like the type of book I enjoy reading and with that said I just signed up for the giveaway they have for it on 1/17. Hopefully I'm lucky and get to win one of the 20 copies they're giving away. Signed up people and good luck to everyone that signs up.

I am strictly a mystery lover and read only mysteries. This book looks very interesting. I think I'll give it a try.

This book sounds like it is right up my alley even though I don't know a lot about King Arthur!

The legend that perhaps Arthur was a Roman soldier has always intrigued me. I am looking forward to reading this book.

Have been fascinated by Arthur and the knights of the round table all my life. Look forward to reading this book.

Pigeon wrote an eassay for the Review section of the Sunday NYT today (1/6) about research addiction-- http://opinionator.blogs.nytimes.com/...

This caught my attention.

Definitely a book I want to check out! Sounds very good!

I love debut authors. Their story is usually the one they want to tell, like chad harbach in The Art of Fielding. This novel sound especially interesting since i I also enjoy the Arthurian Legend.

I'm definitely checking this book out. I LOVE the Arthurian legends, and I really think this book sounds interesting!!

I first became interested in Arthurian legend when researching for my YA novels, the Shalott trilogy; I've just finished another Arthurian novel (for adults this time) more details later! Meantime can't wait to read Sean's take on a legend that goes back over 1000 years! www.felicitypulman.com.au

I wouldn't mind reading this book.

Since I had not before reading this interview been familiar with the allure of the legend, I was curious while reading the book that in the novel so many were, Now I understand that the passion to discover the answers surrounding Arthur reflects a passion from a thriving community of people, real people! I am red-faced from ignorance :)

Very excited to read this book!

Loril...what book? Are we talking about Sean's or mine?

This sounds like the perfect next book in the search for Arthur Pendragon.

Hoping that the Finding Camlann giveaway is available here in Philippines too :'(

I just finished this book today and I gladly give it a rousing five stars. It is a well researched book and adds even more fuel to my already white hot Arthurian fire. Get it. Read it.

I LOVE the Arthurian legends,

TO SEAN PIDGEON: I do reviews of many authors pre-release of their books. Daniel Silva, Dean Kontz, James Robbins, to name some "published guys, but also have a group of selp-publishers numbering tn the 20s that I'm givig a hand to. i don't charge for reviewws.I pnly ask that a book get to me 5-7 dayws before release so I can read it write the review, went it to the author so they can stop me from giving away plot points, etc, Pull out my OED and write the Reviews. Goodreads ha been letting me post two days prior to release, Amazon and Barnes and Noble at 12:1 the morning of the release. I just did Stephen England's "Day or Reckoning" at 5 am for amazon (the finally took it off pre-order, and by 10 am 96 people nhd read the review, and by 2pm he was #12 on their listings! I won't say I dah anything to do with it, as its 'an excelent book, byt it make me feel good that it finally got them in gear! I review for Daniel Silva, JAmes Robbins, Brad Thor, Dean Kontz, and yet als review kids boks, YA, thrilers, mysteries, and even love stories. I've been known to chace peole down the street to read either their T-shirt or bumper sticker! i do read a hardback a day, but won't review unless asked. Publishing houses sent me review copies, as do selp publishers (so I then turn around and order both kindle copies and hard backs (I have an extensive library)I was a nurse paralegal for 32 year, and my husband just died in March, so this keeps at lest part of me life normal. I rad the bok the first day, write the review, sent it to the suthor to be sure I didn't give away a plot point, the publish, along with a polished copy of the review (God Bless the OED!) I do this for fun, and because as I've travelled the world I can remember things I've read and go see them myelf. Be slag to help ou in anyway I can. andiofthehunt@windstream.net 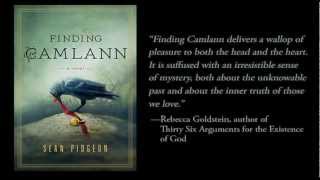