Posted by Goodreads on January 2, 2012
23 likes · 4 comments
What do orphans, golems, and volcano theories have in common? They've all spent time in the mind of Daniel Handler. From his trio of adult novels to his popular children's books, A Series of Unfortunate Events (under the nom de plume Lemony Snicket), Handler's output is inventive and eclectic. His work often challenges conventions of fiction, sometimes by including himself as a character in Adverbs or by writing an "unauthorized autobiography" of his Lemony Snicket persona. Now, on the heels of 13 Words, a children's book produced in collaboration with illustrator Maira Kalman, the writer and the artist reunite for Why We Broke Up. Presented as a taxonomy of meaningful items, from a doomed teenage relationship described in a breakup letter from eloquent film buff Min to her ex, clueless basketball star Ed, the novel blends Handler's sardonic wit with Kalman's lush illustrations. Author interviewer Zack Ruskin spoke with Handler on behalf of Goodreads. 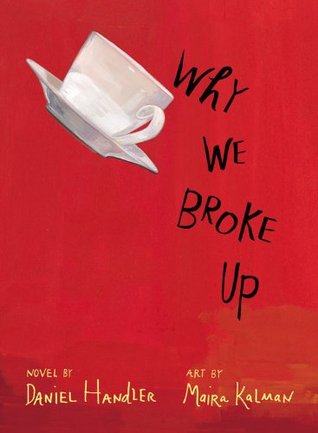 Goodreads: Was Why We Broke Up conceived with Maira Kalman? How did your collaboration unfold?

Daniel Handler: Maira and I had already done a picture book, 13 Words, which began as a manuscript I gave her. When we decided to do another book, I suggested that we start another way, and I asked her what she wanted to paint. She wanted to paint small objects, ordinary objects that could only become magical when an artist was painting them or when someone was looking at them and remembering something magical. We went from there.

GR: Following your murder mystery, The Basic Eight, Why We Broke Up is the second novel you've written in a female voice. Do you enjoy the challenge of writing as the opposite sex?

DH: Writing is always a challenge, but a female voice isn't especially difficult for me. A long time ago a woman told me that to write from a woman's perspective you should just have her think and do everything a man does, while being self-conscious about her body the entire time.

GR: Narrator Min constantly compares her life to the old movies she watches. How did classic cinema come to be such an integral part of your novel? What prompted your choice to invent all of the movies mentioned instead of using real titles?

DH: Dreaming of a world more glamorous and lovely than the one you're stuck in is pretty much the definition of love and old movies both. The trouble with using real movies—or real anything—is that the reader brings their own baggage. If you say, "The evening was like Breakfast At Tiffany's," some people will think that means hopelessly elegant and some people will think it means overlong, with a racist caricature. If you make up a movie, then it means only what you intend it to mean.

GR: Why We Broke Up is written as a long letter from Min to Ed, to be read by him as he goes through a box of keepsakes from their relationship. Goodreads Author Anjanette Delgado asks, "Why the letter-writing format? What did you hope to accomplish with it?"

DH: I hoped to tell an interesting story, and whether I accomplished this or not is, thankfully, for other people to decide. I thought a long letter to a specific recipient would be a good way in.

GR: Is Why We Broke Up a young adult novel? What does that distinction mean to you?

DH: I have no idea what a young adult novel is, really. A few years ago I was on the committee for the National Book Award for Young People's Literature. Most of the books we read were labeled YA, and the only thing they had in common was that we were reading them. When I was a young adult, I was reading all sorts of books now largely classified as literary fiction. But I guess any category that contains John Green is a category in which I'm happy to be placed.

GR: Goodreads member Crystal asks, "Did you ever think about letting Ed have one chapter at the end?"

DH: Ed writes two brief notes to Min, and one to somebody else. I think those writings speak for themselves.

DH: My reading changes depending on what I'm working on. Ellen Gilchrist, Ariana Reines, and Chelsea Minnis were writers who helped me a lot with Why We Broke Up.

DH: Charles Willeford's New Hope for the Dead, but I won't tell you why.

DH: I wake up, drink espresso, walk my kid to school, take the bus to a swimming pool, swim laps, and then work, mostly longhand on legal pads, in my office at home or in one of a handful of cafés with very patient staff. I like to listen to appropriate music, and I always need a couple of unsharpened pencils nearby to tap and drum while thinking. (These don't seem to qualify as "unusual writing habits," at least by the standards of writers.) Then I type in what I've written, print it, read it again, and wait for cocktail hour.

GR: How does your worst high school breakup compare to what happens to Min and Ed?

DH: Obviously what happened to me was much, much worse because it was happening to me, not two other people. 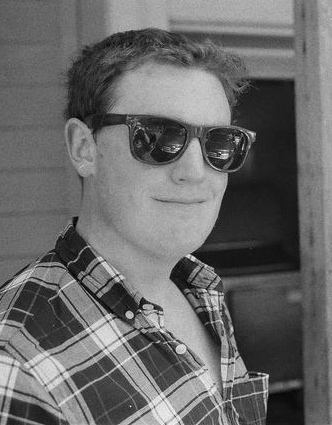 Interview by Zack Ruskin for Goodreads. Zack is a writer, reporter, and bookseller in the Bay Area. His work has appeared in The Believer, Patch.com, and The Rumpus. He cordially invites you to visit zackruskin.com.

Learn more about Zack and follow what he's reading.

Thanks to you, I was so addicted to reading. I can still remember the first few books I read and you are one of those authors who cherish my love for books. I can't wait to read this one. 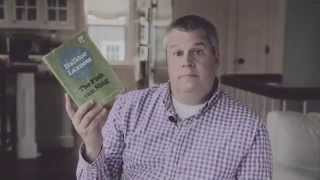