Posted by Goodreads on January 3, 2011
6 likes · 5 comments
Like many writers of literary fiction, Kim Edwards has a Master of Fine Arts, teaches writing at a university, and released a critically acclaimed short story collection (The Secrets of a Fire King). Unlike many of her peers, however, Edwards' debut novel, The Memory Keeper's Daughter, shot to the top of the best-seller charts in 2006. Readers were moved by the story of a Kentucky physician whose wrenching decision following the birth of his twins irrevocably alters the course of several lives. Blogger and book reviewer Bethanne Patrick spoke with the author about her second work of fiction, The Lake of Dreams, which is set where Edwards grew up in the Finger Lakes region of upstate New York. World traveler Lucy Jarrett returns to her hometown still haunted by her father's death, but when she follows a clue from a stained-glass window, she discovers a family truth kept secret for generations. 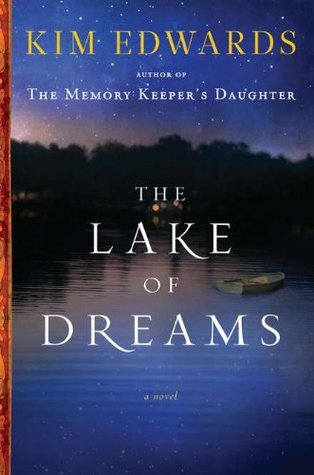 Goodreads: What inspired the plot of The Lake of Dreams?

Kim Edwards: Books come from different places and take their shape in different ways. In the case of The Lake of Dreams I wrote a draft of the novel years ago, discarded it in a box in my basement, and wrote the stories in The Secrets of a Fire King. Then I wrote another first draft of this book, put it aside, and wrote The Memory Keeper's Daughter. Finally, after publishing that novel, I was ready to come back to my older ideas that had taken shape in the very first, discarded draft—and I realized that all of that writing had brought me to the heart of the story, which is a quest story about a woman being called back to the place she came from.

GR: Lucy Jarrett returns home to upstate New York after spending time in Japan and discovers parts of her family history that she never knew. Like The Memory Keeper's Daughter, this new book concerns a family secret and the past's effect on the present. Did you set out to write a book like that when you started?

KE: Some parts of the new novel I carried with me, and they were with me even before I wrote The Memory Keeper's Daughter; this book's secret is a very different kind of secret. I structurally set myself the challenge of telling a complicated secret from a different angle. It is so much more interesting to me to do something new than to repeat myself. That's the whole pleasure of writing for me—discovering the story.

[At the beginning] I didn't know what my protagonist's discoveries of the past would be. It wasn't until I started writing from Lucy's point of view that the story started to take its shape as one that had a contemporary story as well as a back story. I knew there was something in it about a concern about the land and that it was an intergenerational story. I kept having this need to write out the history from Rose [Lucy's great-great aunt], needing to know what happens to these characters in the past so that I could know what happens in the present. The process is so mysterious and intuitive, but you have to have both sides: receptive intuitiveness and the more intellectual story shaping. Whenever I hear someone say they knew the ending before they wrote the story, I think, "Wow!" That does not happen to me.

GR: Geography is very important to you; in The Memory Keeper's Daughter, the geography of Kentucky plays an important role. Let's talk about upstate New York—you grew up in the middle of the Finger Lakes region.

KE: I made up a Finger Lake for this book! It's one of those things where I was making up a fictional story, and every time I tried to set it up in a real place it didn't work. I knew my book was going to be extensively set up in that area. I love it, it's a beautiful place, and including its details was one of the pleasures of working on the novel. The Finger Lakes are glacier lakes that were originally rivers, so they're long and thin and exceptionally deep. Lake Seneca is 800 feet deep in some places.

That deepness translates into the novel's themes in places, such as Lucy's dreams. For Lucy, her dreams are important. In them, she makes discoveries about her past, but since in quest stories the inward journey is also important, these dreams are a reflection of what's going on in her psyche in transforming the past into possibilities for her present.

GR: In a previous interview you talked about serendipity versus research. Let's discuss that; they are both important, but I'd love to hear about a moment with your new book when one led to the other.

KE: I did have a sense, early in the writing of the book, that concerns of the past would have to do with women's place in our culture and women's place in the church. I had a wonderful moment in which I saw some interlocking circles in a church window that appealed to me, and I decided to have Lucy notice some like those. These intuitive, ancient symbols—the more I read about them, the more they fit in beautifully to the motif of the book and became a very important symbol.

The role of women in the church is very important in this book, and it's kind of a revolutionary change that's happened within my lifetime in the Episcopal Church. For some years I was not going to church because women were on the periphery, but now women are at the altar, and it's kind of an astonishing thing to see. It hasn't made its way very much into fiction. I was very proud of creating the Rev. Suzy in The Lake of Dreams as this strong female cleric who hasn't been written much before.

KE: [laughs] Do you want me to describe a typical good day or a typical bad day?

Here goes: Every day I drop my girls off at school, get no coffee (allergic!), turn off the Internet (when you're having bad days, it's easy to get distracted), read over what I finished the previous day, then try to enter that contemplative, receptive space where you can do the best creative work. Sometimes I enter that by using a handheld wooden labyrinth. Years ago I read that Rick Moody suggests writing 1,000 words a day, and I love that: I started using it. It doesn't mean you have to write 1,000 good words, or just 1,000 words—but it does mean that you need to let yourself wander a bit until you find what catches you. You have to write all of the puzzle pieces of a novel, then see how they best fit together—or at least I have to do that. Aiming for those 1,000 words frees me from worrying about anything else. Something will catch hold, and I write—sometimes more, never less.

KE: On authors who have influenced me I'd list William Trevor, Alice Munro, and Virginia Woolf for their insight into character and their poetic use of language. Also Anton Chehkov and Gabriel García Márquez.

KE: I've recently finished Middlesex by Jeffrey Eugenides, Little Bee by Chris Cleave, a memoir called Breaking Night, and The Stone Diaries by Carol Shields. I have Alice Munro's Too Much Happiness on my desk, and my editor just sent me Trevor's Collected Stories, so I have blissful days ahead of me! 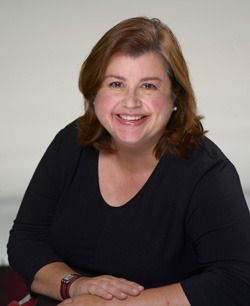 Interview by Bethanne Patrick for Goodreads. A journalist and book reviewer in the Washington, D.C., metro area, she is also the managing editor and host of The Book Studio.

Learn more about Bethanne and follow what she's reading.

I'm from the Finger Lakes too, and can't wait to read THE LAKE OF DREAMS. I got to meet Kim at a book reading this week and she is a lovely, fascinating lady.
Thanks for the interesting interview, Bethanne.

Great interview. I was surprised to see Chekhov in KE's list. Makes me want to go back to reading his works.

I just finished reading The Lake of Dreams. It was one of the best books I have read in a long time. The characters are so well developed - you will feel like you know them. The story is unforgettable.

am currently reading the lake of dreams..am on page 30..looks good so far...