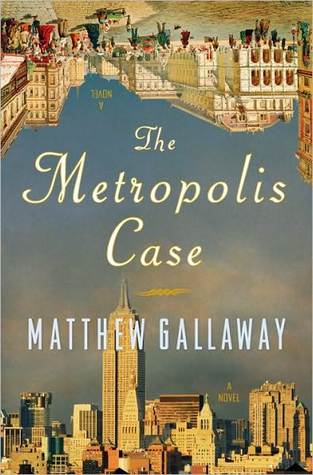 Richard Wagner's opera Tristan and Isolde has a checkered past. The composer wrote the music and libretto for the legend of two doomed lovers while allegedly cheating on his wife, and the opera is notoriously difficult and arduous (two conductors have collapsed and died during the second act). Debut author Matthew Gallaway drops his story into the rich history of Tristan and Isolde in The Metropolis Case. Following a collection of characters who share a connection to the opera and to each other—Lucien, a Parisian opera singer who performs the role of Tristan at the 1865 premiere; Anna, a talented diva who appears as Isolde at the Metropolitan Opera in the 1960s; and Martin, an aging HIV-positive lawyer whose love of opera gives him a fresh take on life in post-9/11 New York City—the story becomes as melodic and complex as Wagner's goal of a "total work of art." Gallaway shares some of the sounds and images that inspired his first book.
Goodreads: Describe the experience of hearing Richard Wagner's opera Tristan and Isolde for the first time. Why did you choose this opera as the linchpin for your story?

Matthew Gallaway: I first saw Tristan and Isolde ten or so years ago in New York City at the Metropolitan Opera. It was one of my first operas, and I was a bit nervous because it's over five hours long (yikes!), but I immediately fell in love with the music, which combines dissonance, melody, and a wall-of-sound power that reminded me of some of my favorite rock bands, such as the Velvet Underground and My Bloody Valentine. There's an almost syrupy or underwater quality that can feel very heavy at first, but when it works, it will slowly break you down before it carries you away at the end. During Isolde's famous death scene [the Liebestod], you feel like you're flying. [At left, watch the Liebestod aria performed by soprano Waltraud Meier at La Scala opera house in Milan, Italy, in 2007.]

I was also fascinated by the underlying philosophy of the piece, which Wagner wrote as a kind of tribute to Arthur Schopenhauer's concept of the "will," a sort of unknowable force that drives us to do things we may not understand (much like the Freudian notion of the unconscious) but the truth of which we can sometimes glimpse during moments of great passion or artistic creation. I thought all of these themes would be interesting to explore in a written story that, ideally, would convey some of the magic I felt listening to the opera.

GR: Are you an opera buff? Or a musician yourself?

MG: I'm more of a buff than I used to be, but I'm far from an expert. My knowledge tends to be deep in a few areas because I've had the opportunity to see certain operas numerous times, but there's still a lot for me to learn, and it's very much a process of discovery. I grew up listening to and playing rock, and was in a band for the better part of a decade in my twenties. But for me, finding opera was a way to fall in love with music all over again, which was a real gift because at the time I was a little saturated with rock. One of the most amazing things about opera is that it's still largely unamplified, so that what you hear now is not so different from what audiences heard a century ago, or even longer. There's also a remarkable tradition and continuity to many operas, and I was always astounded to learn how famous singers from 100 years ago in some cases taught those who followed and so on, so that the great singers of today are in some cases only three or four places removed from the original performers. 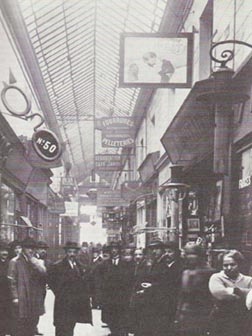 Walter Benjamin's The Arcades Project, "The Streets of Paris"
GR: Each chapter title is taken from an artistic reference—songs, films, books. How did you compile this list, and what are some of your favorite chapter titles? [View the full list on Gallaway's Web site.]

MG: Many of the titles refer to songs or books or films I've personally loved. Or in other cases the titles reflect an evolution of philosophical thought, which in turn is represented by a character's development in the book. Mostly I wanted to convey the idea that these artworks, like cities (and people), are constantly evolving in the same way life is often a process of taking the old and transforming it into something new. It's really difficult to choose a favorite because I honestly love all of them for different reasons, but if I had to pick one, it would probably be the second, "Through Its Street Names, The City Is a Mystic Cosmos." It's a somewhat corrupted (by me) quote by the German writer Walter Benjamin, and I think it encapsulates a lot of the love and wonder I feel when confronted by the spinning impossibility of the city—those fleeting, wonderful moments when your emotions feel larger than life and anything seems possible.

Amazon sez your book should arrive week of Nov 6th.
Fr Letters of Carl Van Vechten: "Perhaps the most obscene piece of music I know is also the most beautiful. The Prelude to "Tristan" accurately describes a FUCK. I cannot see how an audience can sit through it without a sexual thrill." (To James Purdy, July, 1957).

Dome lazy The composer wrote the music and libretto for the legend of two doomed lovers while allegedly cheating on his wife, and the opera is notoriously difficult and arduous

Fr Letters of Carl Van Vechten: "Perhaps the most obscene piece of music I know is also the most beautiful. The Prelude to "Tristan" accurately describes a FUCK

The composer wrote the music and libretto for the legend of two doomed lovers while allegedly cheating on his wife, and the opera is notoriously difficult and arduous (two conductors have collapsed and died during the second act).

Fr Letters of Carl Van Vechten: "Perhaps the most obscene piece of music I know is also the most beautifu

Dome lazy The composer wrote the music and libretto for the legend of two doomed lovers while allegedly cheating on his wife, and the opera is notoriously difficult and arduous

The composer wrote the music and libretto for the legend of two doomed lovers while allegedly cheating on his wife, and the opera is notoriously difficult and arduous (two conductors have collapsed and died during the second act).

Fr Letters of Carl Van Vechten: "Perhaps the most obscene piece of music I know is also the most beautifu

Thank you so much to this online support. I need this so that still searching where are saved passwords in microsoft edge now am going to learn all answers easily. 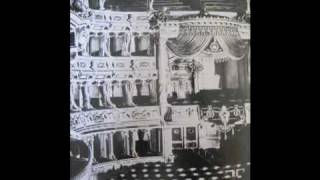