"In Bed" with Simon Winchester

As a journalist, British writer Simon Winchester dropped in on Northern Ireland's Bloody Sunday, Washington's Watergate scandal, and Hong Kong's final years as a British colony. The foreign correspondent was even imprisoned in Argentina during the Falklands War. His work as an author is equally variegated and adventurous: Among his 20 published books, The Professor and the Madman reveals the surprisingly torrid history of the Oxford English Dictionary, and Krakatoa surveys the destruction of the ill-fated volcanic island. Winchester's latest book leaves the landlubbers behind for Atlantic: Great Sea Battles, Heroic Discoveries, Titanic Storms, and a Vast Ocean of a Million Stories. Winchester shares his favorite bedtime books about the sea.

"The best of all descriptions of a storm at sea—only In Hazard by Richard Hughes comes close—with in addition all the troubled and troublesome seaborne characters one expects from a Conrad novel. This is a story best read while the rain is lashing at the windows, with the bedclothes pulled up to your neck, and a hot toddy close at hand." 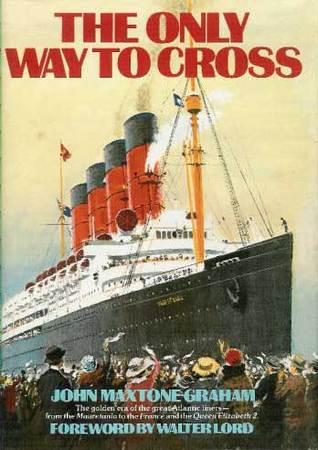 The Only Way to Cross by John Maxtone-Graham

"The languorous majesty of the great ocean liners, steadily plowing through the boiling Atlantic waves while unflappable waiters serve impeccable cuisine in surroundings of the highest art to diners dressed with an elegance all but forgotten back on land, is vividly captured in this classic account. The liners, short-lived though they were, provided oases of civilized behavior in a sea of torment."

The Price of Admiralty by John Keegan

"No finer historian of warfare exists today, and when John Keegan brings his knowledge and wisdom to bear on the world's great sea battles, we can be sure there is nothing finer. They're all here—Trafalgar and Jutland, the Nile and Midway, with the accounts rippingly readable and sturdily authoritative in equal measure." 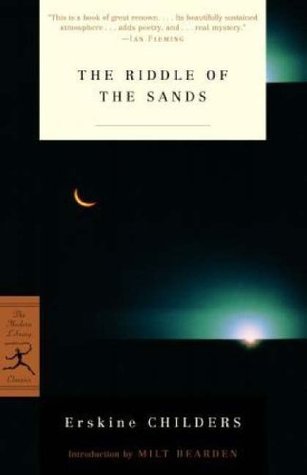 The Riddle of the Sands by Erskine Childers

"I have this on my bedside table. I read this spy novel every other year and find it as gripping and enthralling on each subsequent occasion as I did when I first encountered it half a century ago. The sailing, the intrigue, the excitement, the eccentric and amazingly detailed maps will all conspire to keep you from turning out the light for hours. Remember the backstory, too: that the author himself, an Irish nationalist, was executed by a British firing squad, while in a delicious irony his son went on to become president of Ireland." 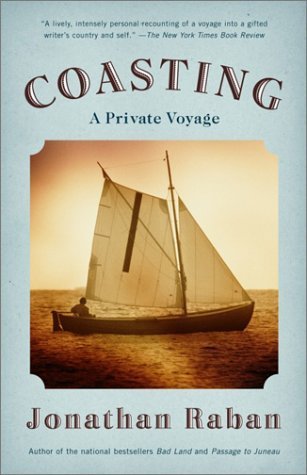 "As with all the books of this great British craftsman-writer, Coasting—in which Jonathan Raban attempts to sail entirely around the coastline of England—is a work of great power and poignancy. He made his journey during Britain's sorry little war against Argentina over the issue of the Falkland Islands—a war in which the Royal Navy played an especially powerful role—which added greatly to the tone of the stories he found each time he stopped his little boat and began to question coastal dwellers about the condition of their country."

How has this man written so many books, he looks so young, did he start when he was 2?

I read the Professor and the Madman...I think it was great, but I'm biased: I LOVE libraries and books wall to wall...

Now, someone tell me the truth, how old is this man, REALLY? And has he a good plastic surgeon?

Lydia Elle wrote: "How has this man written so many books, he looks so young, did he start when he was 2?

I read the Professor and the Madman...I think it was great, but I'm biased: I LOVE libraries and books wall t..."

These are all written by different people. The man is sharing his list of books.

He actually has written 21 books as of 2011 so has been quite prolific.

Yes, i did not necessarily mean THIS group of books. I read an article about him where it was revealed that he IS quite prolific, Bill, thank you. 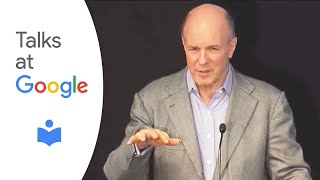