Posted by Goodreads on April 5, 2010
13 likes · 14 comments
Each month we seek out a hidden gem from the vast Goodreads catalog, focusing on debut authors, indie publishers, and other literary folk not yet on the best-seller lists.

Quill, Royal typewriter, fountain pen—Sharpie? Austin Kleon marries words and images through cartooning, visual note taking, and now Newspaper Blackout. For his debut collection, the Ohio native took a Sharpie to The New York Times, creating poetry out of the words that remain. 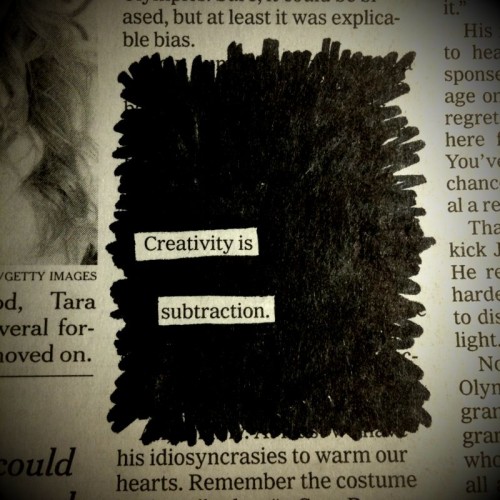 Goodreads: You blend words and images through your poetry, cartooning, and other projects, including mind maps and "de-signs." What is your inspiration for including a visual component with writing?

Austin Kleon: I really think of myself as a cartoonist: "a writer who draws." Words and images aren't separate for me. I actually think we're all wired to see pictures and words together. When you give children a piece of paper and some crayons, they don't really distinguish between the two. It's all mark-making for them. When you write the alphabet, you're drawing images.

Then when we get to school, writing and drawing are broken into English and Art. It's been the same way in human history: Early on, pictures and words were together, and then Gutenberg comes along and the printing press can't really handle the integration of the two. Before Gutenberg, all these monks were hand-copying the Bible into beautiful illuminated manuscripts. Now, with the Internet and digital publishing, we finally have the ability to bring pictures and words back together.

When I was in "creative" writing workshops in college, all manuscripts had to be in double-spaced, Times New Roman font. And my stuff was just terrible. It wasn't until I started making writing with my hands—by collaging in my notebooks or using a Sharpie marker to redact newsprint—that writing became fun and my work started to improve.

So that's my mission: to bring drawing and writing together and help people step away from the computer and create writing with their hands.

GR: You quote Jean-Luc Godard on your Web site: "It's not where you take things from—it's where you take them to." Do you have favorite newspapers or magazines to use as source material? What do you look for as you scan the page?

AK: Someone once said, "If you're going to steal, steal big," so I use The New York Times. Blackout poems need a lot of words, and it's hard to actually find a paper these days that has a lot of words. Not to mention good words. There's a lot of top-notch writing in The Times, the design is consistent, and the typography is classy.

I used to stay away from the business and sports sections, but recently I've found some of my best poems there. Sports writing is a really terrific place to find poetry: There are lots of proper nouns, place names, and action verbs. That's what I'm looking for: good nouns and verbs. I try really hard not to read the articles beforehand. I try to treat each broadsheet as a canvas, or like one of those old Word Find puzzles we used to have when we were kids, where you had to hunt down and circle words in this big field of random letters.

Are you a blackout poet in the making? All you need is a page of text, a trusty Sharpie, and your own ingenuity. Post images of your blackout poems in the comments section below and check out the community of poets on www.austinkleon.com!

Congrats on all your success, Austin! I just keep seeing your name pop up places! And your stuff wasn't Completely awful in college. :)

writing is therapy for me. sometimes i got so much words in my head, but when i wrote it down, it just..not good. blackout poet kind of helping me.

writing is therapy for me. sometimes i got so much words in my head, but when i wrote it down, it just..not good. blackout poet kind of helping me

Congrats on all your success, Austin! I just keep seeing your name pop up places! And your stuff wasn't Completely awful in college. :) 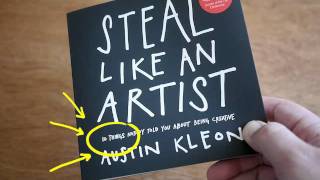