Goodreads author Therese Walsh explores the inseparable bond of twin sisters in her debut novel, The Last Will of Moira Leahy. A mystery with a dash of Indonesian mysticism, Walsh's novel centers on Maeve, a workaholic professor in upstate New York, and her twin sister, Moira, whose life was cut short nine years earlier. When Maeve impulsively buys a keris (a Javanese dagger) because the asymmetrical blade reminds her of her twin, she begins receiving anonymous notes. The notes help her uncover secrets related to Moira's death. We asked Walsh to share an image of a keris, the sacred object that propels Maeve on her journey.

Goodreads: What inspired you to use a Javanese keris as a catalyst for the story?

Therese Walsh: I have luck to thank for this one. I needed an antique for the opening scene, which takes place at an auction house, and chose the blade from a list because it looked interesting. It wasn't until I started to research the keris that I discovered its rich history—that it was once considered a revered spiritual object, that it could be made for a specific purpose, and that it's steeped in lore. It was simply too interesting not to exploit.

Maeve covets the present-day keris because it reminds her of the happy days of her childhood. Back then she and her identical twin, Moira, used to filch a similar keris from the artifacts cabinet in their home so that they could pretend to be Alvilda, pirate queen. Arrr!

GR: Why did you make Moira and Maeve twins? How is a twin bond different than a sisterly bond?

TW: Imagine living life with someone genetically identical to you, how invested you might become in their life, their decision-making processes, their eventual happiness—because that person is you, only traveling a different life path. Strong emotional connections are common with identical twins, who may even develop their own language when young. Others experience something verging on a psychic bond, perceiving when their twin is sad, happy, hurt, and even when they die.

Moira arrived on the page as Maeve's identical twin without any conscious decision making on my part. But, like the keris, once she appeared, I held fast; she was simply too good to let go. 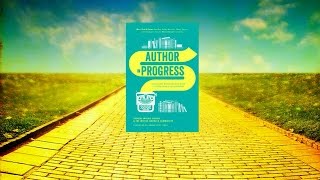