Posted by Goodreads on February 9, 2009
9 likes · 4 comments
Debut author Jamie Ford knows how to sell, sell, sell. Despite a very successful career in advertising (he's won over 400 Addy Awards), Ford was determined to extend his writing skills—first in the short story medium and now with his first novel, Hotel on the Corner of Bitter and Sweet. Jumping back and forth between the 1940s and 1980s, the book tells the story of Henry, a Chinese-American living in Seattle, and his love for Keiko, a Japanese-American student who is sent with her family to an internment camp during World War II. Ford chatted with Goodreads about cultural identity, why he is drawn to love stories, and how he can write just about anything on a deadline.

Goodreads: What inspired the story, and how much, if any of it, was inspired by family history?

Jamie Ford: The inspiration was a button my father wore as a Chinese-American teenager growing up in Seattle during WWII. The button read, "I Am Chinese," and a lot of Chinese kids wore them to separate themselves from their Japanese neighbors. It was an icon of the time and just haunted me. And the rest, as they say, is history.

GR: Henry and Keiko come from two different cultures, and yet are united in a way by the hostility of a third culture, the United States, during the turmoil of World War II. Do you think it has gotten any easier for love to transcend culture since the 1940s?

JF: Without a doubt—I remember what an oddity my own parents were. My dad was Chinese and my mom was Betty Crocker white—an unusual pairing in the '60s. Most people assumed that my mother was Chinese, partly because of my last name, but mainly because that was the norm—this war-bride model of a white guy bringing home an Asian wife. Growing up, the only two Asian men that I knew of with Caucasian wives were Bruce Lee and my dad. Now ethnicity, at least in Seattle, is almost an afterthought. I remember waiting tables in college and noting the lovely diversity of couples that came in for dinner. Geography and proximity still play a natural factor, but I do think love is somewhat color-blind these days. (Though culture, lifestyle, and religion can be just as divisive at times.)

GR: What are some of your favorite literary love stories?

JF: I think my brain must be hard-wired for love stories. Sense and Sensibility is a personal favorite. And I love Shakespeare, though I tend to prefer comedy over tragedy, favoring Much Ado About Nothing over Romeo and Juliet. Not a big fan of Wuthering Heights, though, oddly enough. When I think of modern literary love stories, I almost draw a blank—which is rather tragic in itself. Are we writing fewer love stories these days? Paging Doctor Zhivago...

GR: You expanded a short story into a full-length book. Did you have a long-standing ambition to write a novel?

JF: I love short fiction. I love to read it and I love to write it, but the market for short fiction is almost theoretical these days. So writing novels seemed like the only way to really have a sustainable career as a fiction writer. Once I'd written the short piece, "I Am Chinese," with the characters of Henry and Keiko, I knew they had a larger story to tell. Or as one editor put it, "the moral territory was novel length."

GR: Please describe your research process: Seattle and the Panama Hotel, cultural attitudes during WWII, or the history of the internment camps.

JF: I try to immerse myself in the time period, not just the actual events in the book but the geography, diction, and naming conventions of the time. Usually, I'll start with maps—old period pieces. I find them in antiques stores or on eBay. For Hotel I used a map of Seattle, circa 1939, as well as old hand-drawn maps of Japantown. Then I'll find any and all nonfiction resources—books, newspapers, letters, old photos and such. For Hotel, I spent a lot of time at the Wing Luke Asian Museum, both in person and online. And of course I went to the Panama Hotel in Seattle and spent time in the basement, reverently going through the belongings of Japanese families that still reside there. I also flew out to Seattle and met with famed activist and historian, Doug Chin, who lent a few charismatic insights and helped validate my research.

GR: Are you a jazz lover? How did you decide to incorporate elements from the Seattle jazz scene? Who are some of your favorite musicians from that era?

JF: I think I like the idea of jazz more than jazz itself. By that, I mean, jazz in its heyday was louder and had a more gregarious performance aspect to it. Its context in popular culture was larger than life. But over time, the large bands became ensembles. Ensembles became trios. And trios gave way to solo performers so that jazz in many cities is a tinkling echo of what it once was. In my mind, a piano bar is to jazz what a gecko is to the dinosaurs—a descendant, rather than a modern re-creation. Of the early jazz era, I'm probably partial to Billie Holiday, who I swear has come back to us in the form of Erykah Badu. (She's amazing!)

GR: Advertising and novel writing are pretty far afield. Do you feel that your professional background in advertising helped hone your writing skills?

JF: [laughing] Well, it helped tremendously in one area—deadlines. I'm such a creature of deadlines. I remember going to a writing workshop where we wrote and critiqued on-site, all week long. The instructor asked for a few volunteers to go first, leaving the rest of the group to have an extra day or two to write. Two of us volunteered, myself and another woman. It turned out that both of us worked in advertising. We were the two least afraid of deadlines—the two most accustomed to writing under pressure.

Aside from that, I suppose there's something to be said for just writing—commercials, ad campaigns, brochures, corporate communications, that kind of thing. Getting paid to play with words. It helps in a way, but it's really just an adjunct to writing fiction. It's sort of like asking a chef if his experience washing dishes was in any way helpful. And in some strange way, it is.

GR: What are you working on next?

JF: I'm busy working on the next book, which is another historical Asian-themed novel—tentatively titled, Whispers of a Thunder God. The book is set predominately in Japan and Seattle. It's a love story, but also a tale of a man struggling with the concept of faith.

JF: As far as writing habits, I tend to over-research, to the point where I'm almost frantic about writing, fearing that I'm going to forget something or leave something out. And once I begin I have a hard time stopping, so I'll try to slow down and stay on an even pace, usually 1,500 words per day, or at least a completed scene. The next day, I review and edit the previous day's work, then keep plugging away, without any days off (if I can help it).

GR: What authors, books, or ideas have influenced your writing style?

JF: Ah, what a lovely question—especially the "idea" part, which has influenced my writing more than any single author or book.

And that idea is this: I don't allow myself to become a "performance writer"—that is, someone who is basically writing for the strict enjoyment of other writers. If someone likes my fiction more for the quality of my prose rather than the quality of my storytelling, I'm doing something wrong. I try to avoid that literary density—where authors indulge themselves in a sideshow of linguistic jujitsu—decorating the page with words. I don't permit myself to say, "Bob's rapacity knew no satiety," when I meant to say, "Bob was hungry."

JF: I'm re-reading Watchmen by Alan Moore and Dave Gibbons. I'm a voracious consumer of graphic novels, and wanted to see if it held up after all these years—no surprise—it does.

Also, I recently read The Art of Racing in the Rain by Garth Stein and absolutely loved it. You don't even have to be a dog enthusiast to enjoy it, but if you are, it's even more powerful.

As far as favorite authors—I'm generally in awe of Sherman Alexie. Even his simple, most modest stories have an air of importance about them. And the lyrical quality of his writing never distracts from the lovely or tragic events taking place.

Wonderful interview of Jamie Ford. Will read your work. Yes, to clear language.... within clarity you often find a phrase so beautiful you read it seven to ten times before moving down the page. Yes to Jazz and good phrasing and giving it some juice and yes to Sherman Alexie...whose writing lets you live on the Rez. Yes to the Seattle/Northwest experience and finding your place in the world when you are slightly out of place. yes to love....Oh, yes to LOVE! I will read your work. Thank you!

Theresa is right. I too found myself reading a some phrases more than once because of the beauty and all the sentiment on them. I look forward to your next book.

I loved this book!

I was so moved by this book that it still haunts me. It felt so real and true. 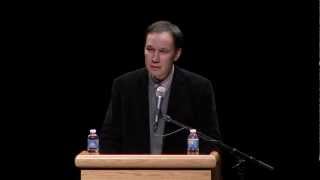