You're Reading the Wrong Vonnegut: Or, why authors' best known books are often not their best books

Posted by Patrick Brown on July 20, 2011
39 likes · 14 comments
Yesterday, in the Guardian, John Self wrote a very entertaining post about why it seems that so many authors' best known works are not their best works. He writes, "If someone reads Kurt Vonnegut's most famous book, Slaughterhouse-Five, and doesn't like it, I'll want to shout to them, "But it's rubbish! Cat's Cradle is much better!" 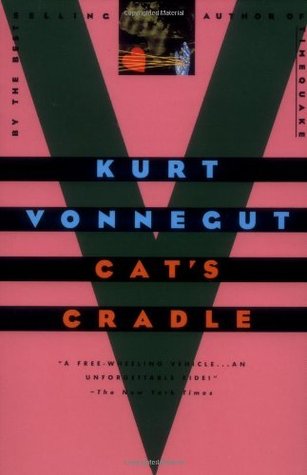 This is the sort of argument that used to be unwinnable -- you'd say Slaughterhouse-Five is the best, I'd argue for Cat's Cradle, and in the end, after some fisticuffs, we'd agree to disagree and go have a beer. But not anymore! We have data to help us settle the argument, definitively. Looking at the statistics for Slaughterhouse-Five and Cat's Cradle, one can see that while many times more people have read Slaughterhouse-Five (250,000 to 50,000), Cat's Cradle does have a higher average rating (4.16 to 3.87). Argument settled (Though you should really just read both books; they're both excellent). With this in mind, let's look at a few of the authors that Self argues are "famous for the wrong book." 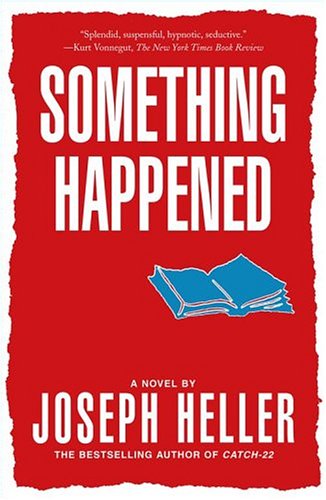 How about the rest of Self's list. Unfortunately, the Goodreads data doesn't support Self's suggestion that Joseph Heller's Something Happened is superior to the more often-read Catch-22. Despite having been read by seventy times more people, Catch-22 has the higher average rating, by quite a bit (3.96 to 3.4).

And the Goodreads numbers again fail to support Self's position that Kazuo Ishiguro's The Unconsoled is a better book than his much more popular titles Never Let Me Go and The Remains of the Day; it has a lower average rating than either of them. 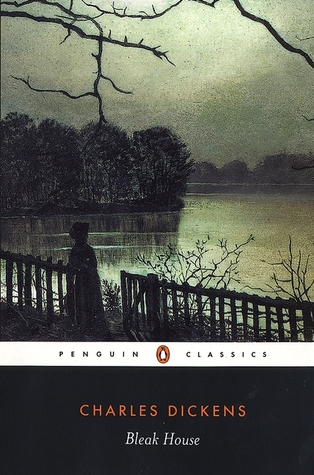 Still, it's fairly consistently true that an author's most read book will not be her most highly rated. For instance, Charles Dickens' highest rated book is not the more widely read A Tale of Two Cities, but rather his third-most widely read title, A Christmas Carol and the slightly more obscure Bleak House. The Brothers Karamazov, not the more popular Crime and Punishment, is Dostoevsky's highest-rated book. John Steinbeck's East of Eden has a whopping 4.31 average rating while his more well-read titles Of Mice and Men and The Grapes of Wrath fail to crack 4 stars. 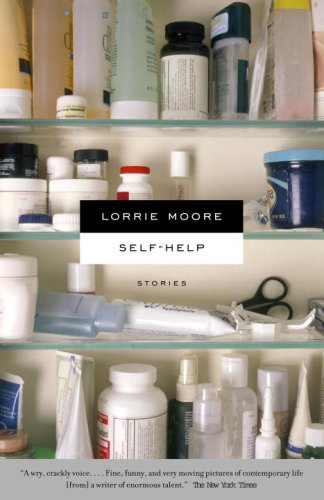 This trend holds even for more contemporary authors. Aimee Bender's The Particular Sadness of Lemon Cake is by far her most widely read book, but it is not her highest rated; both The Girl in the Flammable Skirt and Willful Creatures have nearly a full star higher ratings. The highest rated Lorrie Moore book isn't A Gate at the Stairs, which has more than 6,000 ratings, but Self-Help, which has a mere 2,000 ratings. (I must mention one caveat with regards these contemporary examples: Since Goodreads is only a few years old, it stands to reason that the newest books -- those released since Goodreads has been around -- are going to have more ratings than older books, which people may not even remember they'd read.)

For every example, though, there are counter-examples. For instance, Jane Austen's most often-read title, Pride and Prejudice, is also her most beloved, with an average rating of 4.21. Jennifer Egan's latest book, A Visit from the Goon Squad, is both her best and most popular title, according to the Goodreads community.

I have a theory for why it is so often the case that an author's most famous work is rarely their highest rated. In the case of the classics, most readers encounter them first in school. As such, the ratings for those books are dragged down by those who bitterly recall being forced to read them. The more obscure works, meanwhile, are largely read by readers who have already read the more famous work and enjoyed it enough to seek out more of the author's work, leaving it with a higher average rating. As for the contemporary authors, I think a different phenomenon is in play. Often, an author will slowly build a readership, stacking great work on top of great work for years until, finally, they have a "hit" that many people read. Inevitably, some of these new readers won't find the author's style to their liking and will rate the book poorly. Those same readers aren't going to bother exploring the author's oeuvre any further, leaving their earlier works with a shinier average rating.

Of course it's also possible that people just like to say they prefer obscure books. I'd run the numbers for my favorite author, but he's pretty obscure. You probably haven't heard of him.
Like · 39 likes · 14 comments

I'd have to say that the smaller number of votes for the "best-loved" books makes the result less reliable. Say author X writes books A, B, and C. 1000 people read A, 500 people read book B, and 250 people read book C. From those numbers alone, there's a reasonable likehood that book C will prove the "best-loved", because only someone who really loves author X will read the whole canon. It doesn't really matter in what order they're written, or where they fall in a story's chronology (although later books in a series will also show this effect) — only "true fans" will make it through to the end, and thus bias the result.

Mark is absolutely right; the effect he mentions could be quite real. Since you actually have data for individual readers you could actually look into this.

Even if that particular effect doesn't exist, you still could have sampling bias regardless.

East of Eden *is* really good though :).

Seems the elephant in the room you seem to dance around but never truly acknowledge is that "most liked (particularly among a subset as narrow as Goodreads members)" is not necessarily indicative of overall value when determining which is truly "best."

Of course, you have to define your terms before having such a conversation. Well, at least I believe one should. Otherwise, two people can go at it all day long arguing one against the other never paying tribute to the influence of simple preference.

So...what does it mean to say that one book is 'better' than another, really? I certainly would never leave that to the 'madness of crowds,' lest I be subjected to a never-ending stream of praise toward crap I simply don't find even remotely interesting.

I liked Player Piano! Not Vonnegut's best known and maybe not even the best but it was relevant to me.

For Vonnegut, I loved slaughter house five and didn't enjoy cat's cradle however,Bluebeard is probably my favorite....As far as Jennifer Egan goes I loved a visit from the goon squad....but equally enjoyed The Keep....hmmm....interesting article....thanks for making me think :)

Randall is right. "Best" is a subjective term, and we each need to define our criteria for ourselves. I would not want to depend on Goodreads ratings to determine which books are "best." Instead, I would want to read a few reviews in order to determine the standards that each reviewer used to evaluate a book. If a reviewer's criteria are completely different from mine, then I will partially or wholly discount that reviewer's rating. I'm more interested in what like-minded readers think than I am in the average rating number that represents what "everyone" thinks.

Ratings may be suggestive, but they are not definitive indicators of excellence (again, a subjective term).

And I have to admit that when I assign a rating number to a book, I always feel a bit uncertain about it. It's a fluid, imprecise, and intuitive thing that may change from day to day and year to year; I certainly don't have a predetermined algorithm for it. Some books come to us at just the right time in our lives to be appreciated fully; others do not.

Guilty as charged. I'm one of the many who "bitterly recall having been forced to read" high school books, a few of which are listed, entering a low rating on GoodReads based on memory. I have considered rereading the books I despised back then (Anthem, 1984, etc.) but I've read other series I enjoyed 10 years ago and found them frustratingly and thoroughly unenjoyable. If I read Fahrenheit 451 again I just may burn it. (I admit I launched The Particular Sadness of Lemon Cake across the room once I finished it.)

I've mentioned GoodReads to lots of people who say they've never heard of it. Hopefully soon the site will have a lot more members and accurate ratings.

Great post! There's also what psychologists refer to as "self selection bias" which is somewhat alluded to in your blog post and I think someone up above mentioned sampling bias (sampling is never random in book ratings). Self selection bias works like this: Fans of a particular author are more likely to read more of that author's works and rate them highly. They are reading that author's work because they like that authors work, so of course it will appeal to them. It's a nice perpetual cycle of free will that we authors love to see.

Another good example of this effect takes place in certain horror films: sometimes these films have very high ratings because only horror buffs go to see them. If some average people on the street had to rate one of these films it would not get as high of a rating. Bottom line: look for book recommendations from people who are similar to you. You're most likely to agree with them.

Pale Fire and The Defense are better than Lolita; Absalom, Absalom better than Sound and Fury; Bleak House better than David Copperfield; Discourses better than Prince (Machiavelli) Le Carre's Night Manager better then Spy Who Came in from the Cold; Mexico Set better than Berlin Game

A favorite author derives from themes that connect with the reader, so the author's chosen themes are as important as the genre he writes in. Perhaps the 'best known' was related to that.

Another thought, is is possible that readers sometimes find so-called best known books do not live up to the hype surrounding them?

Patrick wrote, "Of course it's also possible that people just like to say they prefer obscure books. I'd run the numbers for my favorite author, but he's pretty obscure. You probably haven't heard of him. "