The end in three parts 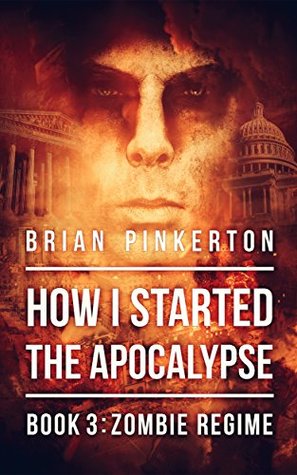 When Severed Press in Australia asked if I’d be interested in creating a zombie series for them, I had exactly two concerns: zombie and series.

As much as I love zombies, I feared the genre had worn itself out, as stale and stinky as a rotted corpse.

Additionally, all of my prior books had been standalone adventures, a personal choice. No sequels or reoccurring characters or continuity, except for the odd in-joke (a victim in Killer's Diary lives in the same building as a cast member from Vengeance).

My reasoning was that I put my characters through such extraordinary terror that I couldn’t bear to torment them again and again in multiple stories. That would be cruel.

But the more I thought about the possibilities, the more I became intrigued. Could I have some fun with it?

I asked if I could present a different twist on the zombie formula. Instead of zombies threatening humanity, what if I created a sympathetic zombie threatened by humanity? I imagined an inside-out version of I am Legend, where the protagonist is a scared flesh eater hiding in seclusion, while the living pound on his windows and doors, hungry for violence.

The publisher gave me the green light and my imagination took off.

To turn the concept into a series, I broadened the scope and envisioned a trilogy with a tidy arc. Book One presents the zombie as underdog. Book Two escalates to a power struggle between the living and growing numbers of undead. Book Three presents the human race as the underdog in a society run by zombies. A faint echo of Planet of the Apes, perhaps, with a generous dash of gruesome humor and social satire.

While I traditionally plan each book in detail before I start writing, I didn’t outline the complete trilogy all at once. In fact, Book One and Book Two ended with wild cliffhangers where I had no idea what would happen next. Solving those predicaments became a rousing challenge.

The first book in the How I Started The Apocalypse series launched in 2012. The third and final book just came out at the tail end of 2015. To commemorate the release of the last book, the first two have been rereleased with new cover art. The original “smiley” covers, cartoony in style, played up the books’ playful elements. The new covers express the sinister side of society’s crumble.

Whether you find terror or laughter, I hope you have a rockin’ good time with How I Started the Apocalypse.

After three books about the end of the world, it’s really over. I mean it this time.
Like  •  0 comments  •  flag