HOW TO FIND GOLD - It's out!!!! Walker Books PICTURE BOOK OF THE MONTH!

MAKING OF "HOW TO FIND GOLD": letting the characters speak

As promised, here is the first of a few MAKING OF posts about How To Find Gold, my new picture book that's just been published (go buy it, thanks)!

I was developing the characters of Anna and Crocodile by letting them act out some of the ideas I had for the book on paper. I had no idea who they were yet. Anna had my haircut (it grew out gradually while I was working on the book) and the crocodile was a toy which Anna had told me was bought from IKEA ("when we got the wardrobes").

This is from the second sketchbook (there were many). 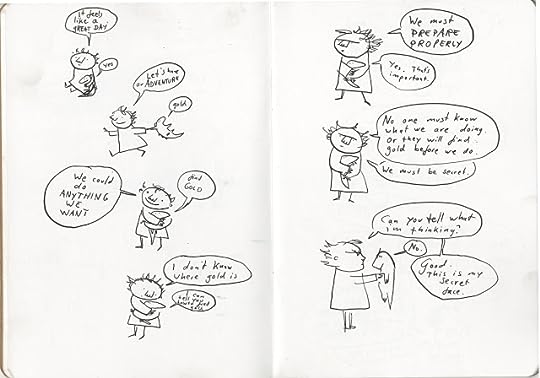 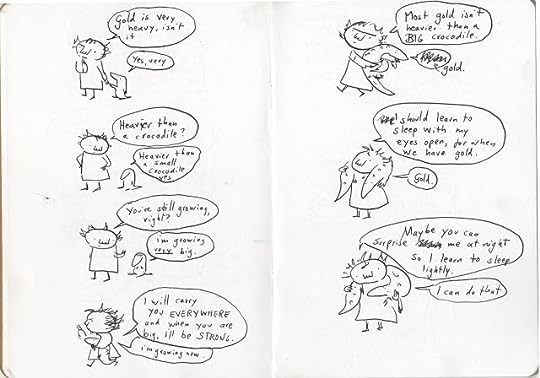 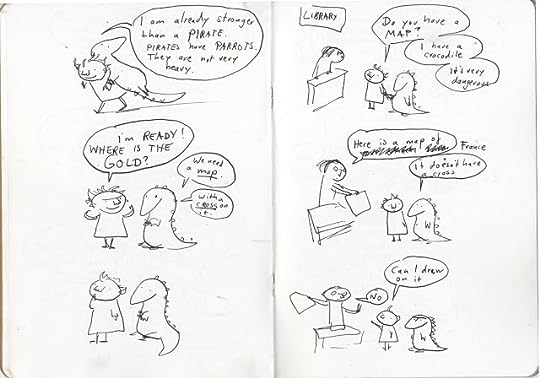 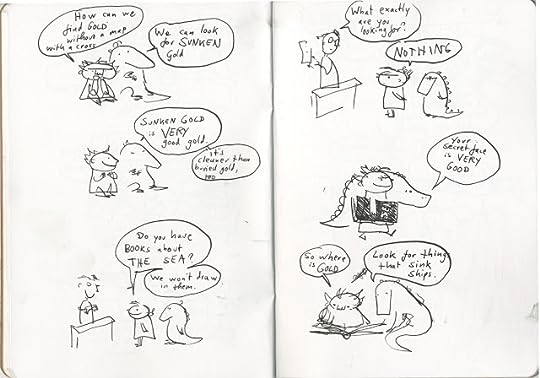 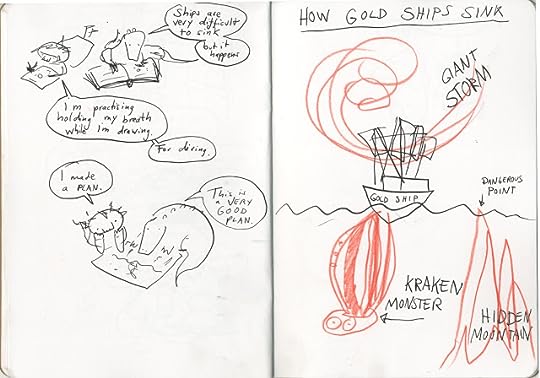 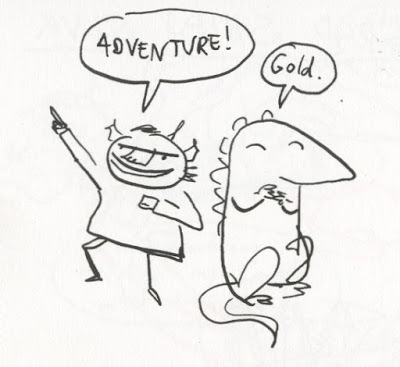 So, yes, that's how I work... I recommend it, it's really rewarding to see what these little made-up people come out with when you just let them run wild.

Viviane Schwarz isn't a Goodreads Author (yet), but she does have a blog, so here are some recent posts imported from her feed.