One of the most wanted lost films found! VEB Progress Filmvertrieb

Dutch actress Nola Hatterman (1899-1984) was mainly a stage performer but also played minor parts in five Dutch silent films. From 1925 on, Hatterman worked as an artist who liked to paint people of colour, in particular Afro-Surinamese. During the war, her paintings of blues singers and black men dancing were considered as ‘Entartete Kunst’ by the Nazis. 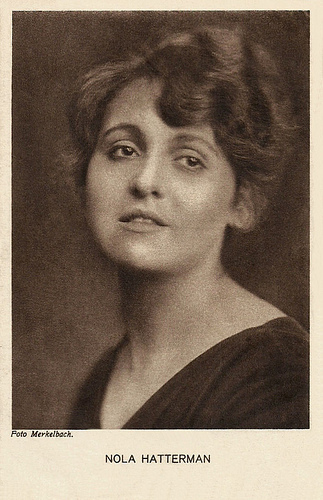 Lost Films
Nola Henderika Petronella Hatterman was born in Amsterdam, on August 12, 1899. She was the only child of Johan Herman Rudolph Hatterman and Elisabeth Hendrika Christina Verzijl, and grew up in Watergraafsmeer (now part of Amsterdam).

As a film actress she performed in five silent Dutch films. The first, Majoor Frans (Maurits Binger, 1916) was a Hollandia film production based on the book by Anna Bosboom-Toussaint. For a long time, the film was considered to be lost, until in 1994 the Netherlands Filmmuseum (EYE) found some reels of the film in a private collection, which the museum had acquired. The film was incomplete and in a bad state but Majoor Frans was restored. The restored version was first screened in 2000.

Helleveeg/Bitch (Theo Frenkel senior, 1920) starred Mien Duymaer van Twist as a ‘golddigger’ who marries a Dutchman (Co Balfoort) to rise the social ladder, but shocks the man’s family and friends and ruins the man’s daughter’s (Lily Bouwmeester) engagement. In the end she is strangled by the man’s brother (Frits Fuchs). Nola Hatterman played a nursemaid. You can see her on a still on Film in Nederland .

Helleveeg premiered in the Netherlands on the very same day as another film by Frenkel in which Hatterman acted: Geeft ons kracht/Give Us Strength (Theo Frenkel senior, 1920). In this film Hatterman had a major part as the sweetheart of a convict (Joop van Hulzen) who killed her out of jealousy. His lawyer (Co Bafoort) sees a parallel with his own affair with an adventuress (Vera van Haeften). Both of Frenkel's films are lost.

A film which still exists is the little known – and rather outdated – one reel farce De bolsjewiek/The Bolshevik (Theo Frenkel senior, 1920), in which Hatterman played the maid of a young widow (Vera van Haeften), who takes an amateur plumber (Daan van Nieuwenhuyzen) for her rich cousin from the States. Director Frenkel had no studio, so the wind blows over the set. Drunken, the plumber blows up the house, similar to Pathé and Gaumont farces of 10 years before. See Film in Nederland for the complete film. 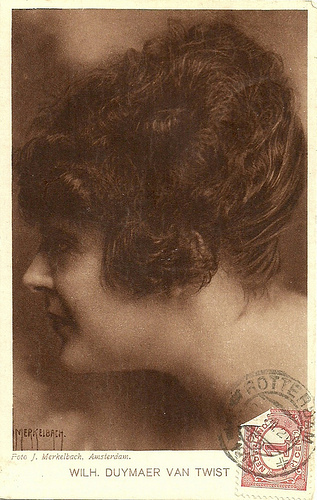 Entartete Kunst
After her film and stage career ended, Nola Hatterman chose to be a fulltime painter in 1925. She didn’t study at an art academy but took private lessons from Charles Haak, who was employed at the Instituut voor Kunstnijverheidsonderwijs (Education in Applied Arts), now Rietveld Academie.

Nola contributed to group exhibitions of Amsterdam art societies: De Onafhankelijken (already from 1919), St. Lucas (from 1927) and De Brug (from 1930). Her works from the 1920s-1930s clearly have traits of New Objectivity.

Hatterman liked to paint people of colour, in particular Afro-Surinamese. Thanks to Haak she met Surinam people who modelled for her. In 1930 she painted her most famous work, Het terras (The Terrace), depicting the Surinam tap dancer, boxer, model and bar keeper Jimmy van der Lak. The work is related to New Objectivity and is now in the collection of the Amsterdam Stedelijk Museum. In 1939 Hatterman had her first solo exhibition, where she had to defend her focus on black men – something the renowned Dutch painter Jan Sluyters, who also had painted black people, never had to do.

After an affair with Dick/Dirk van Veen, in 1929 Hatterman went to live together with Maurits de Vries, known as actor but also director of the Jordaan comedy De Jantjes and author of the novel De man zonder moraal (The Man Without Morals). In 1931 they married, but apparently the difference in age and temper (Hatterman was a very lively character) caused Hatterman to leave him in 1938 and move in with artist Arie de Vries, who lived not far from Falckstraat, where Hatterman had her studio.

In September 1940, when the Germans had already occupied the Netherlands, she officially divorced De Vries. The Jewish De Vries went into hiding thanks to his new girlfriend Cor Krienen, who ran a boarding house. Hatterman’s paintings of blues singers and Surinam black men dancing were considered as ‘Entartete Kunst’ by the Nazis. During the war she housed various Surinam people in her house on Falckstraat 9.

After the war Hatterman’s realist style estranged her from young art circles. Because of her cultural-political engagement she was asked to contribute to the first post-war exhibition at the Amsterdam Stedelijk Museum in 1945, Kunst in vrijheid (Art in Liberation), and in 1950 she had her own exhibition in London, including a black Christ mourned by his mother, which newspaper Daily Herald called 'Europe’s most controversial painting'.

Her house had become the sweeping centre of the Surinam cultural-nationalist movement Wie Eegie Sanie (Our Own Thing), founded in 1951. In 1953 she so longed for Surinam that she moved there. She arrived in Surinam without a penny in her pocket, but she was helped by families and started to teach pottery lessons to rich black and white ladies.

Quickly she established herself as a cherished visual artist in Surinam. She didn’t get rich because with her art but became a respected artist and personality. She also opened a school for painting, becoming one of the founders of art education in the country. In the 1960s-1980s many of her pupils went to the Netherlands and elsewhere in Europe to pursue careers as artists.

Nola Hatterman died in 1984, because of a car accident, on the road between her house in Brokopondo and Paramaribo. After her death, former students founded the Nola Hatterman Institute, where thousands of children were taught painting and drawing.

In 1982 Frank Zichem made a documentary about her: Nola, de konsekwente keuze/Nola, the Consequent Choice. In 1997 the gallery exploited by Vereniging Ons Suriname was named after her. Yearly, an artist attached to the Nola Hatterman Institute is enabled to exhibit there. The Nola Hatterman Institute, part of the Fort Zeelandia complex, was fully restored between 2004 and 2005. 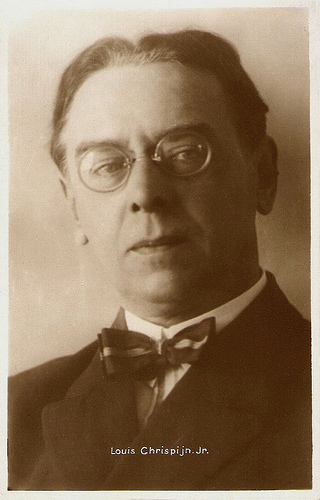 Sources: Geoffrey Donaldson (Of Joy and Sorrow), Nolahatterman.nl (Dutch), Filminnederland.nl, DBNL, Wikipedia (Dutch and French) and . And our secial thanks to Gé Joosten.
View more on Paul van Yperen's website »
Like  •  0 comments  •  flag

Paul van Yperen isn't a Goodreads Author (yet), but they do have a blog, so here are some recent posts imported from their feed.