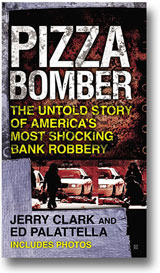 Jerry Clark is a retired FBI Special Agent who now teaches at Gannon University in Pennsylvania. He was lead investigator on one of the most fascinating FBI cases of recent years. A case which became known as "the Pizza Bomber." With local investigative reporter Ed Palattella, Jerry wrote an account of his biggest case that at once lays out the intricacies of FBI investigative process and reads like a thriller. I asked Jerry to introduce Pizza Bomber: The Untold Story of America's Most Shocking Bank Robbery:

The crime was like none the FBI had ever witnessed. On August 28, 2003, in the suburbs of Erie, Pennsylvania, a pizza deliveryman named Brian Wells had a bomb locked to his neck and was sent off to rob a bank. After taking the money, Wells was supposed to go on a scavenger hunt to collect clues that would allow him to disarm the bomb.

The plot did not go according to plan.

The police stopped Wells shortly after he left the bank, and he never found the clues he needed to survive. The bomb exploded as he sat in front of a squad car, pleading for his life while providing few clues about his assailants. What followed was a bizarre trail of death, including the unexplained overdose of a second delivery driver from the same pizza shop, and a man's dead body found in a freezer inside a garage not far from where Wells made his final delivery. 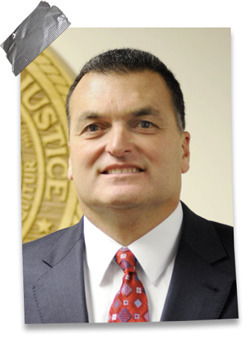 Questions surrounded the case as it unfolded. I asked many of those questions, as the lead FBI special agent on what the Bureau labelled Major Case #203 -- one of the only bank robbery investigations in the history of the FBI elevated to major case status.

The public came to know it as the “pizza bomber” investigation.

Ten years after the death of Brian Wells, most of the questions can finally be answered. Wells, as my investigation determined, was both a participant and a victim in the diabolical plot, with greed driving the plan. The gang of highly intelligent misfits who built the bomb and locked it to Wells wanted to use the bank robbery proceeds to hire a hit man to kill the wealthy father of one of the conspirators. That way, the conspirator would inherit her father’s fortune.

I speak to law-enforcement groups and others about my experiences in the pizza bomber case, and about the book I co-wrote with Ed Palattella of the Erie Times-News. Many audience members ask if any part of the book is fiction. I remind them that, as weird as it was, the pizza bomber case was real.