Interview with Sami Valentine Book 9 has left the building! 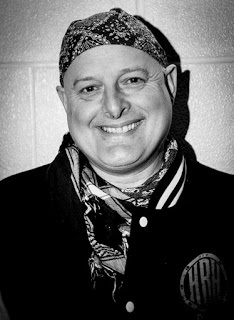 This week, I'm delighted to be interviewing Neil Mach, author of "Moondog and the Reed Leopard" and host of the podcast Myth and Magic.
Tell me more about your book?“Moondog and the Reed Leopard” is crime fiction with a twist. Moondog is a member of the Roma (itinerant) community and due to a background in paranormal research, he becomes engaged by a television program to be their “go to” preternatural detective. There are multiple plot twists and elements of detective fiction in the novel, but at its core, this is a 21st century urban fantasy romp with magic, cryptids, and mysterious events. The plot revolves around a teenager who begins the story as an intermediary between officials and becomes Moondog’s vital assistant in a fight against evil.
This sounds brilliant. What prompted you to write it?I have Romani chal ancestry, and I always think that English Gypsies are not convincingly represented in fiction (or by the media.) I wanted to synthesise a Romani character who represented the positives of the ethnicity rather than all those tired-old stereotypical negatives. But, because he's a “gypsy”  — my main character will have a difficult time relating to officialdom, which makes him an incongruous and rather unlikely detective; and it doesn’t help that he (will not) read and write. But his cultural upbringing is more than just a gimmick: his wild temperament and nomadic lifestyle is intrinsically linked to natural phenomena, pantheism, spirituality, and transcendentalism. If that all sounds rather grand, it’s not meant to be. “Moondog and the Reed Leopard” is a fun mystery-scamper with a cute teenage participant who has her own issues & tissues (an annoying ex who won’t let her go) and it’s filled with surprise and wonder! 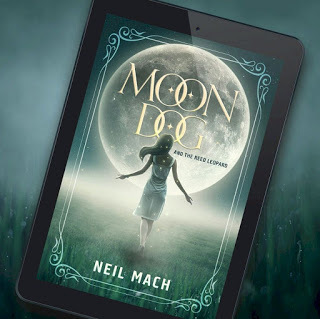 What are you working on at the moment? Are there already plans for the next book after this one?Yes, “Moondog and the Dark Arches” will be the next in the series, to be released as an ARC (on Booksprout) this month. Moondog is asked to investigate when a girl jumps off a bridge after escaping from a sinister pagan ritual. His “helper” in the new tale is Janney, a teenage librarian in an oddly old-fashioned village. She has a remarkable ability: she can travel outside of her own body to connect with another in a transcendent state. Book Three is in development and I'll probably write it in this year's NaNoWriMo.
When did you first start writing? And what made you start?I started out as a school boy, writing school plays. I had a poem published at age ten! I knew from the beginning that I had a huge imagination, and writing things down helped me harness and control the wildest wanderings of my mind.
What was the first full-length novel you ever wrote? (I realise this may not be the same as the first book you have had published!)My first full-length published (and completed) novel was “The Last Music Bearer”, set in alternative medieval Britain where music has been banned by the authorities. A group of mendicant friars bring music to the communities, but they are pursued and persecuted by a fearsome counterforce of monks (the Black Hounds) who propose the total suppression of all music and the destruction of the Music Bearers.
Which is your favourite secondary character in your book, and why is it your favourite?Back to Moondog — he has problems of his own, and there is a question about his line of descent. His mother-in-law, a recurring character, disapproves of his “less than” pure-blooded Romani ancestry and she does not think he is of sufficient pedigree to marry her daughter, born a gypsy princess. So the answer to your question is Moondog’s mother-in-law: Assumpta. She is a crotchety and curmudgeonly, with a lot of scorn and bigotry in her bones (so fun to write.) She speaks the old Romani language and, like my grandmother, she dabbles in divination and considers herself to be a prophetess. I ought to add that my grandmother was wise and adorable, not the least curmudgeonly (though she read patterns in tea leaves.) 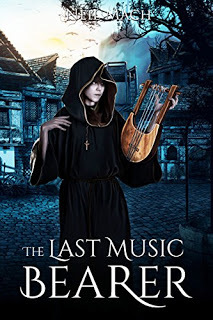 Where is your ideal writing space?I require total silence and a desktop computer. I have my own office, and that's where you'll find me eight hours a day.
What’s the best bit of advice you’ve ever been given? (not necessarily writing-related!)“To Thine Own Self Be True” Hamlet, act 1 scene 3
And now for some more random questions...
What’s your radio tuned to most often?Smooth fm (while I'm cooking)
You’re stranded on an island. You can choose one of the following three things. Which do you choose and why?1. Limitless supply of paper and pens.2. A computer which will never run out of battery and which can access the internet, but you can’t post anything/get help via it, only read what others have put up.3. An endless supply of loo roll.I think the period of lockdown has proven you can feel “connected” with other humans even if you only read about/see what they're doing... so I'll opt for the computer
You can only wear one of the following colours for the rest of your life. Which colour do you choose? Yellow. Orange. Green. White. Pink.I consider myself to be a “bohemian goth” so I naturally gravitate towards darker colours. Since these aren't an option, I will go for white and hope it gets begrimed
Cats or dogs?Doglike cats
City or country?Suburb
Real book or e-book?I like the texture and smell of a real e-book
Fountain pen or biro?Sharpie
Thanks very much for letting me bombard you with questions!
You can catch up with Neil at any or all of these places...
Website: https://neilmach.me/Facebook: https://www.facebook.com/author.neilmachIG: https://www.instagram.com/neilmach/Twitter: https://twitter.com/neilmach Bookbub: https://www.bookbub.com/profile/neil-mach Goodreads: https://www.goodreads.com/author/show/13534709.Neil_MachBook Sprout: https://booksprout.co/author/15892/neil-mach


#mc_embed_signup{background:#fff; clear:left; font:14px Helvetica,Arial,sans-serif; } /* Add your own Mailchimp form style overrides in your site stylesheet or in this style block. We recommend moving this block and the preceding CSS link to the HEAD of your HTML file. */ Enjoyed reading this? Why not subscribe to my newsletter?
It comes out once a month and subscribers get a free copy of “Aeron’s Fall” and all my special offers.
No spam, I promise.