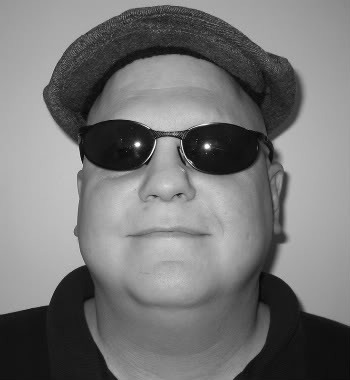 1. Which of your characters is your favorite?
My favorite character is my assassin Nalo Thoran. He appeared for the first time in "The Assassin's Retirement Party" (Weird Tales #332). Since then, I've written several more stories of him, one of which has appeared in the online magazine, Nth Zine ("Heart of the Matter"), and another two which will appear later this year ("Thorns and Roses" in Hellfire Lounge 2, and "The People's Avenger" in Assassins). I'm also in discussions with a publisher about a full-length novel treatment of the character, which may appear as early as 2012.

I like Nalo because I consider him my "homage" to Fritz Leiber's Fafhrd and the Gray Mouser and Michael Moorcock's Elric. The setting is pure Sword and Sorcery, and Nalo comes to his life's work as a killer under duress, but he does his job with as much aplomb and courage as he can muster. He was unwittingly corrupted by a Dark Lord who now forces him to serve up souls to fill his dark armies that fight endless wars on the ethereal planes, and Nalo does as much as he can to retain his humanity, while trying to thwart his master's evil schemes whenever possible. That constant inner conflict between doing what he must, and doing what is right, is fascinating to write about.

4. What else can you do besides write?
As my bio suggests, since 1994, I've been in the computer and boardgaming industry, and I've been involved in the development of a number of board and computer games. I've had my fingers in many pies, namely wargames such as Sid Meier's Antietam/South Mountain expansion, Waterloo and Austerlitz (both based in Sid's Antietam engine), Sid Meier's Civilization 3: Conquests, and even Electronic Art's Battle for Middle Earth: Rise of the Witch King, where I was assigned the arduous task of scripting the first draft of the campaign. I've also helped to develop a number of boardgames during my time with The Avalon Hill Game Company. And, I dare say, I'm not too bad a miniatures painter, although it's been a while since I've gotten down and painted anything. As I grow older, my eyesight gets worse. It's hard to see all that tiny detail up so close.

5. Who are you reading right now?
There's a lot of authors that I read on a regular basis. I'm reading George RR Martin's Song of Ice and Fire Series (who isn’t?), Glen Cook's Garrett PI series, Eric Flint's Ring of Fire series, and Games Workshop's Horus Heresy Series. I find the Warhammer and Warhammer 40k universes to be rather excellent settings, and The Black Library to be an excellent media tie-in imprint for said novels and short story collections. I also read outside the genre as well. I'm quite fond of TC Boyle, Bernard Cornwell, and Steven Saylor whose take on the Roman Empire is quite compelling.

7. What is the toughest scene you ever wrote?
The toughest scene for me came in my story "Spirit of the Maya." This is a story that hasn't been published yet, but will appear later this year or early 2012 in Rogue Blade Entertainment's anthology Roar of the Crowd. The scene was a recreation of the Mayan ballgame, Pok-a-Tok, and it took days to write. Trying to get the feel of the game right was difficult because there is very little written about it. In some cases, I had to extrapolate quite a bit and create an image that seemed right for me based on references. The game itself was brutal, and could go on for a long time. But of course, in fiction, you have to pick up the pace, keep it going as strongly as possible and come to a reasonable conclusion eventually, or you lose your audience. I'm pretty satisfied with the result, and I hope others agree.

8. Where do you find your inspirations to write?
9. Food you could eat everyday.
10. Are you into sports or other physical activities?
11. What kind of music speaks to you?

12. Do you outline your stories or do they just take you along for the ride?
It depends on the kind of story I'm writing. If I'm writing a story steeped in history, such as "At the Grasshopper’s Hill" (Bad-Ass Faeries 3: In all Their Glory), based on the Mexican War of the late 1840s, I research as much as I can, and then write a detailed synopsis. Then I write the story and try to adhere to the synopsis as closely as possible. I find this to be a good approach when historical details are involved. If it's a science fiction or fantasy story with little or no historical details, then I usually just spec it out in my mind and then begin writing.

14. Who are the biggest influences on your work?
My biggest influences have been Robert Silverberg, Clifford Simak, Robert Sheckley, and TC Boyle. After reading Boyle's Water Music, for example, I could not read anything for months afterwards. The sheer power and wonder of his prose in that novel was overwhelming; nothing I read for a long time compared and thus was diminished. But I came out of that experience with a determination to write, and so he’s been a tremendous influence. Sheckley's short fiction is some of the best science fiction ever written, along with Alfred Bester and Harlan Ellison. All of these authors have given me inspiration in one form or another, and continue to do so to this day.

15. Do you still watch cartoons? 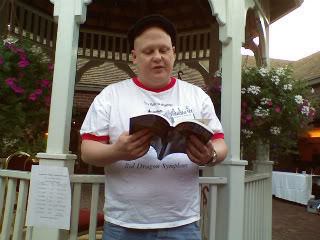 Since 1994, Robert E Waters has worked in the computer and board gaming industry as technical writer, editor, designer, and producer. A member of the Science Fiction and Fantasy Writers of America , his first professional fiction sale came in 2003 with "The Assassin’s Retirement Party," Weird Tales , Issue #332. Since then he has sold stories to Nth Degree , Nth Zine , Black Library Publishing (Games Workshop), Dark Quest Books , Padwolf Publishing , Mundania Press , Rogue Blades Entertainment , and Dragon Moon Press. Between the years of 1998 – 2006, he served as an assistant editor to Weird Tales. Robert currently lives in Baltimore, Maryland, with his wife Beth, their son Jason, and their cat Buzz.
Like  •  0 comments  •  flag

Heidi Ruby Miller isn't a Goodreads Author (yet), but she does have a blog, so here are some recent posts imported from her feed.