,
Discover new books on Goodreads
See if your friends have read any of Joseph Badal's books 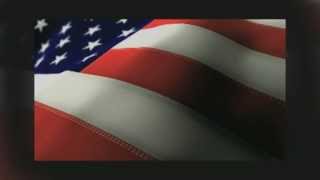 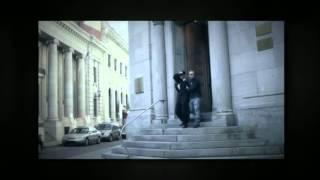 He is an Amazon #1 Best-Selling Author and has received numerous awards, including being recognized as "One of The 50 Best Writers You "Joe Badal has had a varied and successful career. After 6 years as a decorated commissioned Army officer, having served in Vietnam and Greece, he had a long banking and finance career. He has had 16 suspense novels published: 4 stand-alones (The Pythagorean Solution, Shell Game, Ultimate Betrayal, and Payback); 6 books in the Danforth Saga (Evil Deeds, Terror Cell, The Nostradamus Secret,The Lone Wolf Agenda, Death Ship, and Sins of the Fathers); 3 books in the Lassiter/Martinez Case Files (Borderline, Dark Angel, and Natural Causes); and 3 books in the Curtis Chronicles (The Motive, Obsessed, and Justice).

He is an Amazon #1 Best-Selling Author and has received numerous awards, including being recognized as "One of The 50 Best Writers You Should Be Reading." He is a two-time winner of the Tony Hillerman Award for Best Fiction Book of the Year, and has received multiple Gold Medals from the Military Writers Society of America. His books have received Finalist honors in the International Book Awards contest and in the Eric Hoffer Awards.

He holds undergraduate and graduate degrees in International Finance and Business Administration, is a graduate of the Stanford University Law School's Director College, and of the Defense Language Institute, West Coast.

Joe has also written dozens of articles that have been published in a variety of business magazines and trade journals, and is a frequent speaker at business and writers’ events. His blog, Everyday Heroes, highlights individuals just like you who are confronted with a challenge and rise to the occasion."

Everyday Heroes: The American Fighting Man I found this translation from 2008 of an article written by a French soldier who served in Afghanistan with Americans. His observations and comments about American soldiers in combat are eye-opening and should make every American proud. Although I have no frame of reference to agree with the author […]

More of Joseph's books…
Quotes by Joseph Badal  (?)
Quotes are added by the Goodreads community and are not verified by Goodreads. (Learn more)
“The man mistook American patience and attempts at diplomacy for weakness.”
― Joseph Badal, Terror Cell
1 likes
Like

“In the book’s index, she found an entry for Borderline Personality Disorder, with several sub-categories, including: Borderline Personality, Borderline Narcissism, Common Symptoms, Dissociative Symptoms, Self-Mutilation. Barbara turned to page seventy-two. The text listed an array of borderline personality disorder symptoms. It didn’t take Barbara long to begin to really sympathize with Maxwell Comstock. Life with Victoria must have been impossible at times: Mood swings, sudden irrational anger, depressive episodes, and impulsivity. Other borderline hallmarks were sexual confusion and promiscuity, manipulation and obsession of others, and a skewed, paranoid view of reality. On page seventy-five, Barbara learned that borderlines were indifferent to others’ needs, couldn’t handle rejection, continually sought approval, and had an exaggerated sense of self-importance. The ominous part of the diagnosis: No known cure.”
― Joseph Badal, Borderline
0 likes
Like

GOOD REVIEWS — 8010 members — last activity Nov 23, 2022 04:47AM
This Group is only for authors who are looking for reviews and Reviewers who love to read books and share their reviews.

The Lone Wolf Agenda, the 4th book in my Danforth Saga, will be released on June 25, 2013. Bob Danforth, now in his 60s, returns to the CIA as a consultant to manage the task of taking out lone wolf terrorists.
http://www.josephbadalbooks.com

Thank for the friend request.

I am pleased to announce that my short story, FIRE & ICE, has just been released in the anthology UNCOMMON ASSASSINS. You can order the anthology via the link below. I hope you enjoy this pulse-pounding book.
http://www.amazon.com/Uncommon-Assass...

Thanks for the add!

Belinda wrote: "Hi Joseph, thanks for friending. I'm intrigued by your upcoming nonfiction book, Relationship Selling. So which languages do you speak? I speak English and Afrikaans."
Thank you for connecting with me. I hope at least one million people are also intrigued by my Relationship Selling book. It should be released around the end of the year.
I speak English, Greek, and a bit of French and Italian.
I look forward to future talks with you.

Hi Joseph, thanks for friending. I'm intrigued by your upcoming nonfiction book, Relationship Selling. So which languages do you speak? I speak English and Afrikaans.

Thanks for the friending:)

Melissa, my books so far are fiction only. I hope you get around to reading one of them and look forward to your feedback.
Joe

Hi Joseph, thanks for the friend request! I'm not much of a non-fiction reader myself, but that book does look interesting!

Looking forward to sharing more books with you,
Melissa
writergrrlreads.blogspot.com

Thanks for your friendship, Joseph. Looking forward to reading your Blog 'Everyday Heroes' and non-fiction 'Relationship Selling' book. Will look for you on Twitter as I have a presence there @Sharliebel.

My pleasure. Luv your work.

Hi Joseph,
Thanks for befriending this fellow mystery author on Goodreads!