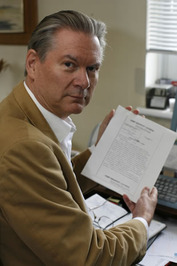 He became interested in the subject in 1955, when his passion for aviation and space led him to read a book by Major Donald Keyhoe describing UFO sightings by qualified observers such as military and civilian pilots. In 1961, after reading a book by Captain Edward Ruppelt, a U.S. Air Force intelligence officer, he began to conduct his own research. Since then, he has amassed a wealth of evidence, including several thousand declassified intelligence do Worldwide research, interviewing key witnesses and discussing the subject with astronauts, military and intelligence specialists, pilots, politicians and scientists, has established Timothy Good as a leading authority on UFOs and the alien presence - the most highly classified subject on Earth.

He became interested in the subject in 1955, when his passion for aviation and space led him to read a book by Major Donald Keyhoe describing UFO sightings by qualified observers such as military and civilian pilots. In 1961, after reading a book by Captain Edward Ruppelt, a U.S. Air Force intelligence officer, he began to conduct his own research. Since then, he has amassed a wealth of evidence, including several thousand declassified intelligence documents.

Timothy Good has lectured at universities, schools, and at many organizations, including the Institute of Medical Laboratory Sciences, the Royal Canadian Military Institute, the Royal Geographical Society, the Royal Naval Air Reserve Branch, the House of Lords All-Party UFO Study Group, and the Oxford and Cambridge Union societies. In January 1989, following the dissolution of the Soviet empire, he became the first UFO researcher from the West to be interviewed on Russian television. He was invited for discussions at the Pentagon in 1998, and at the headquarters of the French Air Force in 2002. He has also acted as consultant for several U.S. Congress investigations. He is known to millions through his numerous television appearances and has co-produced several documentaries on the subject.

Timothy Good's first book, Above Top Secret: The Worldwide UFO Cover-up (1987) became an instant bestseller, and is regarded widely as the definitive work on the subject, together with the fully revised and updated book replacing it, Beyond Top Secret: The Worldwide UFO Security Threat (1996), which remained for five weeks on the Sunday Times bestseller list. Alien Liaison: The Ultimate Secret (1991) spent thirteen weeks on the same bestseller list. Alien Base: Earth's Encounters with Extraterrestrials (1998) went to No.4 on the Guardian bestseller list. His book, Unearthly Disclosure: Conflicting Interests in the Control of Extraterrestrial Intelligence (2000) was serialized in the Daily Mail. He has also edited a number of books on the subject, including the bestselling Alien Update (1993). Four of these books have a foreword by Admiral of the Fleet The Lord Hill-Norton, former Chief of the Defence Staff and Chairman of the NATO Military Committee. Need to Know: UFOs, the Military and Intelligence (2006/2007) is now published in paperback in the U.K., U.S and Canada. Good’s latest work - EARTH: An Alien Enterprise – is due for publication by Pegasus Books (New York) in November 2013. ...more

“The recklessness of the governments of two terrestrial countries has been obvious, when they have ordered their combat pilots to attack our space and scout ships, as soon as they are detected on their radar. This is highly dangerous for the crew members of your airplanes, because if they approach our gravitational field, their engines and controls become inoperative. In this way, several have lost their lives . . . They do not seem to understand that our orders are clear, not to harm their craft. Otherwise, at least 50 of their planes would have been destroyed. We are aware that many high-ranking military personnel and scientists have been silenced under the pretense of endangering the security of their countries, if public statements were to be made. This is another serious mistake of those governments. If we had any ambition or desire to conquer this planet, we would have done it 300 years ago, when the population could not have opposed any resistance. Even now, it would not be difficult to do. This phase is alternative: we shall continue making appearances, landings, contacts, all over the world, more and more frequently, as planned. You will be responsible for the education of the people in the different countries . . . using all means available. This is a difficult task, because you will be left to your own means [and] you will have against you those who do not take you seriously, and the dark machinations of the great established powers on your planet, hampering, creating doubts, and attacking you as promoters of this knowledge . . . After many years of observation and analysis of your world . . . the conclusion was that humankind, with few exceptions, were a barbarian horde . . . from the deepest levels of their spirit, and utterly incorrigible. Nevertheless, because of the merit of the few, [we are giving] direct help to many men, instructing them. It requires in many cases their evacuation from this planet, to a special place where they will be provided with a new conscience, to be transmitted afterwards to their fellow men . . . The disappearances of such people from Earth have already begun . . . This procedure holds the key to the future of your planet.”
― Timothy Good, Unearthly Disclosure
0 likes
Like

“Whatever the threat posed by certain alien species, I believe we have much more to fear from our own kind. I, for one, would welcome an official disclosure to the effect that we share this planet with denizens of other planets. It might be just the sort of shock we need.”
― Timothy Good, Unearthly Disclosure
0 likes
Like

“The Durant Report.”
― Timothy Good, Earth: An Alien Enterprise: The Shocking Truth Behind the Greatest Cover-Up in Human History
0 likes
Like


Is this you? Let us know. If not, help out and invite Timothy to Goodreads.