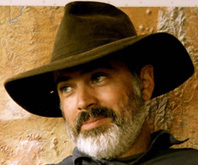 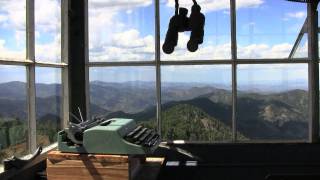 “The greatest gift of life on the mountain is time. Time to think or not think, read or not read, scribble or not scribble -- to sleep and cook and walk in the woods, to sit and stare at the shapes of the hills. I produce nothing but words; I consumer nothing but food, a little propane, a little firewood. By being utterly useless in the calculations of the culture at large I become useful, at last, to myself.”
― Philip Connors, The Best American Nonrequired Reading 2009
tags: 102, fire, life, lookout, mountains
54 likes
Like

“I’ve always liked edges, places where one thing becomes another…… transition zones, boundaries and borderlands. I like the mixing that happens, the juxtapositions, the collisions and connections. I like the way they help me see the world from a fresh angle.”
― Philip Connors
4 likes
Like

“What was shocking were the rewards my father's cousins had gathered in the intervening couple of decades. They farmed now on thousands of acres, not hundreds. They drove fancy pickup trucks, owned lakefront property and second homes. A simple Internet search offered the truth of where their riches had come from: good ol' Uncle Sam. Recently I clicked again on a database of farm subsidy payments, and found that five of my father's first cousins had been paid, all told, $3 million between 1995 and 2005 - and that on top of whatever they'd earned outright for the sale of their corn and soybeans. They worked hard, certainly. They'd saved and scrimped through the lean years. They were good and honorable yeoman, and now they'd come through to their great reward: a prime place at the trough of the welfare state. All that corn syrup guzzled down the gullets of America's overweight children, all that beef inefficiently fattened on cheap feed, all that ethanol being distilled in heartland refineries: all of it underwritten by as wasteful a government program as now exists this side of the defense industry. In the last ten years, the federal government has paid $131 million in subsidies and disaster insurance in just the county [in Minnesota] where I grew up. Corn is subsidized to keep it cheap, and the subsidies encourage overproduction, which encourages a scramble for ever more ways to use corn, and thus bigger subsidies - the perfect feedback loop of government welfare.”
― Philip Connors
tags: agriculture
4 likes
Like

Is this you? Let us know. If not, help out and invite Philip to Goodreads.