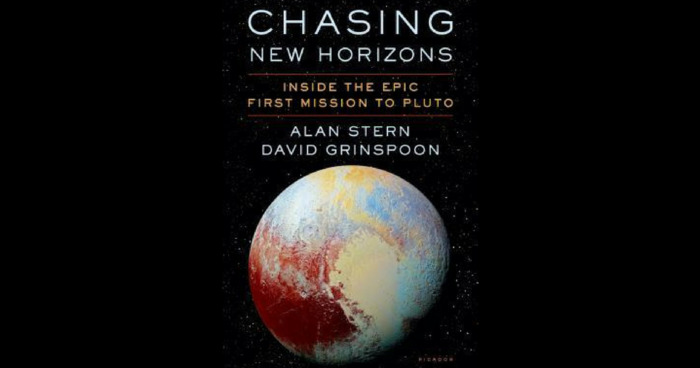 “There is a phrase from World War I describing warfare as “months of boredom punctuated by moments of terror.” The same applies to long spacecraft missions. And it was a long and frankly terrifying hour as they awaited the hoped-for signal to return from New Horizons.”
― Alan Stern, Chasing New Horizons: Inside the Epic First Mission to Pluto
1 likes
Like

“When word of the astronomers’ vote in Prague reached the New Horizons team, reactions ranged from indifferent (“Who cares what astronomers think? They’re not the experts in this.”), to bemused, to annoyed, to seriously pissed off. As Fran Bagenal succinctly put it, “Dwarf people are people. Dwarf planets are planets. End of argument.”
― Alan Stern, Chasing New Horizons: Inside the Epic First Mission to Pluto
tags: pluto, science, space-exploration
1 likes
Like

“The ubiquity of New Horizons and Pluto on the web, and the number of people sharing in New Horizons events around the globe, gave this flyby an entirely new kind of feel. The world had changed since Voyager, with so many new forms of communication and participation. Thanks to that, the New Horizons mission felt in many ways like the first truly twenty-first-century planetary encounter. Consider: with Voyager, to participate fully you had to be in just the right place—specifically, at JPL—at just the right time—on flyby day. For New Horizons you didn’t need to be there; the flyby was everywhere simultaneously. The events at APL, the imagery from Pluto—everything that reached Earth—went onto the internet “for all mankind,” as it were.”
― Alan Stern, Chasing New Horizons: Inside the Epic First Mission to Pluto
0 likes
Like