,
Discover new books on Goodreads
See if your friends have read any of G.E.M. Anscombe's books 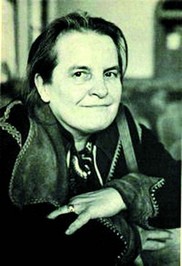 · 19,999 ratings · 630 reviews · 41 distinct works • Similar authors
More books by G.E.M. Anscombe…
Quotes by G.E.M. Anscombe  (?)
Quotes are added by the Goodreads community and are not verified by Goodreads. (Learn more)
“Those who try to make room for sex as mere casual enjoyment pay the penalty: they become shallow. At any rate the talk that reflects and commends this attitude is always shallow. They dishonour their own bodies; holding cheap what is naturally connected with the origination of human life.”
― G.E.M. Anscombe, Faith in a Hard Ground: Essays on Religion, Philosophy and Ethics
tags: p-208
14 likes
Like

“The reckoning what to do or abstain from in particular circumstances will constantly include a reference, implicit or explicit, to generalities. […] Because of it human conduct is not left to be distinguished from the behavior of other animals by the fact that in it calculation is used by which to ascertain the means to perfectly particular ends. The human wants things like health and happiness and science and fair repute and virtue and prosperity, he does not simply want, e.g., that such-and-such a thing should be in such-and-such a place at such-and-such a time.”
― G.E.M. Anscombe, The Collected Philosophical Papers Of G. E. M. Anscombe
tags: anscombe, infinite-ends, the-will
4 likes
Like

“The features of Hume's philosophy which I have mentioned, like many other features of it, would incline me to think that Hume was a mere—brilliant—sophost; and his procedures are certainly sophistical. But I am forced, not to reverse, but to add to this judgement by a peculiarity of Hume's philosophizing: namely that, although he reaches his conclusions—with which he is in love—by sophistical methods, his considerations constantly open up very deep and important problems. It is often the case that in the act of exhibiting the sophistry one finds oneself noticing matters which deserve a lot of exploring: the obvious stands in need of investigation as a result of the points that Hume pretends to have made. In this, he is unlike, say, Butler. It was already well-known that conscience could dictate vile actions; for Butler to have written disregarding this does not open up any new topics for us. But with Hume it is otherwise: hence he is a very profound and great philosopher, in spite of his sophistry.”
― G.E.M. Anscombe, Human Life, Action and Ethics: Essays
1 likes
Like