Discover new books on Goodreads
See if your friends have read any of E. Knight's books 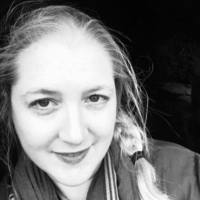 E. hasn't connected with their friends on Goodreads, yet.

Christmas and the French Revolution

During the French Revolution, there was a concerted effort by revolutionists to reorganize the Roman Catholic church which was the official religion of the French State. Devout practitioners turned against those revolutionaries who wanted changed and vice versa. But that didn't stop revolutionaries from going forward. Religious orders, churches, abbeys, were closed down, and religious worship was Read more of this blog post »
1 like · Like  •  0 comments  •  flag

“appetites of such a girl. I was nearly certain, she would attempt something, and soon.   February 5, 1541”
― E. Knight, My Lady Viper
0 likes
Like

“awesomeness, I would not be able”
― E. Knight, Prisoner of the Queen
0 likes
Like

What book about the Tudors or Tudor England would you like for us to have as our Group Read in September 2017?


The Lady in the Tower by Jean Plaidy
14 votes, 18.7%
The Private Lives of the Tudors by Tracy Borman
9 votes, 12.0%
Jane Boleyn: The True Story of the Infamous Lady Rochford by Julia Fox
9 votes, 12.0%
The Raven's Widow by Adrienne Dillard
7 votes, 9.3%
The Temptation of Elizabeth Tudor: Elizabeth I, Thomas Seymour, and the Making of a Virgin Queen by Elizabeth Norton
6 votes, 8.0%
Elizabeth's London: Everyday Life in Elizabethan London by Liza Picard
5 votes, 6.7%
Katherine Howard: The Tragic Story of Henry VIII's Fifth Queen by Josephine Wilkinson
4 votes, 5.3%
The Tudor Bride by Joanna Hickson
4 votes, 5.3%
The Witchfinder's Well by Jonathan Posner
4 votes, 5.3%
Thomas Cromwell: The Untold Story of Henry VIII's Most Faithful Servant by Tracy Borman
3 votes, 4.0%
John Dudley: The Life of Lady Jane Grey's Father-in-Law by Christine Hartweg
2 votes, 2.7%
Queen of This Realm by Jean Plaidy
2 votes, 2.7%
The Colours of Our Petals by Aled Davies
2 votes, 2.7%
Praise of Folly by Erasmus
1 vote, 1.3%
Henry: Virtuous Prince by David Starkey
1 vote, 1.3%
The Last Armada - Queen Elizabeth, Juan del Águila, and Hugh O`Neill: The Story of the 100-Day Spanish Invasion by Des Ekin
1 vote, 1.3%
Houses of Power: The Places That Shaped The Tudor World by Simon Thurley
1 vote, 1.3%
Thomas Wyatt: The Heart's Forest by Susan Brigden
0 votes, 0.0%
My Lady Viper by E. Knight
0 votes, 0.0%
75 total votes
2 comments
Sign in to vote »