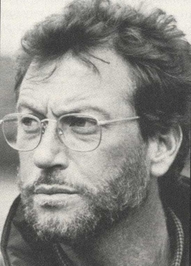 Born
in California, The United States
January 15, 1957
edit data
Jon Lee Anderson has been a staff writer for The New Yorker since 1998. He has covered numerous conflicts in the Middle East and Africa, reported frequently from Latin America and the Caribbean, and written profiles of Augusto Pinochet, Fidel Castro, Hugo Chávez, and Gabriel García Márquez. He is the author of several books, including The Lion’s Grave: Dispatches from Afghanistan, Che Guevara: A Revolutionary Life, Guerillas: Journeys in the Insurgent World, and The Fall of Baghdad.

“Charles Darwin, who had witnessed the
atrocities perpetrated against Argentina’s native
Indians by Juan Manuel de Rosas, had predicted
that “the country will be in the hands of white
Gaucho savages instead of copper-coloured Indians.
The former being a little superior in education,
as they are inferior in every moral virtue.”
― Jon Lee anderson, Che Guevara: A Revolutionary Life
7 likes
Like

“To die with dignity does not require company”
― Jon Lee Anderson
tags: che-guevara
5 likes
Like

“Ibsen: “Education is the capacity to confront the situations posed by life.”
― Jon Lee Anderson, Che Guevara: A Revolutionary Life
4 likes
Like

Is this you? Let us know. If not, help out and invite Jon to Goodreads.