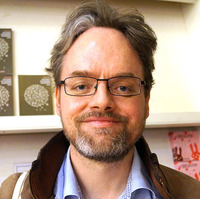 Bjørn Stærk is currently reading
Eugenics and Other Evils: An Argument Against the Scientifically Organized State
by G.K. Chesterton
bookshelves: currently-reading

“The Border reivers were aggressive, ruthless, violent people, notoriously quick on the draw, ready and occasionally eager to kill in action, when life or property or honour were at stake. They were a brave people, and risked their lives readily enough; when they had to die, they appear to have done so without undue dramatics or bogus defiance which would have been wasted anyway. They lived in a society where deadly family feud was common, and when they were engaged in feud they killed frequently and brutally, as we shall see. When they were not engaged in feud, they certainly killed less readily. Their ordinary reiving did not, perhaps, entail quite as much bloodshed as one might expect in the violent circumstances. Bishop Leslie and Scott explain this by pointing out that the Borderers regarded reiving as legitimate (which is true), but that they held murder to be a crime, and consequently were reluctant to commit it—except in the heat of action or when covered by the virtual absolution of deadly feud. It is rather like saying that a heavy drinker, in his sober moments, is an abstemious man.”
― George MacDonald Fraser, The Steel Bonnets
0 likes

“Our habits of thought are stronger than strait-waistcoats. We walk about with habit-coloured spectacles before our eyes, and see everything as we are accustomed to see it.’ He”
― Adam Roberts, The Thing Itself
1 likes

“I eventually got a handle on the drinking. It happens as you get older. It happens, or you don’t get older. Drink hard in your twenties and you’re a regular, fun guy. Keep drinking hard through your thirties and you start to separate yourself from fun, health and indeed other people. If you’re still doing it in your forties it’s probably because you have unresolved stresses and problems which you are clumsily and destructively self-medicating. Drinking hard into your fifties means that you’re blowing hot and cold on ever seeing your sixties. I woke up a week after my fiftieth birthday unable to remember the previous three days, and decided to stop. I could say ‘simple as that’, except that it really wasn’t simple at all. There was a clincher, though, and it was this: my main rationale for drinking was to calm myself in the face of my night terrors. But although I drank a lot, the nightmares refused to go away. I tried a few weeks of facing them without the alcohol, and though the terrors were no better they were certainly not worse. So I quit drinking.”
― Adam Roberts, The Thing Itself
2 likes

“To attempt to apply normal law and government to the Border area was a waste of time, and both countries had long recognised this. Thus there grew up a body of local law and custom, often extremely complex, seldom consistent, and in practice all too rough and ready, by which the two governments attempted to keep their frontier subjects in order. It can probably be said to have worked moderately well, in that it prevented a decline into complete anarchy; it was at least practised by both sides with some co-operation. The wonder is that it worked at all.”
― George MacDonald Fraser, The Steel Bonnets
0 likes

“And it was understood that Scottish Borderers did not take kindly to outside Wardens. The oustanding example was the unfortunate Frenchman, Anthony Darcy, the Sieur de la Bastie, who in 1516 was ill-advised enough to accept the Wardenry of all the Scottish Marches, with particular responsibility in the east. This was Hume country, and they regarded Darcy with “horrid resentment”. He seems to have been a brave, honest and conscientious Warden, which no doubt rendered him all the more odious. The outcome was that the Humes finally caught up with him near Duns, cut off his head, and took it home in triumph, tied by its long locks to a saddle-bow.”
― George MacDonald Fraser, The Steel Bonnets
0 likes