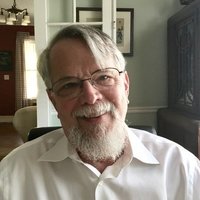 Born
in New York, The United States
August 25, 1952
Genre
Nonfiction, History, Biography
edit data
Alan Axelrod, Ph.D., is a prolific author of history, business and management books. As of October 2018, he had written more than 150 books, as noted in an online introduction by Lynn Ware Peek before an interview with Axelrod on the National Public Radio station KPCW. Axelrod resides in Atlanta, Georgia.

· 4,701 ratings · 642 reviews · 153 distinct works • Similar authors
More books by Alan Axelrod…
Quotes by Alan Axelrod  (?)
Quotes are added by the Goodreads community and are not verified by Goodreads. (Learn more)
“With [Columbus'] sailors ready to revolt, land--as if cued by a hack playwright--suddenly materialized at the horizon on October 12, 1492.”
― Alan Axelrod, Ph.D.
1 likes
Like

“Dwight David Eisenhower never led a single soldier into battle. Before World War II, he had never even heard a shot fired in anger. His only “combat wound” was the bad knee, weakened by a West Point football injury, that he twisted helping push a jeep out of the Normandy mud. Yet it was Ike Eisenhower who, as supreme Allied commander in Europe, was responsible for leading the greatest military enterprise in history.”
― Alan Axelrod, Eisenhower on Leadership: Ike's Enduring Lessons in Total Victory Management
0 likes
Like

“With calm, clear, eloquently humane logic, Lincoln explained his view of the present crisis: Shall fugitives from labor be surrendered by national or State authority? The Constitution does not expressly say. Must Congress protect slavery in the Territories? The Constitution does not expressly say. From questions of this class spring all our constitutional controversies, and we divide upon them into majorities and minorities. If the minority will not acquiesce, the majority must, or the government must cease. There is no other alternative; for continuing the government is acquiescence of one side or the other. If a minority in such case will secede rather than acquiesce, they make a precedent which in turn will divide and ruin them; for a minority of their own will secede from them whenever a majority refuses to be controlled by such a minority …. Plainly, the central idea of secession is the essence of anarchy. A majority held in restraint by constitutional checks and limitations, and always changing easily with deliberate changes of popular opinions and sentiments, is the only true sovereign of a free people. Whoever rejects it does, of necessity, fly to anarchy or to despotism. Unanimity is impossible; the rule of a minority, as a permanent arrangement, is wholly inadmissible; so that, rejecting the majority principle, anarchy or despotism in some form is all that is left …. In your hands, my dissatisfied fellow countrymen, and not in mine, is the momentous issue of civil war. The government will not assail you. You can have no conflict without being yourselves the aggressors. You have no oath registered in Heaven to destroy the government, while I shall have the most solemn one to “preserve, protect and defend it.”
― Alan Axelrod, The Complete Idiot's Guide to the Civil War
0 likes
Like