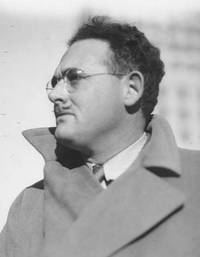 “Criminals who went against Doc seldom wound up in prison. They either learned a lesson that made them law-abiding men the rest of their lives--or they became dead criminals. Doc never did the job halfway.”
― Lester Dent
1 likes
Like

“The men entered the sumptuously furnished reception room of the office suite. After the first greeting, they were silent, uncomfortable. They didn’t know what to say.

Doc Savage’s father had died from a weird cause since they last saw Doc.

The elder Savage had been known throughout the world for his dominant bearing and his good work. Early in life, he had amassed a tremendous fortune— for one purpose.

That purpose was to go here and there, from one end of the world to the other, looking for excitement and adventure, striving to help those who needed help, punishing those who deserved it.

To that creed he had devoted his life.

His fortune had dwindled to practically nothing. But as it shrank, his influence had increased. It was unbelievably wide, a heritage befitting the man.

Greater even, though, was the heritage he had given his son. Not in wealth, but in training to take up his career of adventure and righting of wrongs where it left off.

Clark Savage, Jr., had been reared from the cradle to become the supreme adventurer.

Hardly had Doc learned to walk, when his father started him taking the routine of exercises to which he still adhered. Two hours each day, Doc exercised intensively all his muscles, senses, and his brain.

As a result of these exercises, Doc possessed a strength superhuman. There was no magic about it, though. Doc had simply built up muscle intensively all his life.

Doc’s mental training had started with medicine and surgery. It had branched out to include all arts and sciences. Just as Doc could easily overpower the gorilla-like Monk in spite of his great strength, so did Doc know more about chemistry. And that applied to Renny, the engineer; Long Tom, the electrical wizard; Johnny, the geologist and the archaeologist; and Ham, the lawyer.

Doc had been well trained for his work.”
― Lester Dent, Doc Savage: The Man of Bronze
0 likes
Like

Who do you think was the most influential of the Pulp Magazine Era authors?