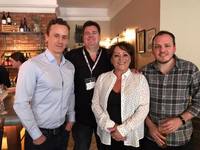 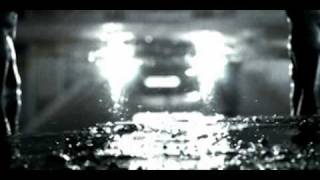 Born
The United Kingdom
Website
http://www.tomwoodbooks.com
Twitter
TheTomWood
Genre
Mystery & Thrillers, Suspense, Thriller
Member Since
April 2011
URL
https://www.goodreads.com/tomwood
edit data
He is the author of the Victor series of 8 novels and 2 ebook novellas. Tom also wrote the standalone thriller A Knock at the Door under the pseudonym T W Ellis

Subscribe to Tom's newsletter to stay up-to-date, and have the chance of winning signed copies and more: tomwoodbooks.com/newsletter


He is the author of the Victor series of 8 novels and 2 ebook novellas. Tom also wrote the standalone thriller A Knock at the Door under the pseudonym T W Ellis

Subscribe to Tom's newsletter to stay up-to-date, and have the chance of winning signed copies and more: tomwoodbooks.com/newsletter

Mieke Leaerts fantastic book series you are a very good writer I hope that many more victor stories may follow a am a fan from belgum :)
Jul 18, 2020 10:50AM

“Victor waited until Ozols had passed out of the light before squeezing the trigger with smooth, even pressure. Suppressed gunshots interrupted the early morning stillness. Ozols was hit in the sternum, twice in rapid succession. The bullets were low powered, subsonic 5.7 mm, but larger rounds could have been no more fatal. Copper-encased lead tore through skin, bone, and heart before lodging side by side between vertebrae. Ozols collapsed backward, hitting the ground with a dull thud, arms outstretched, head rolling to one side. Victor melted out of the darkness and took a measured step forward. He angled the FN Five-seveN and put a bullet through Ozols’s temple. He was already dead, but in Victor’s opinion there was no such thing as overkill.”
― Tom Wood, The Hunter
6 likes
Like

“Funny, because the way I see it, the more friends I have, the better I’m doing at life.” “Ah,” Victor said, “but friends can be bought. Enemies are always earned.”
― Tom Wood, A Time To Die
4 likes
Like

“No one was infallible, but mistakes had to be acknowledged and absorbed with a conscious self-examination if they were to become useful experience and not remain as failure.”
― Tom Wood, A Time To Die
2 likes
Like

What book would you like to read for our June Random Read Group Read?

Sarah Pinborough
author of
Behind He...

Will Carver
author of
Good Sama...

Howard Linskey
author of
The Chose...

Bernard Cornwell
author of
The Last ...

Softbananas wrote: "Hi Tom
I've read all your books now ...... time for another.
Do you have any in the oven?"

Yes! Out next month in the UK and August in the US

I do hope you will consider joining " A Good Thriller", one of my favourite authors will be doing a Q & A for my group on the 14th of July.