Tunnels.....
Come learn about all of the dark secrets that lie under your feet. Find out about a series of corrupt politicians who founded this country and shaped the Constitution who built a series of smuggling tunnels to avoid paying taxes. Maybe we might be able to see some sealed tunnel entrances in the basement too....

Part of Salem, Ma First Fridays Salem House Press author/illustrator will be talking about the tunnels in town and signing his books
Salem Secret Underground: The History of the Tunnels in the City and the
Salem Trilogy. Pamplemousse will be offering some great wines from off their shelves to sample and one of Salem's best musicians will be playing for your entertainment.

BOOK RELEASE FOR "A WALK ABOVE SALEM" JANUARY 20TH 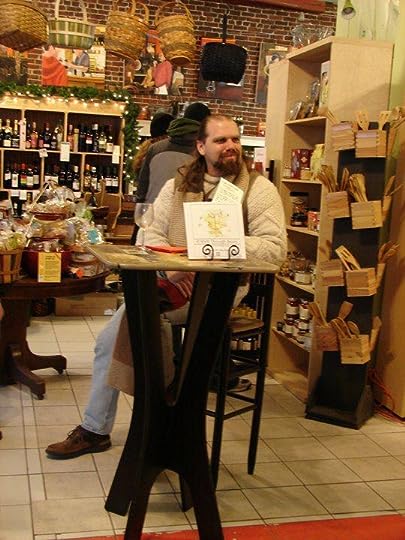 Hello,
Come down to Front Street Coffee House in Salem, Ma on Sunday January 20th for the book release of "A Walk Above Salem" in between the hours of 2PM to 4 PM. Refreshments, Nerf guns,pea shooters will be in the offering as you enjoy some music from the areas best musicians. Plus author/illustrator Chris Dowgin will be there signing books and creating free personalized illustrations inside of the front covers of all the books that are sold that day from "The Salem Trilogy".

A Walk Above Salem is the last book in the "Salem Trilogy" that details the war in the skies between the Mack Industrial School for Girls and the Salem Boys Fraternity. The weapons of choice; peashooters and Nerf guns.

So come on by and meet some of the characters from the book and try your hand at shooting people with a peashooter.

HAPPY NEW YEAR
Check Out Our New Animated Web Sight Filled With Live Webcams from the Magical Whimsical Side of Salem.
Hit the Like Button to Share With Your Friends! 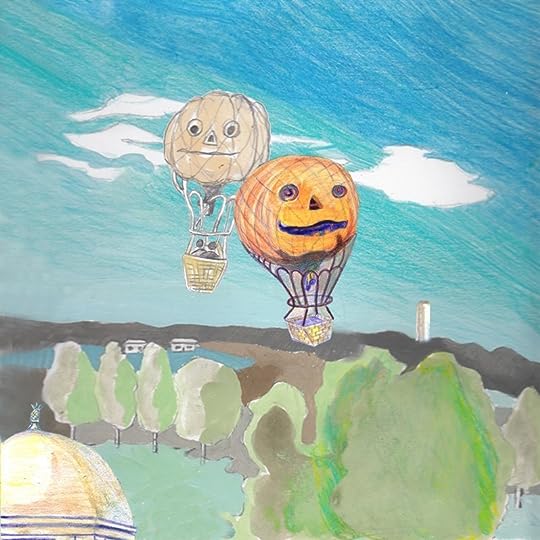 Where is this in Salem?

Where is this in Salem?

See how a two toned brown rabbit comes to love himself in a world of Rainbow rabbits who think he is invisible. A great tale to let a young one know it is wonderful just to be you!
[image error]

The old Woolworth in Salem before the malls took over the world.

[image error]
Every Thursday at 271 Essex Street at 8 PM at the Gathering Church (on the Pedestrian Mall behind Old Town Hall) tour the basement and see the various tunnel entrance, trapdoors, and secret doors. Learn the history of the smuggling tunnels in Salem and the pirates, merchants, and politicians who made them. What do a president, a secretary of the Navy, a Supreme Court Justice, and a handful of Senators and Representatives have in common? Find out under Salem!
Like  •  0 comments  •  flag 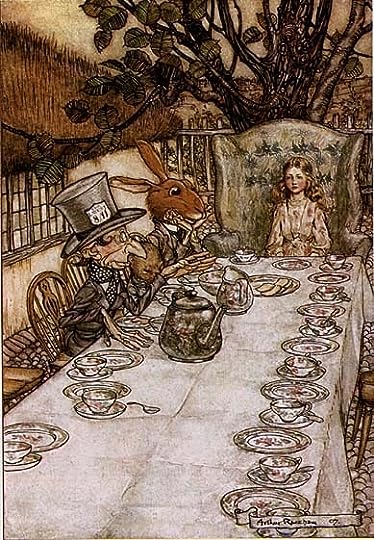 Rackham was born in London as one of 12 children. At the age of 18, he worked as a clerk at the Westminster Fire Office and began studying part-time at the Lambeth School of Art.[1]

In 1892 he left his job and started working for The Westminster Budget as a reporter and illustrator. His first book illustrations were published in 1893 in To the Other Side by Thomas Rhodes, but his first serious commission was in 1894 for The Dolly Dialogues, the collected sketches of Anthony Hope, who later went on to write The Prisoner of Zenda. Book illustrating then became Rackham's career for the rest of his life.

In 1903 he married Edyth Starkie, with whom he had one daughter, Barbara, in 1908. Rackham won a gold medal at the Milan International Exhibition in 1906 and another one at the Barcelona International Exposition in 1912.[2] His works were included in numerous exhibitions, including one at the Louvre in Paris in 1914. Arthur Rackham died in 1939 of cancer in his home in Limpsfield, Surrey.
[edit] Technique

Rackham invented his own unique technique which resembled photographic reproduction; he would first sketch an outline of his drawing, then lightly block in shapes and details. Afterwards he would add lines in pen and India ink, removing the pencil traces after it had dried. With colour pictures, he would then apply multiple washes of colour until transparent tints were created. He would also go on to expand the use of silhouette cuts in illustration work.[3]

Typically, Rackham contributed both colour and monotone illustrations towards the works incorporating his images - and in the case of Hawthorne's Wonder Book, he also provided a number of part-coloured block images similar in style to Meiji era Japanese woodblocks.
[edit] Influence

In one of the featurettes on the DVD of Pan's Labyrinth, and in the commentary track for Hellboy, director Guillermo Del Toro cites Rackham as an influence on the design of "The Faun" of Pan's Labyrinth. He liked the dark tone of Rackham's gritty realistic drawings and had decided to incorporate this into the film. In Hellboy, the design of the tree growing out of the altar in the ruined abbey off the coast of Scotland where Hellboy was brought over, is actually referred to as a "Rackham tree" by the director.
[edit] Notable works

Every Thursday at 271 Essex Street at 8 PM at the Gathering Church (on the Pedestrian Mall behind Old Town Hall) tour the basement and see the various tunnel entrance, trapdoors, and secret doors. Learn the history of the smuggling tunnels in Salem and the pirates, merchants, and politicians who made them. What do a president, a secretary of the Navy, a Supreme Court Justice, and a handful of Senators and Representatives have in common? Find out under Salem!
Like  •  0 comments  •  flag

A Walk Through Salem, Ma

Plus I will post my illustrations from my books "A Walk Through Salem" and "A walk Under Salem" along with the great illustrators from history. So lets share a conversation and a cup of Lapsang souchong Tea.