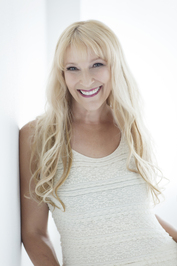 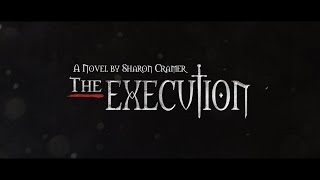 Hard at work on her new Sci-Fi, Fantasy series, THE CERULEAN STAR, she also creates children’s picture books, including the multi-award winning MARLOW and the MONSTER.

When not surfing black matter threads and planning historical ruin and perfectly crushed hearts, Sharon can be found wandering around Eastern Washington.
Driven by sleeplessness and an endless draw to the keyboard (and the occasional extra strong coffee), she is inspired by unorthodox friends and extreme weather. M Sharon Cramer is an aspiring time-traveler, alien princess, and master painter of Halloween faces. In the meantime, she writes from a dank, dark cave, somewhere in Washington State. THE EXECUTION is her breakthrough novel and the first of The WINTERGRAVE CHRONICLES.

Hard at work on her new Sci-Fi, Fantasy series, THE CERULEAN STAR, she also creates children’s picture books, including the multi-award winning MARLOW and the MONSTER.

When not surfing black matter threads and planning historical ruin and perfectly crushed hearts, Sharon can be found wandering around Eastern Washington.
Driven by sleeplessness and an endless draw to the keyboard (and the occasional extra strong coffee), she is inspired by unorthodox friends and extreme weather. Mother to three sons, a good horse, and several dozen fish (most of which have names), she is married to a man who surely has won the Nobel Prize for Extreme Tolerance. ...more

It's finally here! The wait is over—the third installment of the Wintergrave Chronicles is here! Read on…

The silver-haired beauty with eyes the color of a dying rose is the only daughter of Ravan and Nicolette. She wanders the Wintergrave Realm like no other, unseen and unheard—sharing an extraordinary gift. The Wintergrave Dynasty’s strange daughter—she beloved by all Read more of this blog post »
1 like · Like  •  0 comments  •  flag

3.55 avg rating — 1,048 ratings
Quotes by Sharon Cramer  (?)
Quotes are added by the Goodreads community and are not verified by Goodreads. (Learn more)
“in November was dismal. It was a time of short gray days and long”
― Sharon Cramer, The Execution
0 likes
Like

“He slid deeper into the chair, snorted to himself, and thought about the time will mend a broken heart theory, deciding it was rubbish after all. He thought to himself that time was more of a thief. It stole fragments of a broken heart and hid them beneath the crusted surface of the soul.”
― Sharon Cramer, The Execution
0 likes
Like

“All depression has its roots in self-pity, and all self-pity is rooted in people taking themselves too seriously.”

At the time Switters had disputed her assertion. Even at seventeen, he was aware that depression could have chemical causes.

“The key word here is roots,” Maestra had countered. “The roots of depression. For most people, self-awareness and self-pity blossom simultaneously in early adolescence. It's about that time that we start viewing the world as something other than a whoop-de-doo playground, we start to experience personally how threatening it can be, how cruel and unjust. At the very moment when we become, for the first time, both introspective and socially conscientious, we receive the bad news that the world, by and large, doesn't give a rat's ass. Even an old tomato like me can recall how painful, scary, and disillusioning that realization was. So, there's a tendency, then, to slip into rage and self-pity, which if indulged, can fester into bouts of depression.”

“Don't interrupt. Now, unless someone stronger and wiser—a friend, a parent, a novelist, filmmaker, teacher, or musician—can josh us out of it, can elevate us and show us how petty and pompous and monumentally useless it is to take ourselves so seriously, then depression can become a habit, which, in tern, can produce a neurological imprint. Are you with me? Gradually, our brain chemistry becomes conditioned to react to negative stimuli in a particular, predictable way. One thing'll go wrong and it'll automatically switch on its blender and mix us that black cocktail, the ol’ doomsday daiquiri, and before we know it, we’re soused to the gills from the inside out. Once depression has become electrochemically integrated, it can be extremely difficult to philosophically or psychologically override it; by then it's playing by physical rules, a whole different ball game. That's why, Switters my dearest, every time you've shown signs of feeling sorry for yourself, I've played my blues records really loud or read to you from The Horse’s Mouth. And that’s why when you’ve exhibited the slightest tendency toward self-importance, I’ve reminded you that you and me— you and I: excuse me—may be every bit as important as the President or the pope or the biggest prime-time icon in Hollywood, but none of us is much more than a pimple on the ass-end of creation, so let’s not get carried away with ourselves. Preventive medicine, boy. It’s preventive medicine.”

“But what about self-esteem?”

“Heh! Self-esteem is for sissies. Accept that you’re a pimple and try to keep a lively sense of humor about it. That way lies grace—and maybe even glory.”
― Tom Robbins, Fierce Invalids Home from Hot Climates
tags: depression, mentor, one-woman-s-opinion, opinion, self-awareness, self-pity, teacher
363 likes
Like

GOOD REVIEWS — 8044 members — last activity 17 hours, 6 min ago
This Group is only for authors who are looking for reviews and Reviewers who love to read books and share their reviews.