Discover new books on Goodreads
See if your friends have read any of S.T. Joshi's books 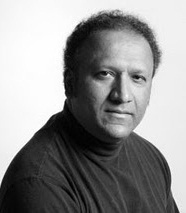 Born
in Pune, India
June 22, 1958
Website
http://www.stjoshi.org/
Genre
Nonfiction, Biographies & Memoirs, Literature & Fiction
edit data
Sunand Tryambak Joshi is an Indian American literary scholar, and a leading figure in the study of Howard Phillips Lovecraft and other authors. Besides what some critics consider to be the definitive biography of Lovecraft (H. P. Lovecraft: A Life, 1996), Joshi has written about Ambrose Bierce, H. L. Mencken, Lord Dunsany, and M.R. James, and has edited collections of their works.

His literary criticism is notable for its emphases upon readability and the dominant worldviews of the authors in question; his The Weird Tale looks at six acknowledged masters of horror and fantasy (namely Arthur Machen, Algernon Blackwood, Dunsany, M. R. James, Bierce and Lovecraft), and discusses their respective worldviews in depth and with authority. A follow- Sunand Tryambak Joshi is an Indian American literary scholar, and a leading figure in the study of Howard Phillips Lovecraft and other authors. Besides what some critics consider to be the definitive biography of Lovecraft (H. P. Lovecraft: A Life, 1996), Joshi has written about Ambrose Bierce, H. L. Mencken, Lord Dunsany, and M.R. James, and has edited collections of their works.

In addition to literary criticism, Joshi has also edited books on atheism and social relations, including Documents of American Prejudice (1999), an annotated collection of American racist writings; In Her Place (2006), which collects written examples of prejudice against women; and Atheism: A Reader (2000), which collects atheistic writings by such people as Antony Flew, George Eliot, Bertrand Russell, Emma Goldman, Gore Vidal and Carl Sagan, among others. An Agnostic Reader, collecting pieces by such writers as Isaac Asimov, John William Draper, Albert Einstein, Frederic Harrison, Thomas Henry Huxley, Robert Ingersoll, Corliss Lamont, Arthur Schopenhauer and Edward Westermarck, was published in 2007.

In 2006 he published The Angry Right: Why Conservatives Keep Getting It Wrong, which criticised the political writings of such commentators as William F. Buckley, Jr., Russell Kirk, David and Rush Limbaugh, Ann Coulter, Phyllis Schlafly, William Bennett, Gertrude Himmelfarb and Irving and William Kristol, arguing that, despite the efforts of right-wing polemicists, the values of the American people have become steadily more liberal over time.

Joshi, who lives with his wife in Moravia, New York, has stated on his website that his most noteworthy achievements thus far have been his biography of Lovecraft, H. P. Lovecraft: A Life and The Weird Tale. ...more

The Madness of Cthulhu (2 books)
by
S.T. Joshi

“The atheist, agnostic, or secularist ... should not be cowed by exaggerated sensitivity to people's religious beliefs and fail to speak vigorously and pointedly when the devout put forth arguments manifestly contrary to all the acquired knowledge of the past two or three millennia. Those who advocate a piece of folly like the theory of an 'intelligent creator' should be held accountable for their folly; they have no right to be offended for being called fools until they establish that they are not in fact fools. Religiously inclined writers like Stephen L Carter may plead that 'respect' should be accorded to religious views in public discourse, but he neglects to demonstrate that those views are worthy of respect. All secularists -- scientists, literary figures, even politicians (if there are any such with the requisite courage) -- should speak out on the issue when the opportunity presents itself.”
― S.T. Joshi, Atheism: A Reader
tags: agnostic, atheist, belief, foolish, outdated, respect, secularist, sensitivity, truth
8 likes
Like

“God's existence needs to be established independently before he can be brought into account for causation; it cannot be assumed at the start.”
― S.T. Joshi, God's Defenders: What They Believe and Why They Are Wrong
tags: argument, burden-of-proof, causation, existence, logic
7 likes
Like

Is this you? Let us know. If not, help out and invite S.T. to Goodreads.