I make bread every couple of days, sometimes by hand, sometimes in my trusty Panasonic bread machine. Even in the machine, however, results are hard to duplicate. Every loaf is different. Today's olive bread, for example, usually easy to make, would not rise properly. 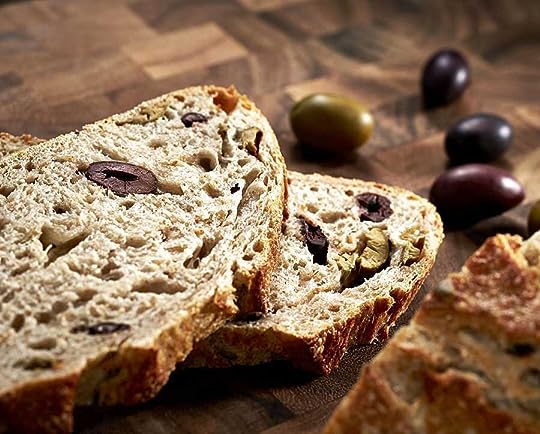 It's hard to say why, because bread making is a combination of several disciplines: biology (getting the yeast to grow), chemistry (getting all the ingredients to react well), physics (the perfect amount of kneading) and thermodynamics (using heat correctly to bake the whole concoction).

But there is also a metaphysical dimension, which gives bread its place at the centre of so much religious thought, a magical laying-on-of-hands and coming-to-life which transforms inanimate ingredients into the very staff of life.

The whole kitchen feels different (to me, at least) when bread is rising. There is an expectant hush. A risen loaf is a gleaming, swollen, fertile thing, like the belly of a pregnant woman. And of course, the triumphant smell of freshly-baked bread is glorious.

All this means that I can't simply throw a failed loaf away. It has to be eaten, whether good or bad, because it is what it is.

So I will reflect on these things as I munch my olive bread tonight, and hope to do better tomorrow.
6 likes · Like  •  5 comments  •  flag

Tools Of The Trade

Tools of the trade.

The word "pen" is derived from the Latin "penna," a feather – because, of course, for many centuries people wrote with quill pens, trimming and splitting the nibs with sharp little "pen knives." The German "feder," Spanish and Italian "pluma" and French "plume" are all derived from the same thing, ideally plucked from a nice fat goose (which could be paid for by by exerting the feather, together with a little ink). 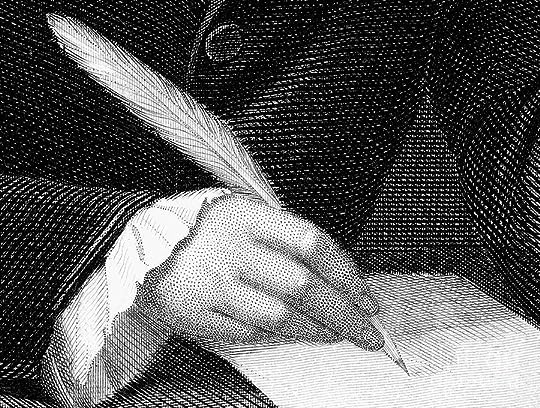 I've always found it an attractive idea that writing should be associated with wings, and that the same, proverbially light scrap of protein should bestow the power of flight on both birds and words.

Interestingly, the word "pencil" has a different derivation, and comes from Latin "penis," a tail. That this word also applies to the male sexual organ is one of those happy Freudian coincidences – or is it? Ay, thereby hangs a tail. It may be worth remembering that "author" derives from the Latin verb "augere," to make something grow, to originate, promote or increase.

These days, of course, pens and pencils have largely given way to keyboards. Although "keyboard" is a fairly recent coinage, dating to the early 19th Century, the use of the word "key" to denote the striking lever of a musical instrument goes back to Mediaeval times. The clavichord was a 15th Century predecessor of the harpsichord and the piano, in which a string (chorda) was struck with a key (clavis). This concept was transferred to typewriters and thence to the computers we now use.

Once again, there is something beguiling about this association, the clicking of our keyboards translating into flowing music. Or not, as the case might be.

The Merry Merry Month Of May

I was lucky enough to be back in leafy Surrey last week, an English county where the Mayflower (or hawthorn) does spectacularly well both in gardens and in the open countryside. A profusion of creamy, heavily-scented blossom was weighing the branches down, a beautiful sight! 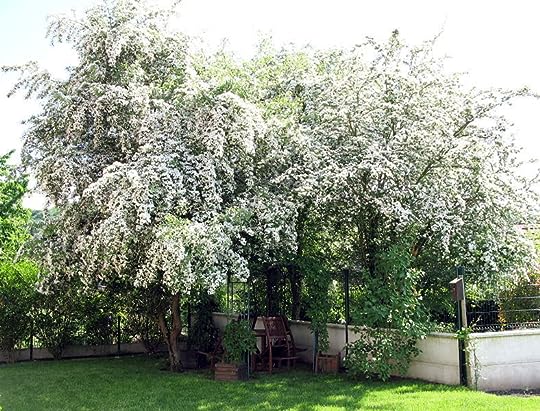 Another highlight of the week was reading Rand McGreal's highly original treatise on economics, "Lost Foundation."

The giveaway of Gabon finishes in a couple of days -- why not enter? It's a fun read with a unique romance at the heart of it!

We're doing another giveaway this month, this time for Gabon, my novel about a young Frenchman sent off to the African colonies after unwisely dallying with the wife of his superior in the civil service.

Reviews to lie for!

I have just been checking the website of my Romanian publisher, Miron, which is studded with fabulous reviews of my books:

"fascinating characters caught in a dangerous game of passion and death, a thrilling plot, in a word -- a unique novel, polished to perfection!" Publishers Weekly

"Literature of the highest quality!" Cosmopolitan

If only they were real... it's true that all those journals did give me nice reviews, but certainly nothing as over-the-top as that. To be compared to a Nobel Laureate would be a feather in my cap, but it didn't happen quite that way; unfortunately, Miron have been taking a few liberties... 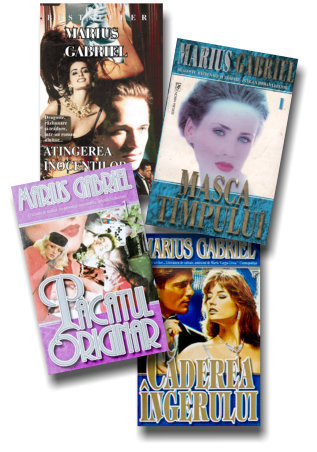 The Original Sin is free on www.amazon.co.uk until tomorrow -- why not grab yourself a copy?

For a short time, I'm publishing my latest novel, Weep No More, on Amazon. 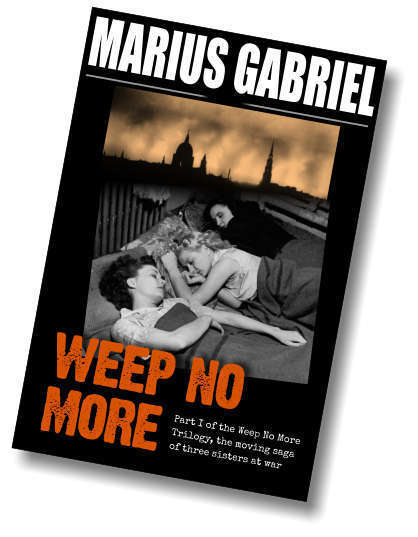 This is the first novel in a planned trilogy, following the lives of three sisters during World War II.

The book is unedited, unpolished, straight from the oven... but if you have 99c to squander, and are interested, why not take a look? And please let me know your opinions, reactions, criticisms...

Books are on their way. 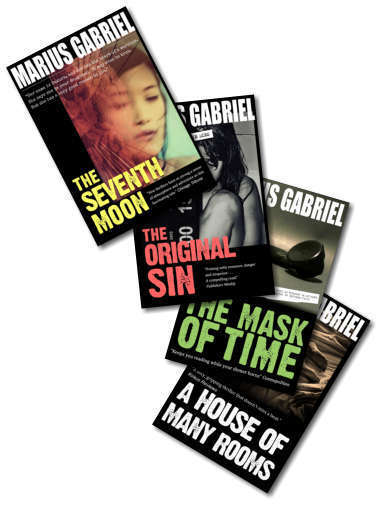 This has only been possible because of my wonderful sister, Suzy Malati, who took over the vast job and ran it like a military campaign. She is the original Yuman Dynamo, and I don't know what I would do without her.
1 like · Like  •  1 comment  •  flag

In the lanes of leafy Surrey last week I noticed that the lovely, heavy-scented, frothy, foamy, white mayflower -- also known as the hawthorn -- is busting out all over. There's no better evidence that Spring is here!

I lived in the North-East of England for many years, where the weather is often very harsh. The local saying is, "Ne'er cast a cloot till may be oot," roughly translated as, "Don't put your winter woollies in mothballs until the hawthorn is in flower."

The scent of the hawthorn is so strong that many people find it overpowering, but I love it, and when I revisit Surrey next week, I will bring a spray back with me to grace my lonely garret !

Three of my giveaways are now completed, one to go.

Thank you so much to everybody who entered!!!

Congratulations to the winners -- your books will be on their way this week -- and commiserations to the other entrants. I'll be posting a new giveaway shortly for two further novels, so please do enter again.

I will also try to find extra copies to send to a couple of the non-winners.

And now to cast one or two cloots...

Taking some advice from The Red Hot Chili Peppers, I am giving away twenty copies each of four of my books on Goodreads. Links below.

The past week has been rather a turbulent one in Egypt. After 24 deaths from Swine Flu, government and other schools are closed until the end of March. In the meantime, weekly protests continue in Cairo, and 26 would-be terrorists, who tried to fire rockets at ships passing through the Suez Canal, have received the death sentence. Their only hope now is that the Grand Mufti, the religious authority in Egypt, will have mercy on them. I'm rather glad to be going back to London for a couple of weeks -- even though more terrible weather is looming in the Northern Hemisphere...

All in all, curling up with a good book seems like a good idea.

The Mask Of Time

A House Of Many Rooms