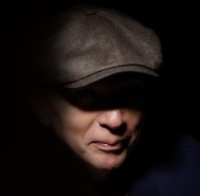 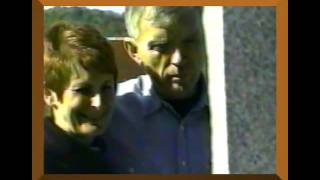 I've been married four times, bankrupt twice, homeless once, and a millionaire once.

I live, very happily, with my wife, Christina, whose CV is as long (or longer) than mine. We love to read I was born in Birmingham, Alabama, 77 years ago. Currently I live in Huntsville, Alabama, which is a little over 100 miles north of Birmingham. I didn't get to Huntsville via Interstate 65. Rather, I arrived here after living in Trussville and Childersburg, Alabama; Palatka and Jacksonville, Florida; Georgia, South Carolina, Indiana, Texas, Vietnam, Mobile (Alabama), Laurel (Mississippi), Memphis, and Mentone, Alabama.

I've been married four times, bankrupt twice, homeless once, and a millionaire once.

I live, very happily, with my wife, Christina, whose CV is as long (or longer) than mine. We love to read and write. We are self-published on Kindle, Barnes and Noble (Nook) and Smashwords. ...more

Ben Jenkins crossed the state line and the New York Thruway soon became the Connecticut Freeway. He was the the least publicly known of the three journeying to Green Mountain, though for a few minutes on Christmas Eve, ten years earlier, the eyes of the world had been on him. Those few minutes of fame were the reason he’d given up his comfortable life and become a recluse, living in a s

“Moonlight floods the whole sky from horizon to horizon;
How much it can fill your room depends on its windows.”
― Rumi, The Essential Rumi
tags: esoteric-wisdom, metaphysics, rumi
460 likes

“We need another and a wiser and perhaps a more mystical concept of animals. Remote from universal nature and living by complicated artifice, man in civilization surveys the creature through the glass of his knowledge and sees thereby a feather magnified and the whole image in distortion. We patronize them for their incompleteness, for their tragic fate for having taken form so far below ourselves. And therein do we err. For the animal shall not be measured by man. In a world older and more complete than ours, they move finished and complete, gifted with the extension of the senses we have lost or never attained, living by voices we shall never hear. They are not brethren, they are not underlings: they are other nations, caught with ourselves in the net of life and time, fellow prisoners of the splendour and travail of the earth.”
― Henry Beston, The Outermost House: A Year of Life on the Great Beach of Cape Cod
tags: animals
283 likes

Jean Ferris
author of
Once Upon...

Stuart Ross McCallum
author of
Beyond My...

Rebecca Brown
author of
The Gifts...

Very glad to have you as a friend here on Goodreads! It's a wonderful site.

Best wishes for happiness & success for you!

If I was slow to thank you it wasn't because I don't care - there are a lot of buttons to push and I feel a lot like Alice in Wonderland trying to find my way. Anyway, thank you very much.

Thanks for looking me up, Bert.

Thanks for the friend request. :) Hope you're having a fantastic summer.