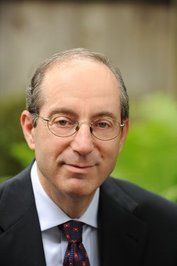 · 15,382 ratings · 930 reviews · 9 distinct works • Similar authors
More books by Jay Winik…
Quotes by Jay Winik  (?)
Quotes are added by the Goodreads community and are not verified by Goodreads. (Learn more)
“(Jefferson) was deeply suspicious of Hamilton's assumption plan (by which the nation would assume responsibility for the states' individual war debts.) He feared this was yet another example of the avaricious hand of the unscrupulous money powers, the sprawling, hydra-headed creature associated with banks, stock markets and devious speculators, especially in New York, Boston, and the City of London, not to mention unrepublican, unAmerican attitudes of all kinds - everything he despised.”
― Jay Winik, The Great Upheaval: America and the Birth of the Modern World, 1788-1800
4 likes
Like

“Most civil wars, in fact, end quite badly, and history is rife with lessons that how wars end is every bit as crucial as why they start and how they are waged.”
― Jay Winik, April 1865: The Month That Saved America
tags: american-civil-war, history
3 likes
Like

“Every one I talk to is in favor of putting negroes in the army and that immediately … I think slavery is now gone and what little there is left of it should be rendered as serviceable as possible.” For her part, Mary Chesnut lamented, “If we had only freed the negroes at first and put them in the army—that would have trumped [the Union’s] trick.”
― Jay Winik, April 1865: The Month That Saved America
tags: american-civil-war, confederate-states-of-america
2 likes
Like

Is this you? Let us know. If not, help out and invite Jay to Goodreads.