,
Discover new books on Goodreads
See if your friends have read any of Michael Herr's books 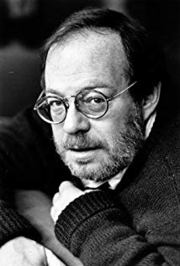 Born
in Lexington, Kentucky, The United States
April 13, 1940
Died
June 23, 2016
Genre
Fiction, Memoir, Nonfiction
edit data
Michael Herr was a novelist and war correspondent. Born in Lexington, Kentucky in 1940, he began reporting from Vietnam for Esquire in the 1960s, during the height of the war. He later chronicled those experiences in his memoir, Dispatches. He is the author of three other books, The Big Room, Walter Winchell, and Kubrick, and coauthor of the screenplays for Apocalypse Now and Full Metal Jacket. Herr later contributed to the narration sections of Best Picture Oscar nominee Apocalypse Now (1979) and co-wrote the screenplay for Full Metal Jacket (1987), for which Herr shared an adapted screenplay Oscar nomination with Stanley Kubrick and Gustav Hasford.He died in 2016 at the age of 76.

· 19,474 ratings · 1,322 reviews · 12 distinct works • Similar authors
More books by Michael Herr…
Quotes by Michael Herr  (?)
Quotes are added by the Goodreads community and are not verified by Goodreads. (Learn more)
“I keep thinking about all the kids who got wiped out by seventeen years of war movies before coming to Vietnam to get wiped out for good. You don’t know what a media freak is until you’ve seen the way a few of those grunts would run around during a fight when they knew that there was a television crew nearby; they were actually making war movies in their heads, doing little guts-and-glory Leatherneck tap dances under fire, getting their pimples shot off for the networks. They were insane, but the war hadn’t done that to them. Most combat troops stopped thinking of the war as an adventure after their first few firefights, but there were always the ones who couldn’t let that go, these few who were up there doing numbers for the cameras… We’d all seen too many movies, stayed too long in Television City, years of media glut had made certain connections difficult.”
― Michael Herr, Dispatches
18 likes
Like

“How many times did someone have to run in front of a machine gun before it became an act of cowardice?”
― Michael Herr, Dispatches
16 likes
Like

“...if that energy could have been channelled into anything more than noise, waste and pain it would have lighted up Indochina for a thousand years.”
― Michael Herr
tags: dispatches, memoir
12 likes
Like