,
Discover new books on Goodreads
See if your friends have read any of Debbie Nathan's books 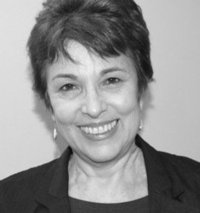 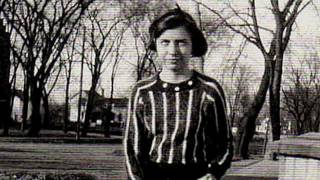 Debbie Nathan is currently reading
LEFT BEHIND. Life and Death Along the US Border
by Jonathan Hollingsworth
bookshelves: currently-reading

More of Debbie's books…
Quotes by Debbie Nathan  (?)
Quotes are added by the Goodreads community and are not verified by Goodreads. (Learn more)
“It was getting harder, however. American magazines still looked shiny and lively, but by the early 1960s, writers like Flora were sensing trouble. With television's exploding popularity, more and more people were staring at screens instead of turning pages. Big corporations like car manufacturers were pulling their advertising dollars out of print and spending them on the airwaves. Magazines were bleeding ad pages and readers, and editors scrambled to balance budgets by retooling audiences.”
― Debbie Nathan, Sybil Exposed: The Extraordinary Story Behind the Famous Multiple Personality Case
tags: print-media, television
3 likes
Like

“Indeed, the vast majority of unwed mothers younger than eighteen are indigent, and a substantial minority of their babies’ fathers are men who are at least six years their senior—which in most states legally defines the mothers as child sex-abuse victims.1 Yet teenage mothers usually call these men their boyfriends. And although their attempts to find fulfillment with older partners may in the long run fail, few would call themselves victims of sexual abuse. The lack of better words to describe their problematic experience with older men, and the young women’s own refusal to adopt victim identities, make them easy scapegoats for conservatives anxious to cast them not as innocent children but as sluts—and to justify cuts in welfare spending for them and their offspring.”
― Debbie Nathan, Satan's Silence
1 likes
Like

“So what if he didn’t have a heartbeat? The boy was a keeper.”
― Maggie LaCroix
tags: romance
1 likes
Like

“I’m not like you,” he said. “I used to be like you, but I’m not anymore.”
“What are you? A vampire?”
He had to laugh. “Of course not!”
Then, he blurted it out. “We’re zombies.”
This time, Josie drew her hand back, cradling it as if it had been wounded by its contact with his skin.
“Zombies? Like in the movies? But how? You guys are so . . . sexy!”
― Maggie LaCroix
tags: romance
1 likes
Like