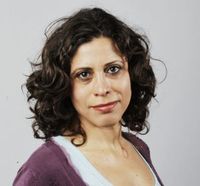 “White women can oscillate between their gender and their race, between being the oppressed and the oppressor. Women of color are never permitted to exist outside of these constraints: we are both women and people of color and we are always seen and treated as such.”
― Ruby Hamad, White Tears/Brown Scars: How White Feminism Betrays Women of Color
tags: feminism, misogyny, racism, sexism, white-women, whiteness, women-of-color
12 likes
Like

“Women of color have to not only battle white patriarchy and that of their own culture, but must also contend with colonialism, neocolonialism, imperialism, and other forms of racism. Given white women have never had to deal with racial and colonial oppression, it is not surprising — though it is certainly regrettable — that so many of them still regard feminism as a movement purely concerned with gender, leaving racialized women to keep trying to draw their attention to the ways in which various oppressions affect our lives. Until white women reckon with this, mainstream Western feminism cannot be anything more than another iteration of white supremacy.”
― Ruby Hamad, White Tears/Brown Scars: How White Feminism Betrays Women of Color
6 likes
Like

Is this you? Let us know. If not, help out and invite Ruby to Goodreads.