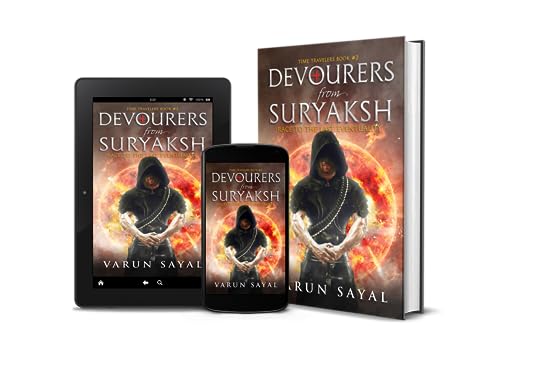 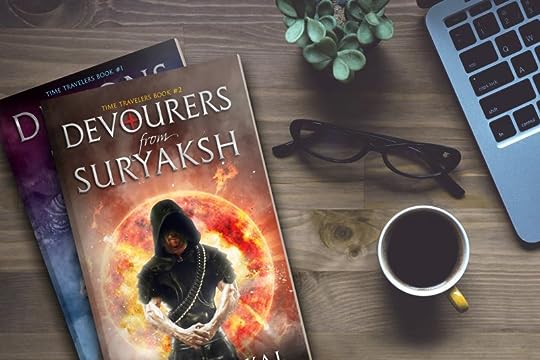 My review of Black Holes: The Reith Lectures by Stephen Hawking

I must admit that I am attracted to black holes if not by their immense gravitational power then by the mysticism that surrounds their existence and functioning. These powerful, enormous cosmic entities, these mysterious objects have so much happening within and around them that even a thousand theoretical papers are not enough to capture the nuances of their existence.

And this beautiful little book Black Holes: The Reith Lectures by Stephen Hawking was just the thing to spike my curiosity. The book has Hawking's lectures on black holes with some added comments by the journalist does provide some dew drops of knowledge to the reader. Simplistic language and to the point narration makes it a short impactful read. The illustrations in there are funny, but I was interested in the text. A couple of mind-blowing concepts in there such as alternate histories are something I would want to read more about.

My reaction after reading this book:

Paperback copies for my book are available across all major marketplaces now. Grab a copy today: Demons of Time 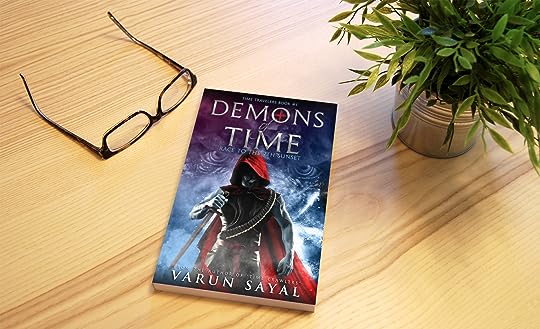 "Demons of Time" comes out on 15th April 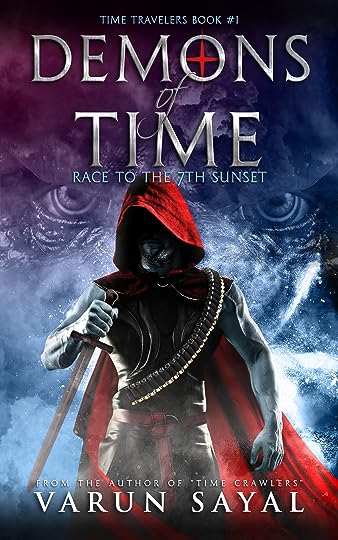 My next book Demons of Time: Race to the 7th Sunset comes out on this April 15th. This book is different from my previous book Time-Crawlers, because this is a full novel, single story.

This book weaves Science Fiction with Fantasy and the story moves at a fast pace, and is set in an alternate reality where time-traveling entities called time-demons exist and thrive on earth. This story is about a time-traveling hero armed with a necromancy spell, who travels from 3057 BC to 2024 AD chasing a dark shadow from his past. He has only seven days before the apocalypse becomes inevitable.

This book is also the first in Time Travelers series. Hope you enjoy it it!

3077 BC. Ancient India. A young child Tej and his mother were rescued from the atrocities of Kumbh, a demon of time. Their savior Rigu, a well-known sage, captured Kumbh inside a time-prison. Twenty years later, Tej's scars have healed, but the fire of revenge burns inside him, unabated.

Rigu reveals to Tej that Kumbh has escaped his time-prison and plans to decimate human life on a global scale. Tej has a chance to satiate his thirst for vengeance, but he must travel five thousand years into the future to the year 2024 AD and re-capture the demon. He races against time as he has only seven days, after which Kumbh will be invincible.
3 likes · Like  •  0 comments  •  flag

Are we living inside a video game?

While working on one of my Science Fiction stories, I was doing a thought experiment on various ideas and theories which now point towards the fact that we may very well be living inside a video game. 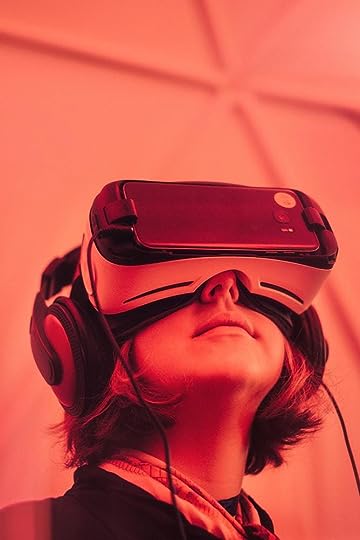 The theory is that we are just characters inside a very powerful near-real simulation. Our bodies are pre-designed avatars in this game and our actual bodies/souls are outside this game. When we enter coins in the game, we are born, and when our credit is over, we die. Some choose to role-play this game through rich and famous avatars, while others choose to be poor and tortured ones. It's not a novel idea for sure, Elon Musk talked about it two years ago. Following are some arguments I am putting forward in favor of this theory. Through these arguments I am trying to establish a parlance between our life as we know it and the way a video game is designed:

1. Do we have pre-designed goals in the same way video game has pre-set goals?
Our lives do have pre-designed goals, given to us by society, study, earn, get married, have kids … are these the main goals? No these are side-goals, I believe the main goal is to stay alive. If you do not achieve this goal then it's a "Game Over" situation. Which is why we all have survival instincts, which by the way are the sharpest instincts we have. Because the gamer playing us knows that if she fails this main goal then all her game credits will go waste.

2. A video game has stages where we need to keep progressing, what about that?
Our lives have stages, childhood, adulthood, old age.

3. Why are some people born rich and some so destitute in this world?
It is the function of what do you desire to be in the game and how much game credits do you have. In addition to rich and poor, privileged and destitute, I believe some gamers have very weird desires to experience life, so weird that they in-fact choose animal or plant avatars.

4. Why some people live so long, why some die so early?
Again a function of how many game-credits will allow you to continue living for 100 years and how many will allow you only a few days, hours or minutes of life. Although around 100 years seems to be the max allowed in this game for human avatars.

5. Do we have game simulation failures in our real lives?
Yes, there are, controversial mass experiences such as the Mandela effect, déjà vu experience; all of these seem to be bugs in the game, which at times prevent us from experiencing a game in accordance with its own pre-defined laws. 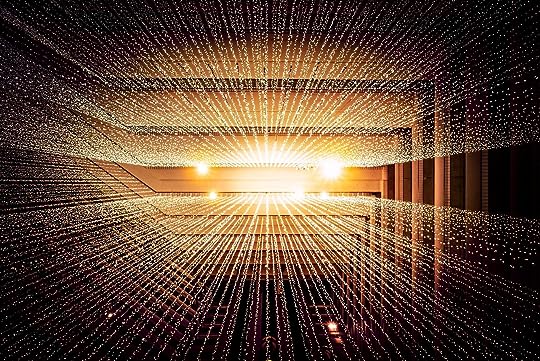 6. Games usually have hackers who do not play by the rules and introduce cheats, who are the hackers here?
Supernatural phenomena such as ghosts, ghouls and phantoms are the hackers, who do get a normal avatar when they enter the game but then decide to take game rules for a ride by applying cheats to do stuff which the game would not allow a normal avatar to do.

8. If our life is nothing but a game, when will this simulation called universe end?
Very difficult to say that, even after the life is virtually destroyed on our planet owing to global warming or asteroid collisions, there would be gamers who would be alive as bacteria avatars, virtually indestructible

9. Who are the actual gamers, if we are just avatars?
Actual gamers are what we call as souls. Which is why it is often said in numerous mythological text that souls leave one body and enter another.

Connections to mythology and religion
– The world is just a myth, an imagination, Maya
– Souls leave one body and enter another, i.e. souls are the actual gamers, who take different avatars
– Many of us at times feel that life is meaningless. This feeling comes to us randomly at times, or just after we have accomplished a major goal … because somewhere deep down, we know it's just a game, with no actual consequences
Consequently the next question can be: Is God a very smart computer programmer? … Perhaps a thought experiment for some other time.

Questions? Comments? Liked this theory? Hated it? Please leave your thoughts, would love to engage and discuss.
16 likes · Like  •  0 comments  •  flag

Truth is stranger than Science Fiction